Sam Knob, one of our best sixer peaks. 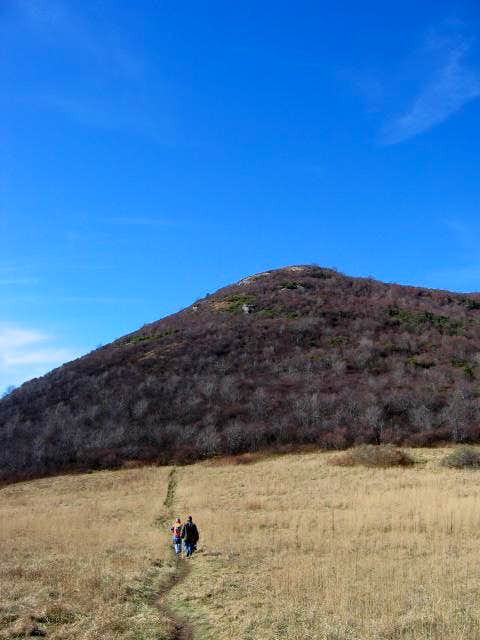 Sam Knob from the gap.

Sam Knob is one of the most rugged and outstanding peaks of the NC high country. If there is a more intimidating mountain in NC, I've yet to see it. The south-facing side of Sam Knob plummets precipitously to the water-carved gorge almost 1800 feet below. Sam Knob is also one of the most recognizable 6er peaks, with its unique double top separated by a shallow gap. The mountain is ringed by steep rocky slopes and some impressive cliff faces. The summit is in grasses and shrubs, with no trees to mention and offers spectacular vistas. The slopes, where not too steep, offer stunted growths of birches and red spruce. 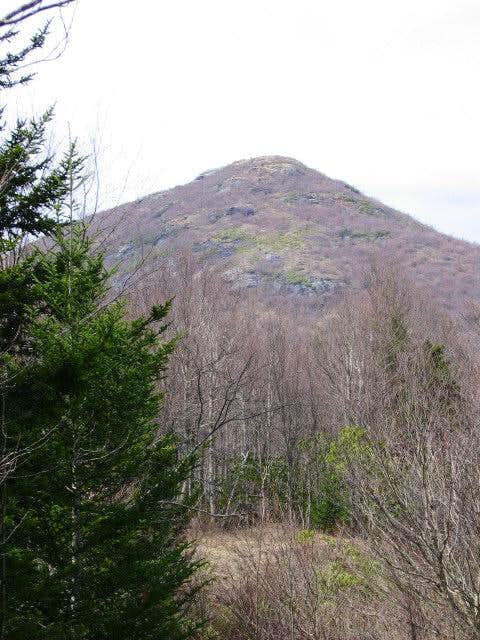 While there is no true treeline on the 6ers of NC, there is a defacto treeline caused by the effects of logging and burning on some of these very high southern peaks. At the turn of the 20th century, Sam Knob and the surrounding 6,000 foot peaks were logged to the bare ground. Subsequently, there were very severe fires that burned the topsoil down to the mineral earth. Because of the severe winters this high, regrowth of the native beech and spruce forests has been slow to nonexistent in some areas. Therefore, some of these mountains, including Sam Knob, appear to be alpine or subalpine. Eventually, maybe in 100 years, they will return to a forested state.

From the Blue Ridge Parkway, either go North from 215, or South from 276 until you come to Road 816, a paved Forest Service motor road leading to some of the highest trailheads in eastern USA. Park at the end of the road and take the Sam Knob Trail. 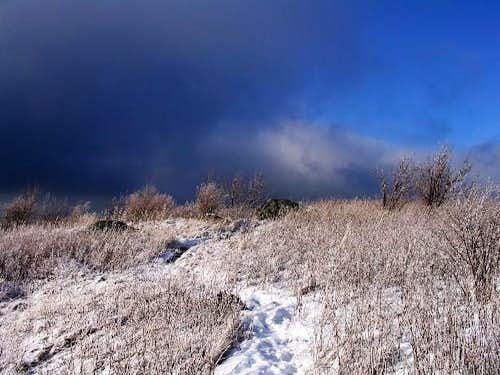 None. If you enter either the Shining Rock Wilderness or the Middle Prong Wilderness, camping parties must be kept to ten people or less. There are no fires allowed in either wilderness. However, Sam Knob lies in the National Forest land between these two wilderness areas and has almost no regulations. One may camp pretty much anywhere, and there are hundreds of prime campsites from which to choose in the high, open meadows, or along the banks of Flat Laurel Creek. 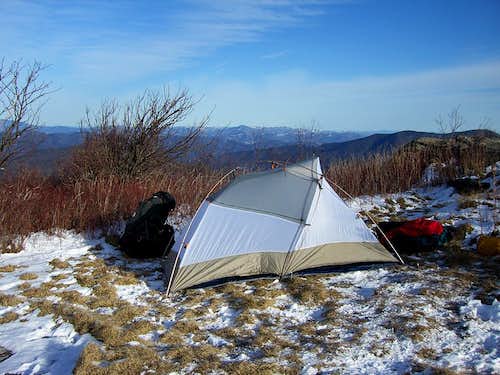 All year. In times of heavy snow, the Blue Ridge Parkway will be closed and access would be available either by cross-country ski, or taking the Flat Laurel Creek Trail from the trailhead there on 215. Even 215 is sometimes blocked by heavy snows. The most popular times to use this area are, of course, Spring and Summer.

Camping is allowed. All around Sam Knob. There are no huts, no fees. It can be very crowded on weekends and on many weekdays during the summer, since Shining Rock Wilderness, adjacent to Sam Knob, is the most popular wilderness in North Carolina. 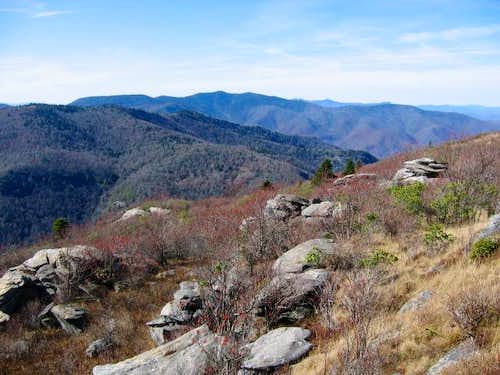