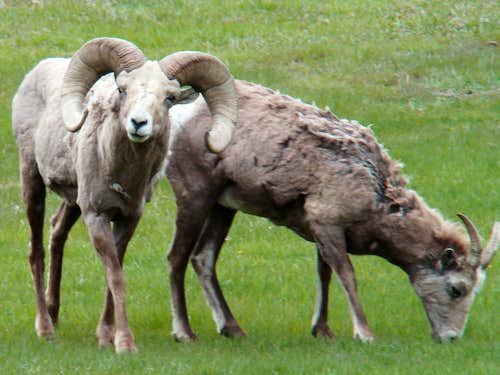 Walter Reed Butte lies in the central part of Nebraska’s Fort Robinson State Park. The Pine Ridge, which extends from Wyoming through Nebraska and into south central South Dakota, is truly a system of ridges. This often makes it hard to pin down exact boundaries for named landmarks. There are some exceptions, but Walter Reed Butte is not one of them. The butte is more like a ridge that lies on a northwest-southeast axis. Walter Reed Butte shows up on only a few maps, and is probably most useful as a name for the rocky high points on a ridge that defines the western side of Mexican Canyon. 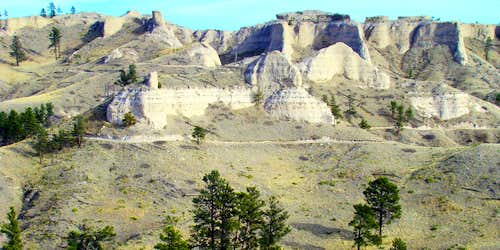 Mexican Canyon is arguably the most scenic canyon at Fort Robinson, with some exceptional rock formations in the soft rock composites that make up the walls. One box canyon, a branch on the east side, offers great photographic opportunities with sheer walls and nature-sculpted rock formations. The scenic rock formations of Mexican Canyon are best accessed by the East Mexican Canyon Trail. For whatever reason, the local bighorn sheep population seems to especially like Walter Reed Butte, and is often found on the butte or nearby. The herd was hit hard by a mite-born disease (non-threatening to humans) from 2012-2013. Game biologists are hoping the worst is past, and are looking for the herd to rebound in the next few years. Efforts by game biologists to introduce new stock to existing Pine Ridge herds have met with some success. 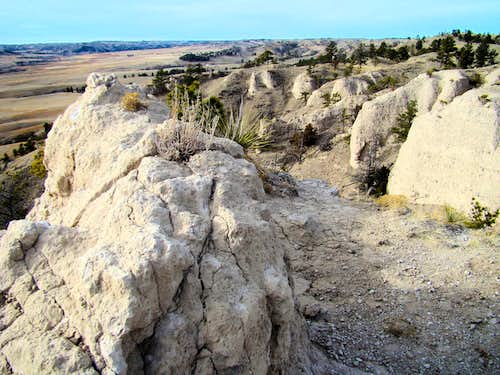 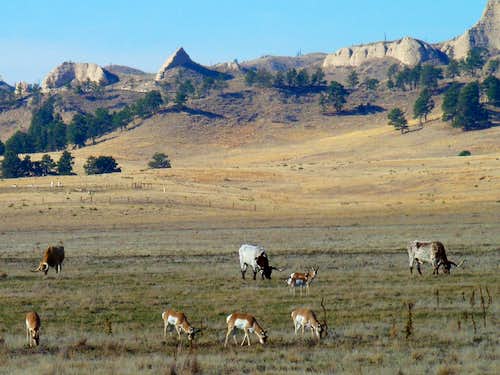 The butte was named after famous Army doctor, Walter Reed, 1851-1902, who was the post surgeon at Ft. Robinson in the 1880s. Reed was the post surgeon when the famous 9th Cavalry unit of Buffalo Soldiers arrived to occupy the post. Reed was best known for leading the research which proved that mosquitoes spread yellow fever, a highly lethal infectious disease. In 1893, he went to teach at George Washington University Medical School, as well as at the Army Medical School in Washington, DC. Walter Reed Army Medical Center, the prestigious hospital in Washington, D.C., used by U.S. presidents and senators, was named for him.

Fort Robinson is about 3 miles west of Crawford, Nebraska on Highway 20. The trail is accessed from the Mexican Canyon Parking Lot, which is just north of Soldier Creek Road, about .7-mile past the historic officers’ homes. 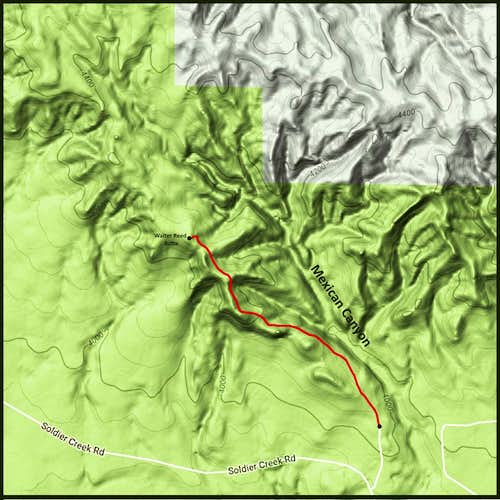 Almost everyone who hikes to the summit goes by way of the Mexican Canyon Trail, which lies along the canyon’s west side. The trail is a two-track road often used by horseback riders, and infrequently by state park service Jeeps. The true high point on the Walter Reed Butte ridge is about 1.4 miles up the trail and is a short bushwhack up the side of the butte. From the trailhead to the high point is about 370 feet in altitude gain. 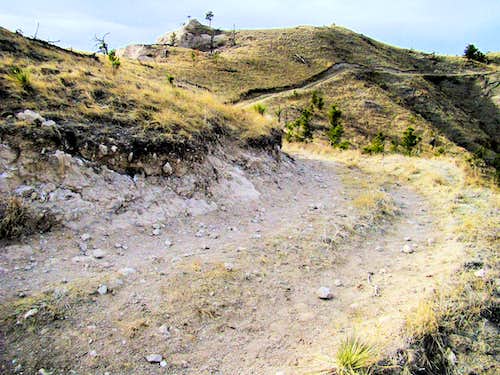 All this is not very difficult to find, and the Nebraska Interactive Trail Map website shows the trail route, as well as connecting trails in the park. The Nebraska National Forest - Oglala National Grassland map shows the area, but with no detail or labels. The USGS Crawford quad map may offer the best details. When you visit Fort Robinson, you will find the staff to be helpful. However, hiking is not the top priority for the officials there and you may not always get the hiking-relevant information you are looking for. It pays to do your research ahead of time. Winter Storm Atlas of 2013 proved to be an unexpected ally for improvement of the park’s trails and trail signage. From 2013 to 2016, there was a significant improvement in both.

You will need a state park vehicle pass to get into Fort Robinson. There are camping fees, and they really do enforce campfire regulations. The whole northwest part of Nebraska has lost over 200 square miles of forests and grasslands in the last few years. Everyone takes fire dangers seriously. That is why there are strict regulations on campfires and fireworks. Consumption of alcoholic beverages is also quite regulated, so be forewarned. 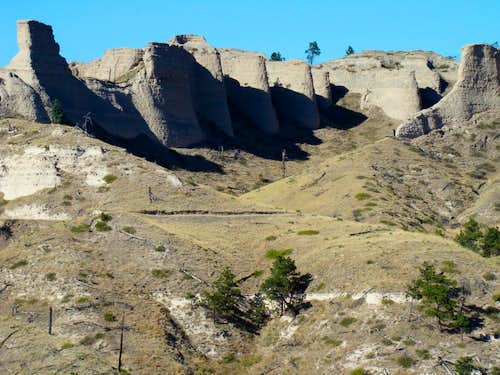 Box Canyon on Mexican Canyon's Side 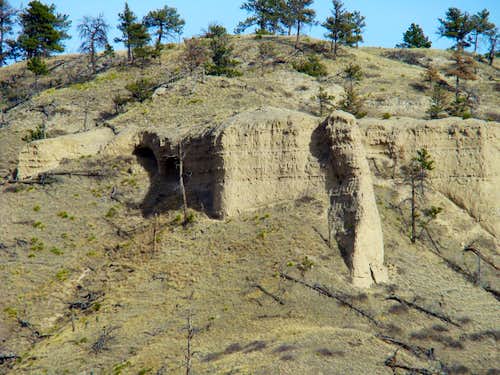 The butte is open to climb any time of the year. But, deer hunting and wild turkey hunting seasons may not be the best times. Call the state park office for more specific information on hunting seasons at Fort Robinson. If you must hike during hunting season, wear lots of orange. There is no winter trail maintenance, so if there is much snow, you may need snowshoes. Summer lightning and hail are things to be clearly concerned about. For the latest weather forecasts and conditions, click on the link below: Fort Robinson – Crawford Area Weather Forecast & Conditions 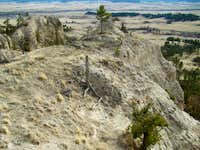 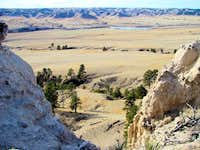 Fort Robinson offers tent and RV camping, as well as lodging in the old barracks and the historic officer’s quarters. You can find out their latest information, including how to make reservations, by clicking on their website: Fort Robinson State Park If you prefer, you may call the state park office at: (308) 665-2900 There is also some camping and at Soldier Creek Wilderness, next to Fort Robinson.