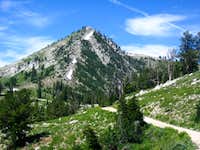 Idaho's Boise Mountains have long been dominated by logging, mining, and off road vehicle usage.  Situated close to the greater Boise Valley, the region sees a fair amount of recreational visits in all seasons.  Good hiking, mountain biking, and trail running opportunities exist. There are even a few technical rock climbs in the region, but most of the terrain is rolling hills topped off at the summits by Fire Lookouts with rough Jeep Roads snaking to the tops. The tallest peak, Two Point Mountain reaches 10,124 but the majority of terrain lies in the 4,000 to 9,000 foot range.

Geographically the Boise Mountains are roughly defined by the Boise National Forest and contain 20 mountain lakes and over 35 named summits. The region is relatively warm and dry- slightly more moist than a typical desert mountain range. Snowfall can be very heavy in the winter and the summers are hot and dry.  Forest fires are always a threat here, given the dry summer conditions, the level of 4WD usage, and the number of hunters visiting the region in the Fall.

Defining the Bounds of the Range

Road access is generally good with jeeps roads covering most all of the terrain. The most pristine areas devoid of most motorized traffic would be the Trinity Mountain Region and the Atlanta to Grandjean (Upper reaches of the South Fork of the Payette) area.

The Boise Mountains make an excellent training area during the edges of the
backcountry climbing season. In April or December, while some of the roads in
the nearby higher mountains are snowed in, this region is often accessible. 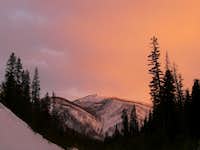 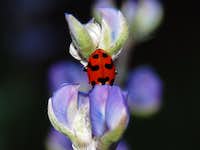 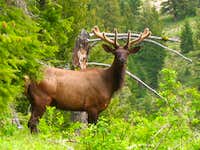 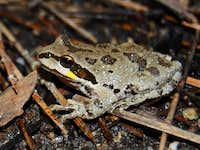