Cima Presanella, 3558 m, is the highest peak in Trentino and also within the mountain group to which it belongs, the Adamello-Presanella group, the southernmost group of Eastern Alps, which some regard as a single massif in reason of the common geological history. Actually we speak about two clearly distinct mountain ranges from the orographic point of view and also morphologically: the Adamello massif presents a more gentle relief with wide glaciers, that make it particularly suitable for the practice of ski-mountaineering, while the Presanella is more rough and rocky, with smaller glaciers and towering cliffs. 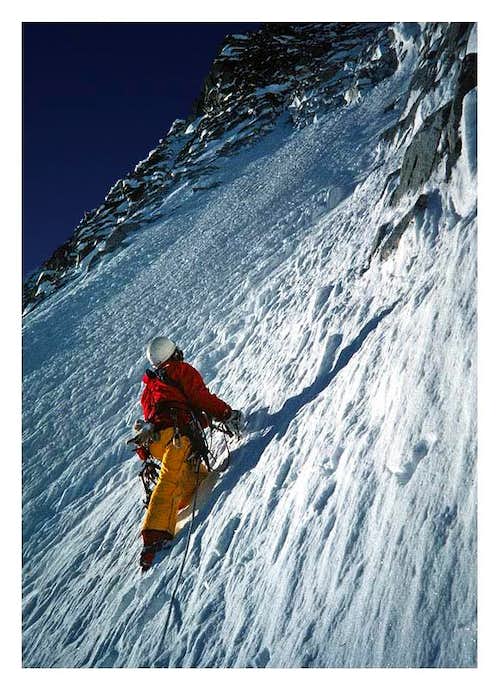 dabri - In the North face

Also its appearance is fascinating. The peak is a pyramid showing three sides, amongst which the icy Northern side is facing the Val Stavel. It is of singular majesty, creating a spectacular 550 meters high North wall all in ice and snow, with also a hangglacier. On this beautiful wall it takes place the finest classic route of medium engagement of the entire mountain, about 55 degrees steep, just in the middle of the Northern triangular slope (Route Grandi-Crugnola). The triangular rocky wall facing East, towards Val d'Amola, is majestic as well, looking wild and also high about 500 meters. There are no easy routes running on this wall. The third side of the pyramid is facing South and shows more gentle slopes partially covered with glaciers slanting down to the Val di Genova, Val di Nardis and Val Nambrone. From the summit the West heads to Cima di Vermiglio and further to the Adamello group.

There are three Normal routes to climb the summit of Cima Presanella: one is starting from the side facing Val di Sole, the other two ones from the sides overlooking Val Nambrone and Val Genova. The Val di Genova route is very long, with a great difference in altitude (more than 2600 meters). Obviously this itinerary is low frequented and the most popular routes are the East-South-East route (from Val Nambrone) and the West slope (from Val di Sole), which have both the advantage of being supported by two shelters, respectively Refuge Segantini and Refuge Denza. All the routes are addressed to experienced mountaineers and need high mountain equipment, while the Val di Sole route involves also a full glacier-gear. The Normal routes are suitable also for ski-mountaineering tours. Except for the Normal routes and the classic North route, that are really very popular, Presanella is a mountain little frequented, still preserving very wild spots. 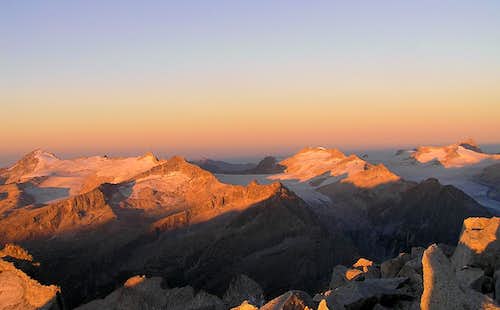 tizio 75 - From Presanella towards the Adamello group

As far around there are no higher mountains, Presanella has an exceptionally broad panorama. On the west, the equally high group of Adamello is occupying most of the horizon. Rugged peaks are rising there and glaciers are shining. Towards the north, there is a quite higher group of Ortler. But its main summits are already quite remote, others are showing us their barren southern slopes. So many ridges and among them hidden valleys. On the east there is the dolomitic Brenta Group. Its skyline is as rugged as it can be. The most famous towers and dolomite peaks can be seen there. And finally towards the south there are hundreds of lower mountains, all the way down to the Po river plane.

It starts in Val di Sole, on the road, which over Passo Tonale (1883 m) connects the Adige valley and the Oglio valley. From there, you ascend Rif. Stavel under the north face of Presanella, go over the glacier moraine to Vedretta Presanella (glacier) and up to Sella Freshfield (Pass). Gabriele: "Due to glaciers melting, at Sella di Freshfield abseil is needed - loosy channel!" After a short descent to the upper Nardis glacier, cross to the SW ridge of Presanella and climb over easy rocks to the summit. Time: 4–5 h from the hut. Below the Freshfield saddle danger of crevasses. In August 2015 Ciamorcez is adding the information that since 2009 the passage on Sella Freshfield is secured by a fixed rope. So, climbing is not needed any more.

The southern and the eastern approach both start in Pinzolo, which is in the Sarca valley and can be reached either from Trento or from Val di Sole over the Campo Carlo Magno pass (1682 m): 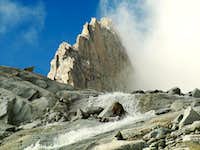 Petr Drápalik - Below the Monte Negro

It starts at Rif. Segantini, 2371 m. To get there, drive a few kilometers from Pinzolo north (towards Madonna di Campiglio) and turn left (westwards), taking a narrow road towards the Laghi di Cornisello and the mountain hut there. If you drive till its end, to the hut, you gain more altitude, but the approach path to the Segantini hut is then longer, if you leave car in the valley below the Segantini hut, you have only a short ascent. From the Segantini hut the ascent goes on the Presanella SE ridge and by it to the summit, 4-5 h. The other, longer possibility, is from the Segantini hut to the Passo Quatro Cantoni, over it to Val Nardis and from there to the SE ridge and the summit (5 h).

For this one, you turn In Pinzolo westwards, into Val Genova, and drive till the Nardis waterfalls. From there through the Nardis valley walk up to the bivouac, then to the Nardis glacier moraine and over the southern slopes to the summit. Time is hard to estimate, but the elevation difference - more than 2600 meters - tells you everything. 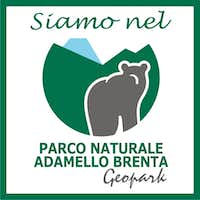 The best time is June to September, for skiing March to May (and for skiing in Val Genova even much earlier). Meteo Forecast: METEO TRENTINO

Pinzolo, Madonna di Campiglio and resorts in Val di Sole are turistically very developed. But for direct ascent on Presanella they are too remote. Around the mountain there are several huts and bivouacs, which enable a comfort ascent throughout the whole year.

Claude Mauguier gives this information about the bivouac: Just a short history notice. This little hut was a former Austrian artillery observatory built during WWI, which was able to give information to second line gun positions spread along the southern buttresses forming the right bank of Nardis glacier. One could find again in 1979 such settlements, with unexploded shells still on the spot, while the guns were destroyed just before nov. 1918 retreat. By the way, here is a red tape : never try to touch or remove ammunitions of any kind, for they are still active 90 years after. In 1989, I saw a 149 mm unexploded shell gently "traveling" upon the surface of Lares glacier (Pozzoni area) : it had been probably fired by the Cresta Croce italian heavy artillery position, where the gun may still be seen.

Thanks gab, I added your warning on the main page. Ciao!

Since 2009 there is a fix rope on Sella Freshfield so you don't need to abseil. You don't have to climb

Hi Ciamorcez! First, welcome to SummitPost! Thanks for your valuable information! I added it on the main page. It would be great if you simply contributed a route description. Cheers! Vid