Mount Pikui/UKR:Пикуй/POL:Pikuj/ [peekooy]
With its 1408 m asl Pikui is the highest mountain of Eastern Bieszczady/UKR: Восточные Бещады/ range stretching from Vyshkivskyi Pereval pass in the East(neighbouring with Gorgany range) to Uzhok pass in the West(neighbouring with Western Bieszczady mountain group on Polish side of the border).
It is located right on the main Carpathian watershed and the administrative border between Lviv and Zakarpattia provinces goes along the ridge of the mountain.
Rising prominently up to 700 meters over surrounding valleys the mountain is a great panoramic point offering in good visibility conditions views reaching peaks of Gorgany and Chornohora in the East to Western Bieszczady polonynas and even remote High Tatras in the West.
A few meter tall summit obelisk memorializes the person of Ivan Franko, one of the most famous Ukrainian poets.
Historically, as a part of the main Carpathian ridgeline, Mount Pikui used to be a border point. Till 1772 between Kingdom of Poland
and Kingdom of Hungary and then till 1945 between Republic of Poland and Czechoslovakia.
Pre-war, local name of the mountain was "Husla" coming probably from the name of highlander's gusle(fiddle) music instrument.
Beautiful beech woods and scenic polonynas(over 20 km long one, going north-west to Uzhok pass area) with a few nature reserves in the area. Sheperd and old, folk culture(Boyko architecture) well preserved in local villages. 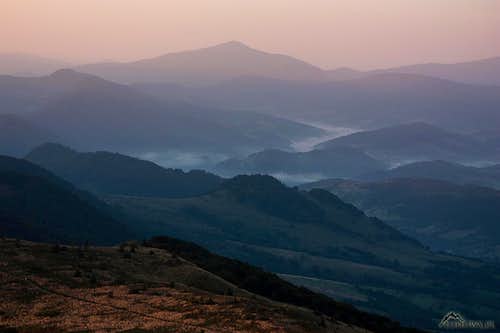 Eastern Bieszczady before the sunrise

Eastern Bieszczady are the westernmost mountains of Ukrainian part of Carpathian range, located in the very south-west of the country, 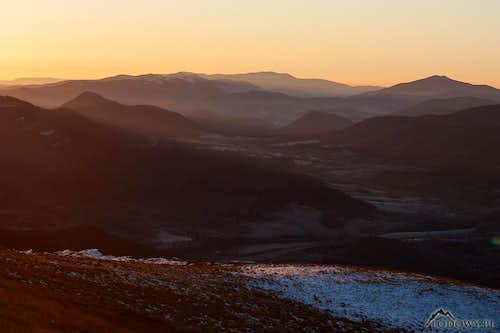 Before the sun comes up... 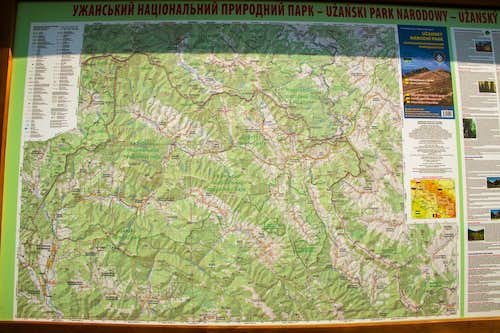 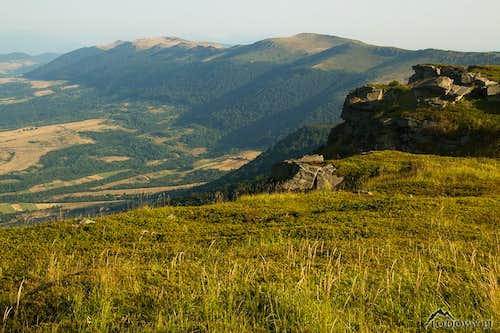 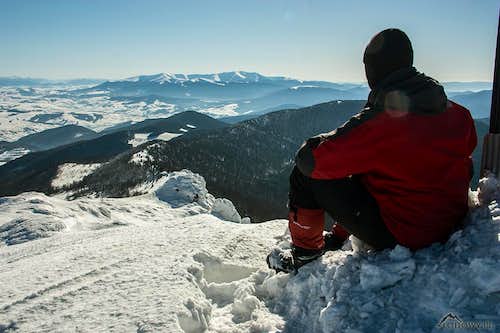 Free camping in the area.
Mountain chalet "Turbaza Pikui" is located in the upper part of Husne Vyzhne village.
Some tourist huts for rent in Husne and private houses offering rooms in Bilasovica, Libukhora and Husne to be found.
Hiking in the border zone (Uzhok and Sianki area) keep your passport ready for control of the border guards. Ukrainian police road checkpoints are located: on Uzhok pass and in Nizne Vorota(E50). 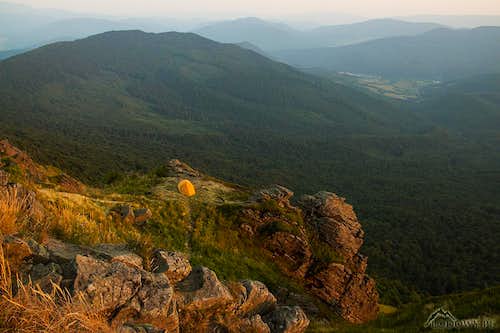