North Star Mountain is located in the shadow of Bonanza Peak on its west side. Cloudy Peak is located to the west. No trails lead directly to the summit.

There is a elongated ridge on the west side of the mountain and a prominent round point which appears to be the true summit and is listed as such on the USGS quad map with an elevation of 8096 ft. 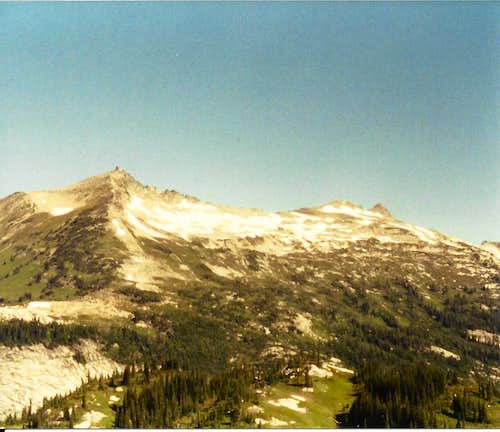 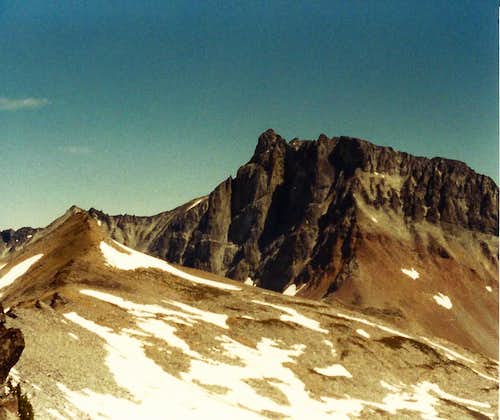 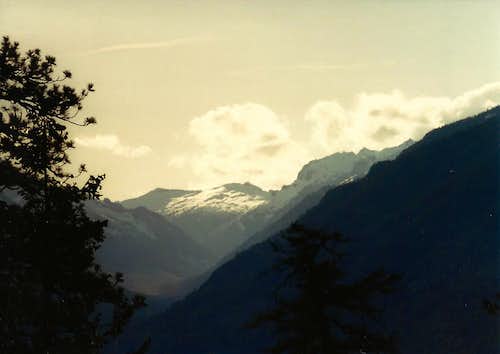 A brief description of several approach options is included below.
See The Glacier Peak Wilderness page for additional info.
Good hike/climb to complete as part of an extended backpack trip in the area or while in the area climbing other peaks. Could be combined with Cloudy Peak.

Holden Village Approach
Take the Lady of the Lake boat up Lake Chelan to Lucerne. Ride a bus to Holden Village, grab some ice cream, and starting hiking to Lyman Lake (~16 miles and ~2600 ft. elev. gain).
Spider Gap Approach (Phelps Creek Trailhead)
Drive the long narrow bumpy Chiwawa River Road from Lake Wenatchee to the Phelps Creek Trailhead. Hike up Phelps Creek through Spider Meadows,over Spider Gap (ice axe recommended), and down to Lyman Lake.
Image Lake Approach
Head east a trail from Image Lake toward Lyman Lake and Holden Village. Very long approach. So long I'm not going to bother mapping it out at this time.
Could also potentially come up from Stehekin to reach the north side of the mountain. 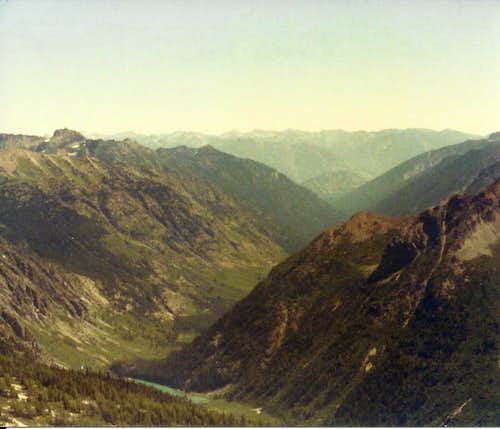 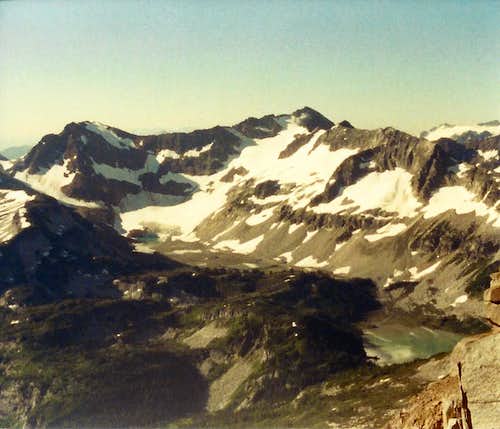 From Lyman Lake:
From Lyman Lake, hike cross-country through open meadows and then talus/scree (Class 2) on south side of North Star Mountain from Lyman Lake. It is a little over 4 miles roundtrip and ~2600 ft. elevation gain from Lyman Lake on a direct line traversing the lower slopes.
Could also traverse over from Cloudy Peak (~1.5 miles one-way). This may involve Class 3 or 4 climbing on Cloudy Peak's east ridge or could drop down south of the Cloudy Peak summit and around a cliff band. 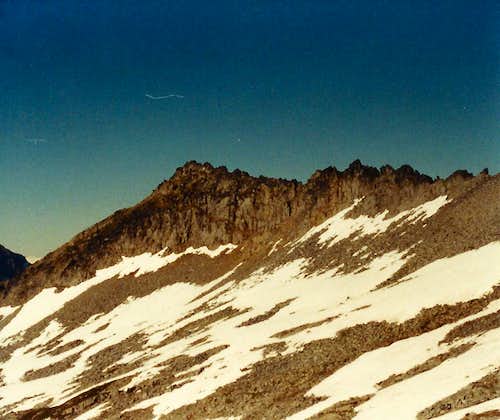 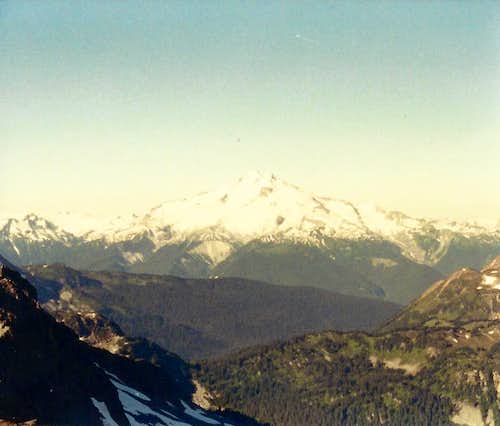 - If approaching from Holden Village have to pay for the boat and bus rides.
- Wilderness permit required

- Free and can be obtained at the trailheads.

- U.S. Forest Service Northwest Forest Pass does not appear to be required at the Phelps Creek Trailhead.

- For a list of Wenatchee-Okanogan National Forest trailheads requiring a Northwest Forest Pass for parking please see their website.
- To avoid checking this website for every trip I recommend one of two things:

- Buy an annual pass and leave in your glove box so you have it either way (assuming you are going on more than a couple hikes for the year).
- Park at least 1/4 of a mile from the trailhead (some trailheads have signs posted just before arriving at the trailhead).

- Ice axe would be useful in early season.