This page was originally made by Bob Bolton. He has graciously allowed me to adopt this page and I would like to give him credit for some of the text written below. 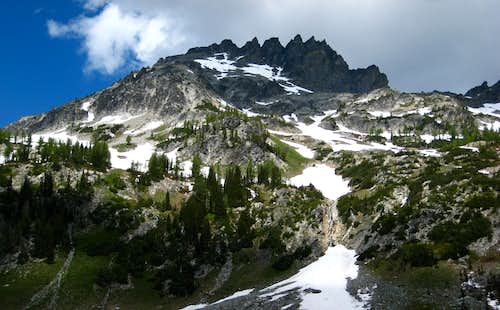 Seven Fingered Jack (7FJ) is the second highest of the three 9,000 foot peaks that make up the Entiat Cirque. The other two are Mt. Maude and Mt. Fernow, which at 9,249 feet is the third highest non-volcano in the Cascade Range. The name is descriptive of a rugged formation of steep crags once called the Entiat Needles. If one were to count the towers seen from the meadow in Leroy Basin, you would in fact count seven prominent towers hence the name. The precipitous east face of the peak forms the westernmost wall of the vast Entiat cirque. The Southwest Ridge is the standard route for the peak and makes for a fun and easy scramble with much of the route on firm soil or stable talus. There is adequate scree for an easy and enjoyable descent. An improbable snow couloir provides an easy bypass of the loose, lower slopes of this route and makes a nice alternative in early season.

Phelps Creek Trailhead - From Seattle head north on I-5 to Everett and follow US Highway 2 to the Coles Corner Junction with WA Highway 207. Follow Highway 207 until it crosses the Wenatchee River. Just past the bridge head north onto Road 62 towards Fish Lake. Follow Road 62 past the Grouse Creek Campground and continue onto Road 6200 as it parallels the Chiwawa River. This is a long rough road (just over 20 miles) that ends at the Trinity Gate where the Buck Creek Trail starts (elevation 2,900 feet). For the Phelps Creek Trail turn right onto FS 6211 at a signed junction just before reaching Trinity and switchback a couple times up the hill reaching the end of the road at 3,500 feet elevation which is one of the highest trailheads in the Glacier Peak Wilderness. If coming from the east, from Leavenworth, go west on Highway 2 to the junction of WA Highway 207 at Coles Corner and follow the same directions described above.

Starting in Leroy Creek basin at about 6,000 feet, ascend the prominent gully to the northeast directly towards the summit. The talus surrounding this gully is somewhat loose. When the terrain eases at about 6,800 feet continue northward toward the obvious snow couloir. You can either ascend this couloir or scramble up an easy ramp to the left to the southwest ridge. The couloir leads to a higher point on the same ridge and is best climbed earlier in season. Once on the southwest ridge, ascend talus toward the leftmost point visible from the basin below. The summit is to the left of all the visible spires, or fingers seen on the route. 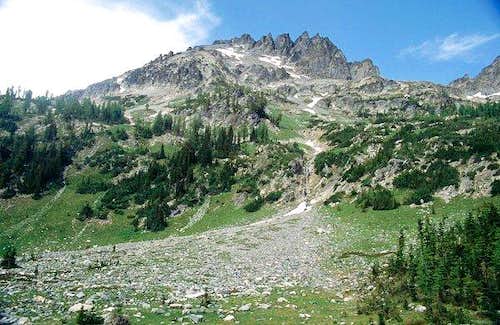 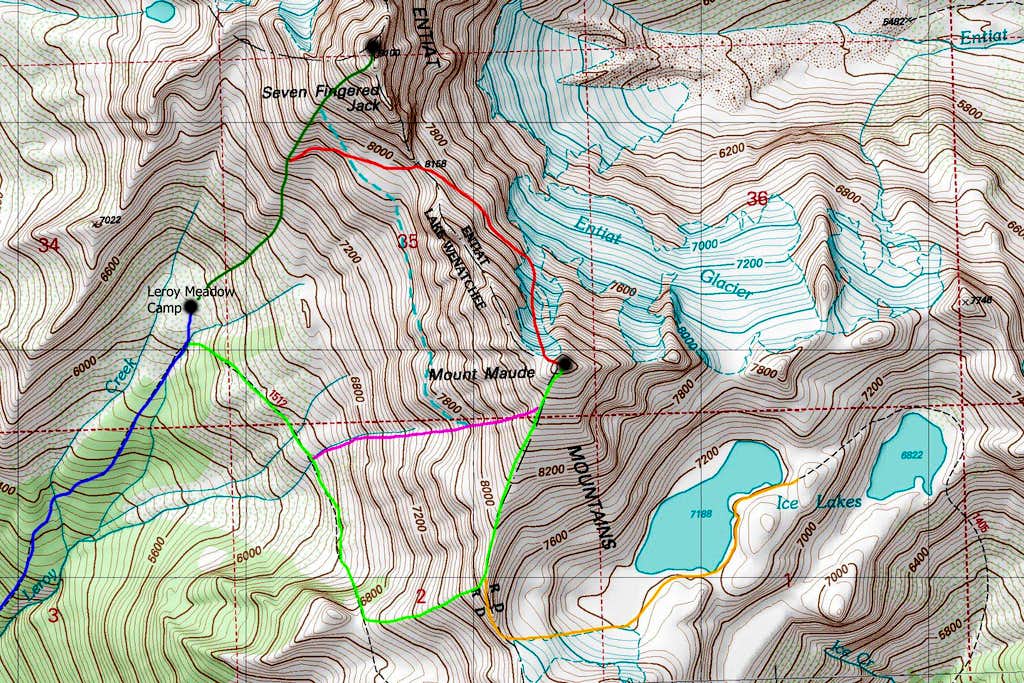 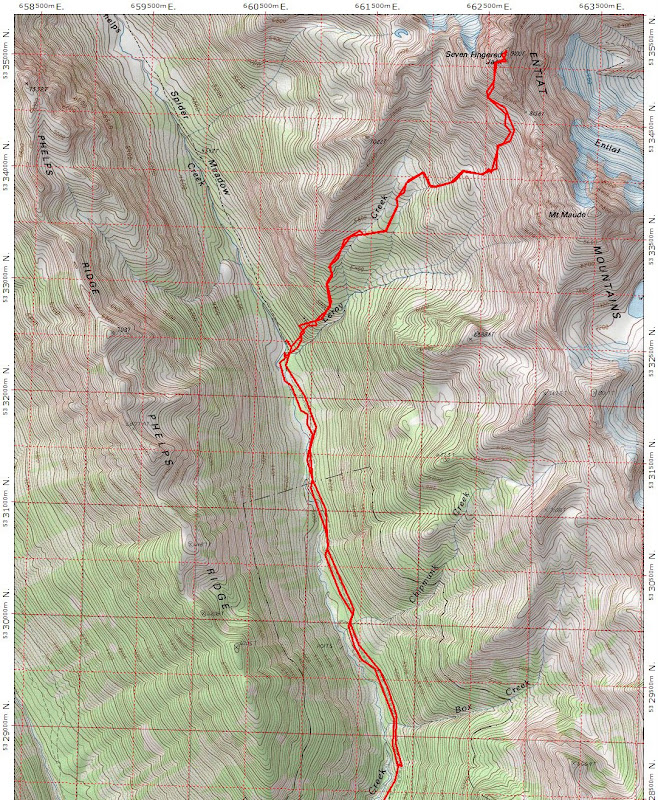 Smaller scale map showing most of the route and approach

No red tape! This area lies within the Glacier Peak Wilderness therefore LNT is very important. The Phelps Creek Trailhead luckily doesn't require a NW Forest Pass (although none of the trailheads in WA actually require one but that's a different argument). The best camping is in the meadow near treeline in Leroy Basin but camping can also be found near the junction of Leroy Creek and Phelps Creek if you aren't interested in hauling all your camping gear up the steep Leroy Creek Trail. 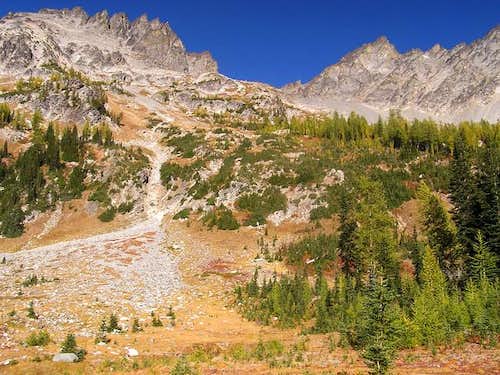 Great TR of the standard route