Squaw Mountain (popularly called Squaw Peak) Is the prominent geological feature near the City of Provo Utah, With homes built right to the base of its slopes, Squaw Mountain is a wonder in it's immensity, beauty and proximity to a large city. Forming the North wall of Rock Canyon, This beautiful point is a worthwhile endeavor for anyone seeking beautiful city views. From its pinnacle, the entirety of Utah Valley is visible. At night, the city lights are nearly intoxicating from the top.

There are several Routes to the summit of Squaw mountain. The simplest is to take University Avenue north to Provo Canyon, and turn into the Squaw peak overlook road. There will be a sign stating where the road is. This road will curve up the north ridge of Squaw for several miles before a left turn appears. Take this road(To Rock Canyon campground), and leave the pavement behind. Follow this road for a few more miles (beware of washboard sections) until a sharp right turn, with a overlook turnout appears. From here you will be able to see the back side of Squaw Peak, as well as the rest of Rock Canyon. From here you will also be able to see the ridge leading up to the summit, and how to get there. The easiest access to this ridge is back a few hundred yards up the road, but in order to know where to go to find it, you should go to the overlook first. Once you have established where to go, simnply make your way through the path of least resistance to the base of the ridge. Continue south until you claim the summit. This method should put you at the summit in around an hour, maybe a little longer. 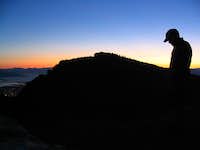 The East aspect of Squaw Mountain, at sunset. Provo is visible in the bottom left hand corner. Thanks Phil...

An alternate, and much more difficult route is the Direct West Face. It is much harder due to physical as well as route finding difficulties. No established trail exists up the west face. However, the trailblazing is fairly easy, as the scrub oak bushes are the most abundant impediment and are generally easy to avoid. Park in the Rock Canyon Park parking lot, and head north up the obvious alluvial ridge that forms the beginning of the canyon. Continue up the path of least resistance, favoring the north. There is a fairly pronounced gully that you should stay south of, as the first couloir that is formed by it is the key to an easier ascent. After climbing for maybe a mile, Aim for a long stretch of Scree toward the northern side of the gully. Use this natural slide area to avoid masses of scrub oak growing nearby. At the top of this area, begin to focus on heading south, and gradually work your way up to the summit along the western side of the face, just below the ridge. climb for another fifteen or twenty minutes to claim the summit via this short, but quite difficult route. Expect it to take two and a half to Three hours. Some Class 4 scrambling was required on our ascent. 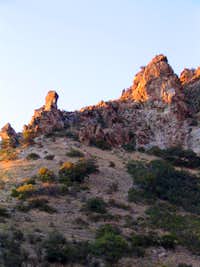 The initial part of the direct west face hike should take you just left of the west thumb.

The third route is very easy to find - walk east up Rock Canyon until you come to a fork in the trail - one side continues east, the other turns
north-ish. There is a forest service sign marking the fork that says
"Squak Peak Trail" or something like that. It's very hard to miss. Take
the left (north) fork and continue on this trail until you reach the top.
Toward the top the trail may grow indistinct and hard to follow at this
time of year, as there is still a lot of snow. Just keep making your way
up and you can't miss it.

As with most natural features in this area, Outdoors people enjoy little or no regulation. No red tape to speak of, aside from the "no fires anytime, ever" policy of Rock Canyon. 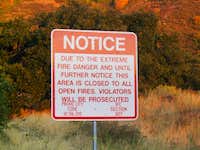 Rock Canyon campsite is located just a few more miles up the road mentioned in the first route description. There is a campsite in the mouth of Rock Canyon It's located about fifteen minutes up the canyon on the left side, through the dry creekbed about a hundred yards or so past a metal gate spanning the road, It's free so it's first come first serve, but it would be a waste of time to camp there in order to hike the next day or something. It is a small, pretty campesite, and would be fun for a relaxing night or two up the canyon, but with little privacy or solitude, because it is quite close to the main throughfare in the canyon bottoms.