The bivouac "Gervasutti" stands on a rocky outcrop at the altitude of 2835 m, beneath the spectacular walls of Grandes and Petites Jorasses.

The first hut was built entirely of wood by the Alpin club section "SUCAI" in 1948, and it was entitled to "Giusto Gervasutti" , the famous mountain climber from Turin, in memory of his first ascent of the east face of the Grandes Jorasses. After some damage, the camp was completely rebuilt in 1961, in wood and sheet metal photo. 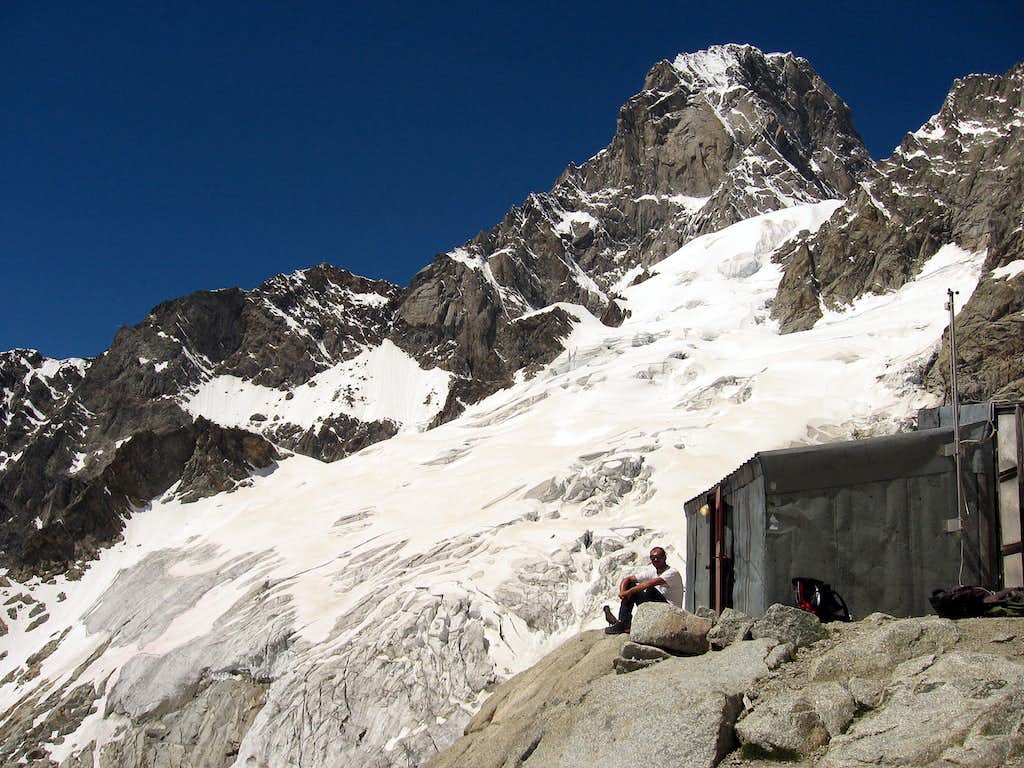 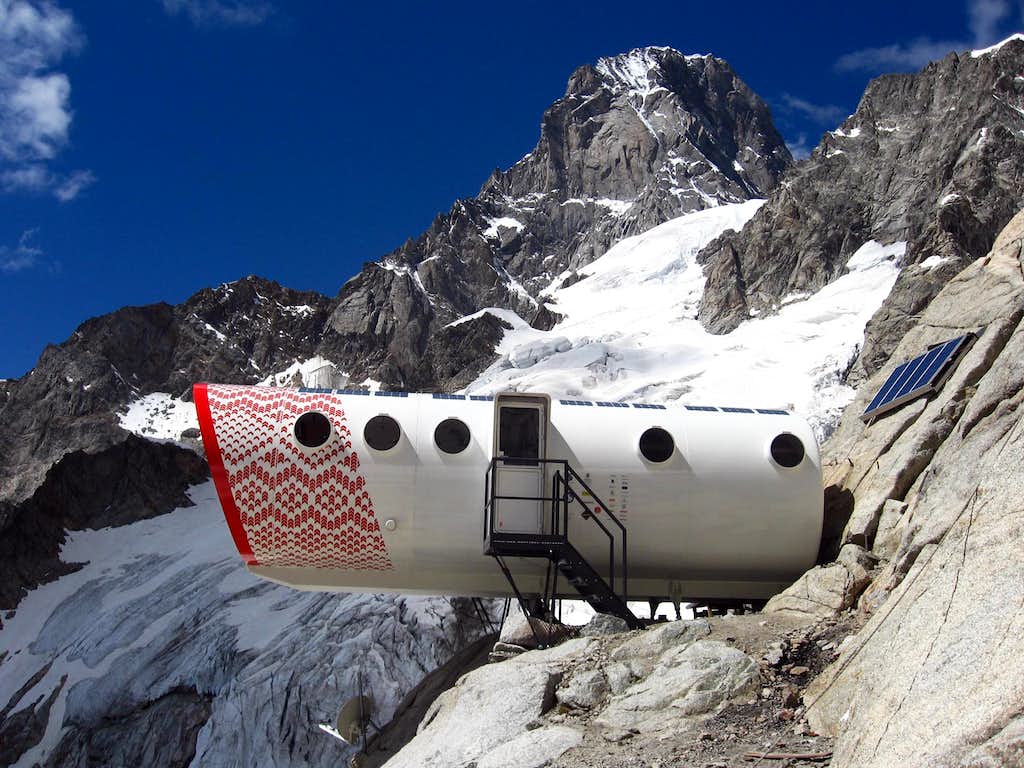 Today, after 40 years since the last rebuilding, and during the 60 years anniversary of the "National School of skimountaineering", the SUCAI has decided to build a new structure to replace the existing one.

The new hut is built with a modular chassis in sandwich composite and internally organized into 2 areas (the dining room, and dormitory with 12 beds) for a total of thirty square meters of 1980 pounds. It is designed to be built entirely in the valley, air dispatch and installed with minimal field operations.
This constructive approach derived from the nautical and aeronautical experience, will allow the new camp to resist more over time under conditions of high altitude.  The electrical energy is produced by photovoltaic units with accumulators of the latest generation. Will run a dedicated system of diagnosis and detection of internal and external environmental data, and a call for help. The bivouac is equipped with a PC with internet connection 24h. WINDOWS XP

the interior
The new camp Gervasutti designed by architects "Luca Gentilcore" and "Stefano Testa", is part of "Project Leap" (Alpine/Ecological/Living/Pod), whose purpose is to provide modular and sustainable bivouacs.

There have been many comments for the futuristic style of the bivouac. Who thinks it's very attractive, and those who think it's of tune with its surroundings. However, it remains a structure certainly very convenient, functional and (most importantly), not cold and wet like most of the camps.

The approach to the bivouac is in harsh environment, long and tiring that takes place mostly without path or track. Very easy to lose the way.   Many yellow signals and stone piles indicate the routes, but in a very rough. Pay attention to overcome a creek that becomes very dangerous during the afternoon. 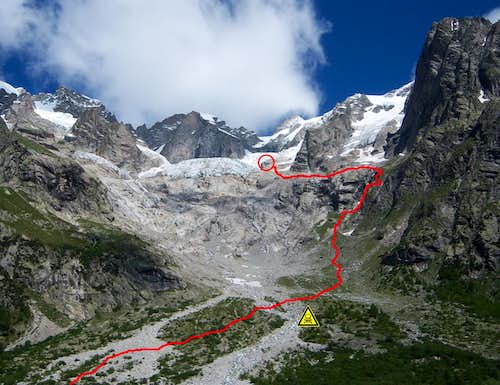 the route
Description:
From the hamlet of Lavachey (1650m), cross the bridge on a graveled road that leads to the village of Fréboudze.
Once crossed the bridge, a yellow signal points the path to the biv. Gervasutti as path n.55, difficulty graded EE(?) and 4.30h time required (personally is EEA or F).

DO NOT turn right following the signs but go into the woods in front of you until you find a nice track marked by yellow markings very evident. The path gets over the wood till a wide area made of stones and bushes.  Follow the stone piles across the scree and shortly to a creek. Try to overcome it in the easiest part, and then point to a moraine at the foot of a waterfall placed on the opposite side of the scree.
Go through a gully and a steep slope, till reaching a channel (50m fixed ropes) to climb easily. Continues to climb back on track until you reach a broken area and rocky knobs.   Always following the yellow signs, reach the snowfield that descends from the left bank of the rocky islet on which stands the bivouac (very flashy) always aiming for the yellow signs.  From the base of the islet, few fixed ropes permit to get the balcony (30m) on which is installed the new bivouac Gervasutti.

For the descent, it is better to rappel (60m rope minimum required).

From Val Ferret the ascent has been made easier as one doesn't have to cross the creeks anymore. Just drive about 1km further from the old starting-point. There is a new sign-post "Gervasutti bivouac 3h30min". You can easily cross the creek by a small bridge and keep on following the yellow marks. this way one doesn't depend anymore on the moody-creek