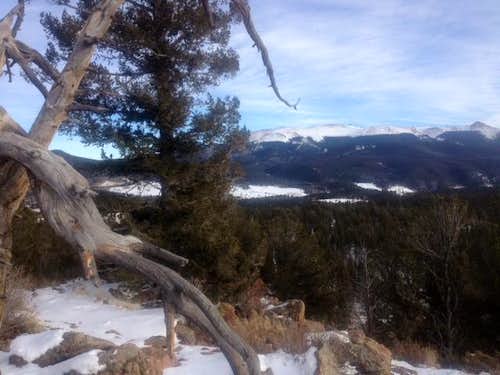 Looking east toward Pikes Peak from the "Grouse Mountain" overlook
Though a humble little hump of a hill, “Grouse Mountain” boasts a few accolades: It is the only ranked summit in the Divide quadrangle, and the only real summit in Mueller State Park. The peak affords the visitor unusual view of Pikes Peak from the west; its actual summit hidden, Pikes looks like a massive humped ridge. From the overlook south of the summit, there are neat views of Mount Pisgah as well as distant views of mighty Sawatch range and the graceful Sangre de Cristos.

“Grouse Mountain” is a great place to visit in the winter for a gentle romp through the snow to amazing views!

Rank & Prominence: Lists of John
Note: If you have better picture of "Grouse Mountain," please attach it to this page and notify me.  I failed to obtain a more impressive image of this nice little peak. 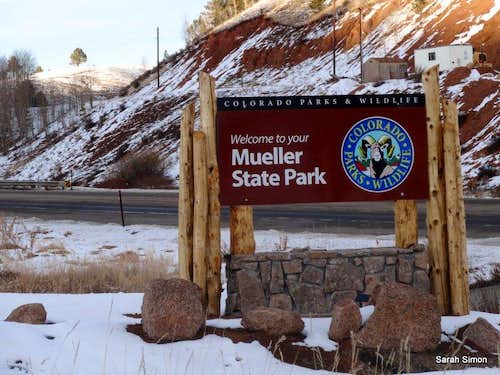 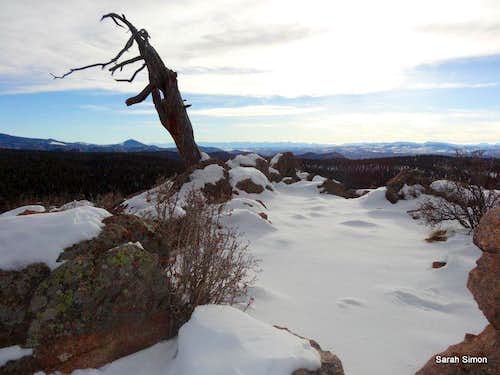 Nice views from the overlook
From Colorado Springs
Take U.S. 24 west (Cimarron) from Colorado Springs for 25 miles through Woodland Park to the town of Divide. Turn left onto Highway 67 South for 3.5 miles. Approximately 45 minutes. 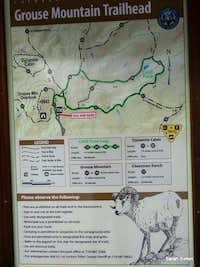 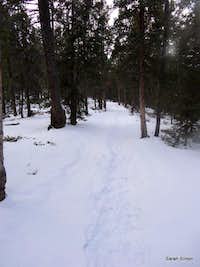 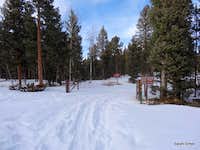 Through the camping area
The total length and elevation gain to attain this summit depend largely on the season of your visit.

SUMMER: During the summer, you can reach this summit as part of a short jaunt from your campsite if you wish, requiring roughly 1 mile roundtrip distance with 300 feet of elevation gain.

WINTER: In the winter, after the campground gates are closed, expect a roughly 4 miles roundtrip hike/ski/snowshoe with approximately 300 feet of net elevation gain.


Follow Trail #17 to Trail #16 to reach the summit of “Grouse Mountain.” The trail system in this park is very well signed.

Note: You’ve got to continue south past the non-descript summit to the overlook to enjoy the best views! 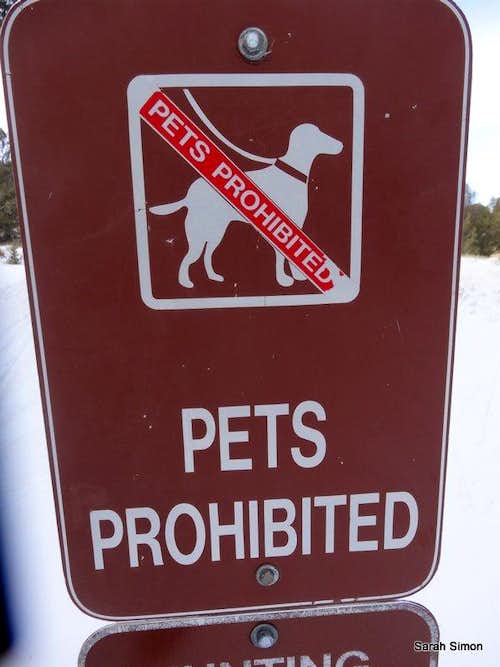 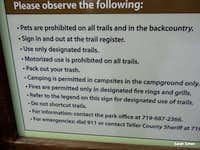 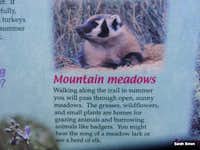 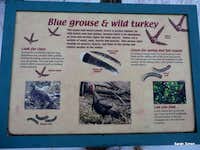 Grouse and Turkeys
There is a fee to enter Mueller State Park. As of the end of 2013:

Detailed use restrictions can be seen in the photo at right. Notably, dogs and motorized vehicles are prohibited on trails and in the back country. 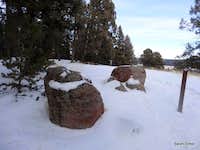 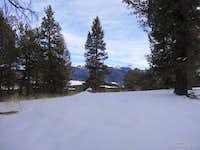 Pikes Peak from the summit 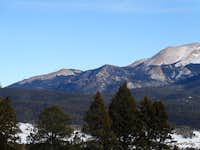 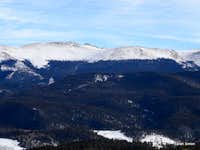 West side of Pikes Peak 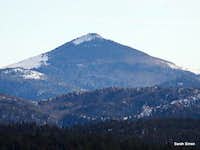 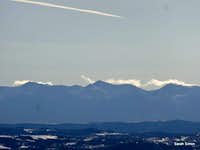 Mueller State Park boasts a large number of campsites and cabins, as well. 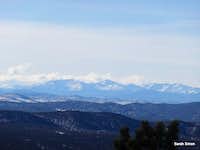