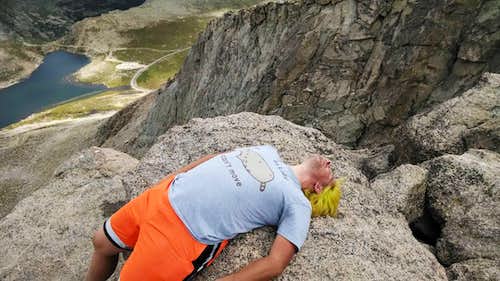 People who climb the same things as technicolorNH

I started hiking when I visited NH in 1993 and since 2007 my trips to the mountains went from being three hour jaunts up and down Monadnock to multi week cross country trips to hit various ranges and peaks. I'm not into Class 5 much, although I have gotten some jollies off of things I would have considered entirely off limits when I first started. My skill level is middling so I'm fairly conservative in what I attempt. I don’t possess a high clearance 4WD vehicle, so if I sign a climber’s log I got to the TH in a low clearance passenger car, which can sometimes mean quite a few more miles than a typical start location. I don’t sign anything I can amble over to from a parking spot. My business allows me considerable time off, so I travel a lot. If I lived in Colorado I wouldn't come out of the mountains in summer except to work and buy groceries. Current lists I’m working on include the Lower 48 Ultras (32), state high points (43), Virginia 4000 footer list (not even halfway), east coast 5000’s (well over halfway), New Mexico and Arizona 2k prominence (I've done many), Colorado 14's (25), New England Hundred Highest (95), New England Fifty Finest (40), and the Idaho 12s (3). I’ve completed the NE 115, the Catskills 3500s, and the Southern Sixers. Apart from that I am middle aged, fat, slow, and ex-Army infantry with the attitude to match.

Mountains I have seen from a distance that are on my to do list are Shasta in California, Rainier and Adams in Washington, and Hood in Oregon. My favorite range in the MTZ is the Sangres.

See all of my 5 Images:
Highest Score
Most Recent 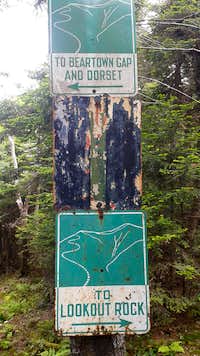 The second trail down 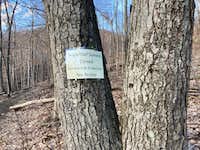