I'm a bit behind in updates--like 2 years so visit www.adirondackmountaineering.com for the full list!

Over the years I've posted reports to several forums and sites. Thus the primary purpose of this page is to align all my personal climbs under a common index. Updates are appended immediately after each trip so the 'edited date' above should remain current.

Trip Reports: I tend to explore several slides in a route on any give outing, first ascending one then descending another based on proximity. Therefore, many of these reports aren't written from a traditional climbing perspective. The following links sometimes connect to a certain 'chapter' of the overall trip report so it may be helpful at times to read the full report for context. Dates are included next to the title since slides sometimes change especially when major weather events move through such as August of 2011. When applicable, links to successive climbs of the same slide are listed.

Albums & Pictures: A picture's worth a thousand words, so the albums are really the heart of this page. Album hyperlinks connect to either a specific set of pictures for stand-alone slides or a specific picture if the album hosts several slides. Simply use the arrows on the picture to move forward through the set in the second case. Mosaics link to an overall image of the slide with smaller pictures inset to reference specific areas of interest.

Thanks for your interest in the page and I'd greatly appreciate being notified of any dead-links or errors that you may run across. That being said, I do realize that certain slide names in trip reports titles don't always match their relevant album titles. They're difficult to amend since title changes tend to break links on various webpages. 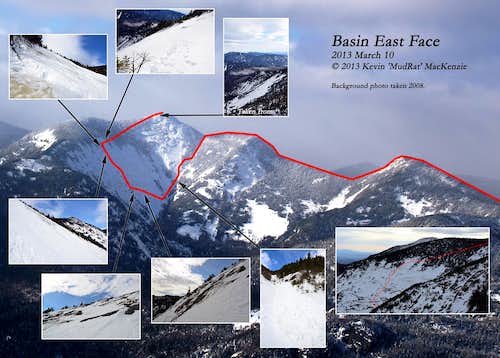 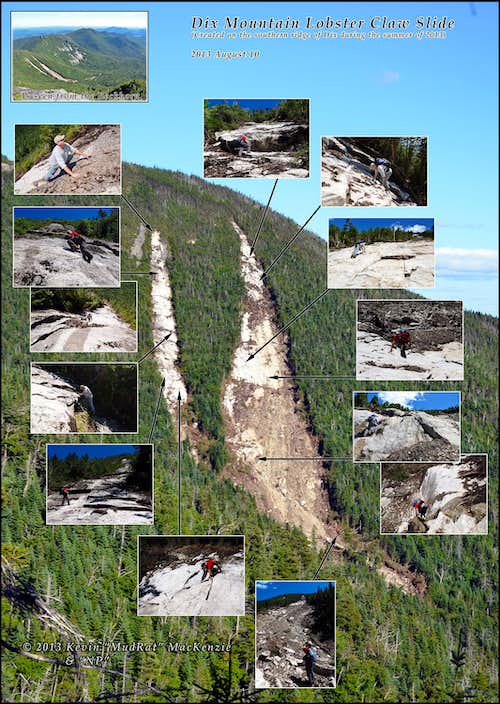 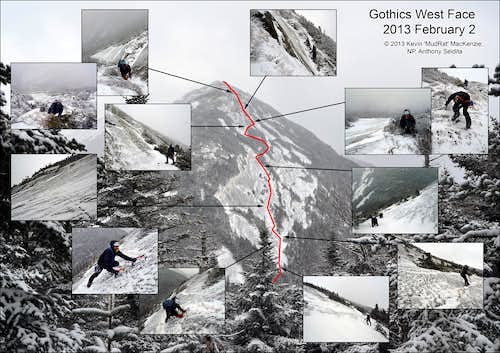 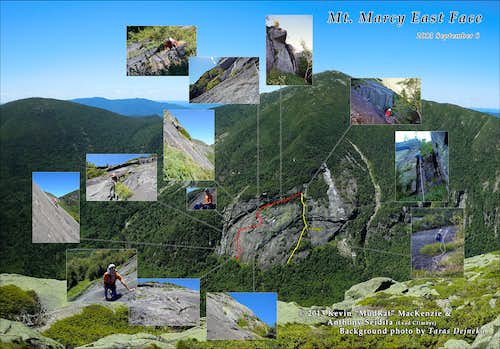 "Ranger on the Rock"-Mt. Marcy. 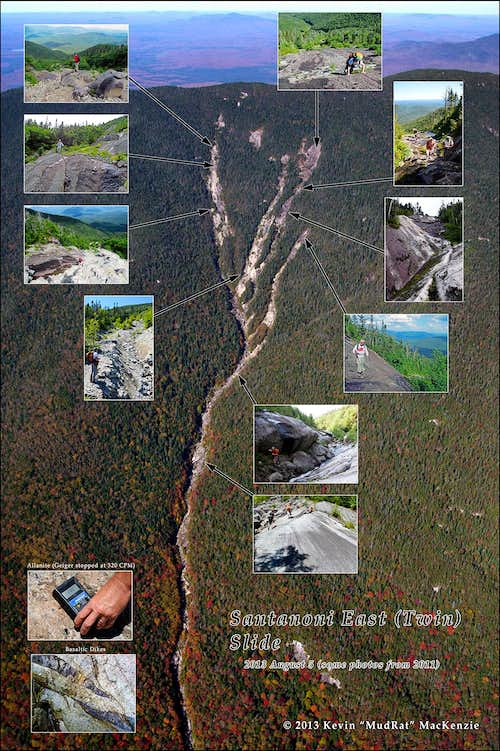 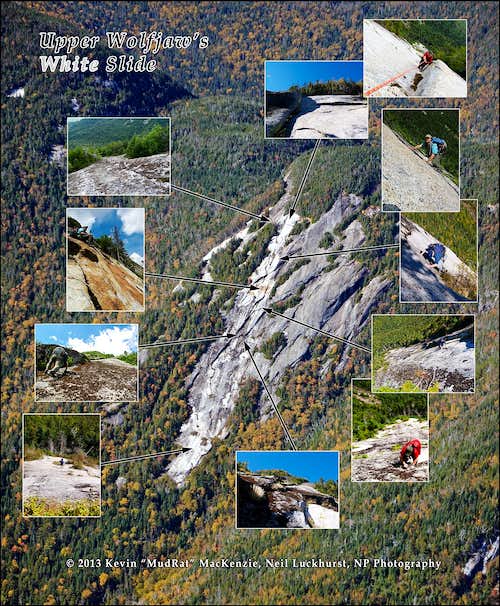