A note from the SP staff 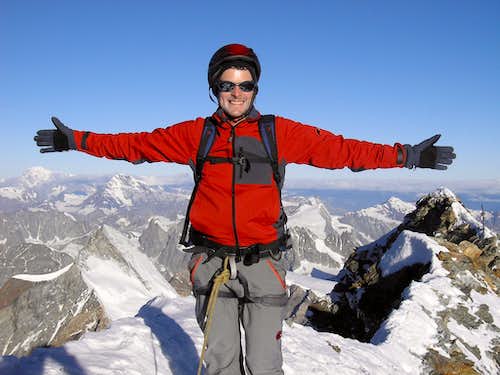 Cyrill Rüegger on Matterhorn
Cyrill Rüegger, the member we all used to know as Cyrill and Digitalis, died on June 13th 2009 in an avalanche on the summit ridge of Piz Palü together with his wife Tanja and a common friend. They were swept down by the avalanche into a couloir underneath the east summit and died instantly. Their bodies were retrieved from the Palü Glacier by helicopter a day after the accident.

Bellavista lies in the Bernina Group, between Piz Palü (3901m) and Piz Zupo (3996m),  on the border of Switzerland and Italy.

Bellavista has four summits, the main one 3922 m high. The mountain is near the hamlet of Morteratsch in Switzerland and Barchi in Italy. Bellavista is surrounded by two large glaciers named "Vadret da Morteratsch" and "Altipiano di Fellaria", with big and dangerous crevasses. Bellavista is a popular mountain in summer as well as in spring with skis. 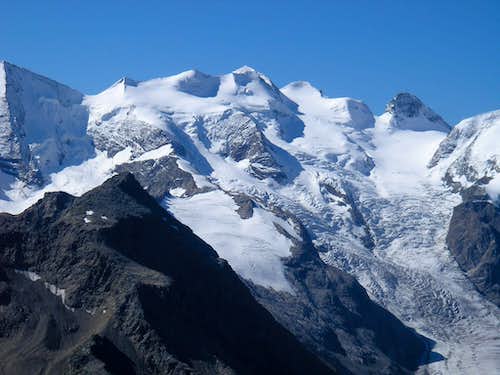 The normal route from Switzerland:

The normal route from Italy:

Bivacco Pansera 3549m - Altipiano di Fellaria - Fuorcla Bellavista 3688m - Bellavista 3922m. > On the Italy side, i guess the crevasses are not so large. 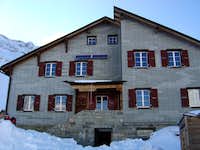 SBB & RHB-railway from St.Moritz to the railway station Morteratsch

From Switzerland:
Above the Julierpass 2284m (Pass dal Güglia) or the Berninapass 2307m (Passo del Bernina)

When you go to the Guesthouse Diavolezza 2973m, take Cable car up, from Bernina-Diavolezza 2093m (car park and railway station)

From Italy:
for the Central range follow the road for Campo Moro
near the dam of Campo Moro the starting point of the paths to
- Bivouac Pansera 3549m
- Rifugio Marinelli 2813m
- Rifugio Marco e Rosa (3597m)