Ben Vane is located within the middle of the Arrochar Alps range and sits at a height of 915m/3002ft. Although one of the smallest of the Munros in Scotland, it is also one of the steepest, which is apparent in the number of false summits it throws at you. Due to its position within the range Ben Vane does not get the notiriety of its fellow peaks, but is still a popular excursion for the avid hillwalker.

The main access route of ascent for this peak is via Inveruglas, however the peak can be ascended from Arrochar via Beinn Ime. From Inveruglas, the private road through Coiregrogain is followed, turning left over the bridge and then leaving the road to follow an obvious path onto the open hillside. The higher sections on this route contain numerous rocky outcrops, with the paths skirting between them being fairly eroded. The summit itself is a small flat levellled top, with the cairn located on its south eastern side.

There are no rock climbs or winter climbs of note to be found on Ben Vane.

Please note that if ascending from Inveruglas, car parking is discouraged at the start of the private road up Coiregrogain as it will block access. Parking should be done at the visitor centre opposite the power station.

The best city in Scotland for Ben Vane is Glasgow, however access can be gained from a variety of locations. Ben Vane is best climbed from Inveruglas to the east of the peak.

There are a variety of airports throughout Scotland that would provide easy access to Ben Vane. Below are a selection of the homepages for these airports;

Eastern side of Ben Vane from Ben Vorlich. (Photo by Boydie) 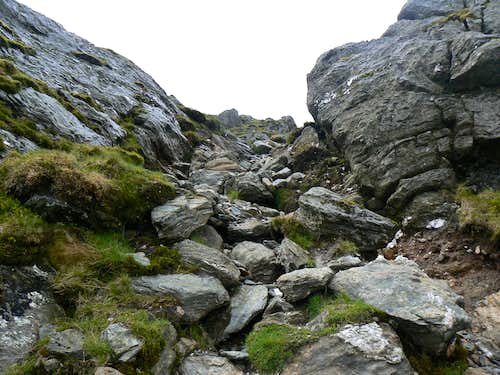 A section of path through the outcrops.(Photo by Boydie)

Below is a list of possible accommodation venues that are located in the direct vacinity of Ben Vane.

Wild camping is totally legal in Scotland and can be done in various locations close to Ben Vane. This is due to the Land Reform (Scotland) Act 2003 that was mentioned earlier.

Ben Vane is accessible all year round however, as you can get four seasons in one day in Scotland, care should be taken at all times. 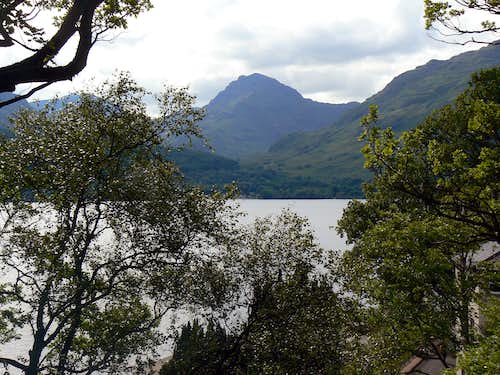 Ben Vane from across Loch Lomond at Inversnaid.(Photo by Boydie)

Thanks for noticing, have corrected to 3002ft. Boydie