The third highest peak in the Sawtooth Range sees little climbing or scrambling each year.  Located 12 miles south of Stanley, Idaho, the peak is most impressive from ID-75 if viewed from the south, driving from the Sun Valley area.  Sitting on the main Sawtooth Crest it towers above it's neighbors, the Finger of Fate and the Elephant's Perch.  The peak is most often scrambled from the south and the Hell Roaring area. The steep north side contains chunks of solid granite hundreds of feet long, with no known climbing routes.  Perhaps there's a rock route future for this peak, as is the case with so many of the Sawtooth peaks.

Three beautiful tarn lakes are located just south and east of the peak at 9300, 9500, and 9700 feet. The south ridge scramble presents no real difficulty except a few small headwalls, loose boulder hopping and scree. The south ridge and summit provides commanding views of the whole range. Upper Cramer Lakes are visible just to the west and are typically a 10 mile hike on trail from the Redfish lake area.  The peak may also be approached from Saddleback Lakes, providing a more challenging scramble over some exposed territory. 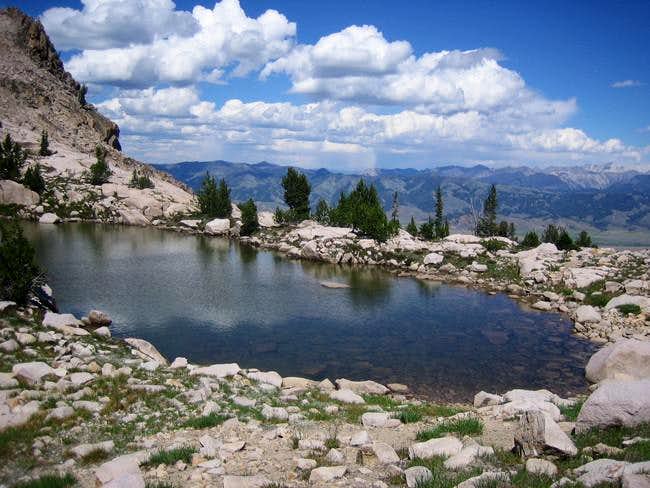 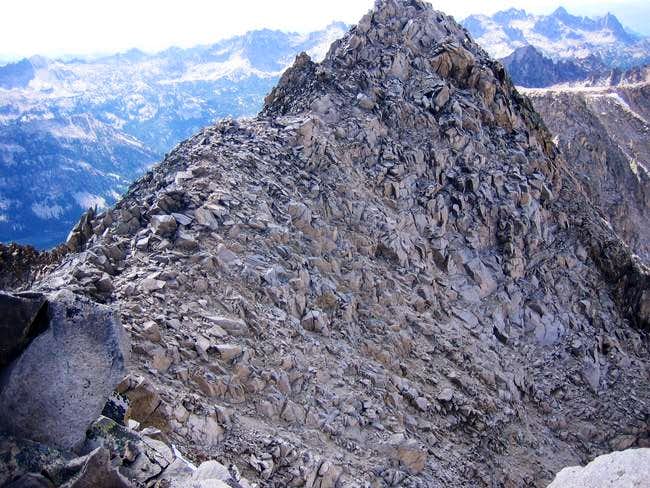 Here are the routes:

1)  The South Ridge (Class 3) - Leave the trail at 8550 once over the ridge that divides Decker Peak and The Finger of Fate.  Travel cross country west, staying just north of a drainage coming down from a small lake. Contour north slightly and pass the tarn lakes. Aim for the Decker Saddle, a low point on the south ridge. Bypass vertical rock sections by zigzagging back and forth.  Once on the south ridge, boulder hop your way north to the summit. If your comfortable skiing in scree, descend the southeast slopes for a quick return. For some added fun, ascend Point 9583 and traverse the scenic ridge to point 9189. Just east of this point, you'll find the trail again.

1)  The North Ridge (Class 4) - From Saddleback Lakes or Upper Cramer Lakes scramble over challenging and loose terrain to the small but obvious saddle on the northeastern part of the northeastern ridge. Traverse the southwest face and return to the ridge proper just past point 10030.  Continue southeast along the ridge with at least 3 visits to the southwest slopes to avoid vertical towers. You may need to down climb the ridge as much as 200 feet at times to get past the ridge towers.

From Stanley, Idaho take ID-75 south for 12 miles, turn west at Decker Flat, cross the Salmon River and then drive 5 miles on one of the worst 4 wheel drive roads in Idaho. High clearance is required and large boulders need to be negotiated at times.

From the trailhead cross Hell Roaring Creek (can be difficult crossing in high water), and hike a relatively flat trail for 1.7 miles until you reach Hell Roaring Lake (Elevation 7407). The trail branches hard right and ascends the ridgeline just north of you that divides the Finger of Fate drainage from the Decker Peak drainage. At the pass, stay left and descend back down into the next drainage where you'll leave the trail. 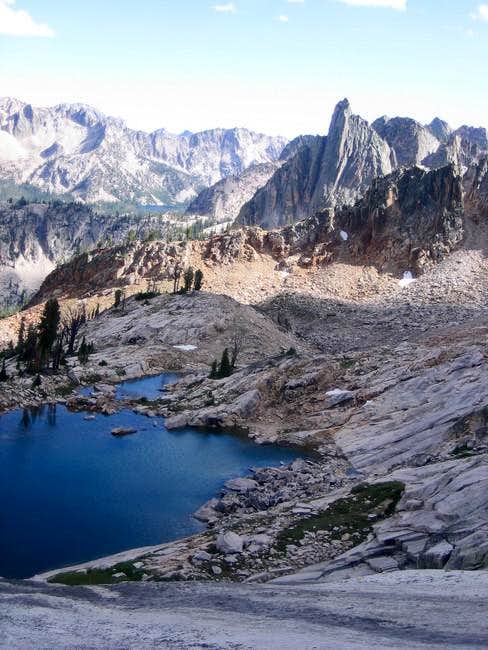 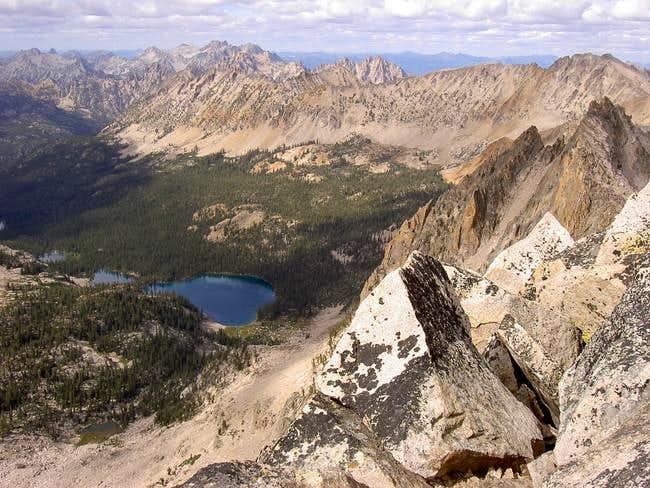 Conditions are often windy above 10,000 feet, especially on a major crest like this. Standard climbing season is June through October. Conditions vary greatly.  The Sawtooth Valley can be one of the coldest areas in the nation during the winter. Negative readings are often common.  Snowfall can vary and occur at any time. Summer days can still be hot, but you'll probably never experience 90 or above, especially once you get up higher.  Nearby Stanley, Idaho Climate Data:

Sawtooth Climbing Beta is hard to come by. There is no official book or publication that gives detailed description. Here are a few references that have some more basic information and photographs on nearby climbs:

Camping is allowed virtually anywhere in the region