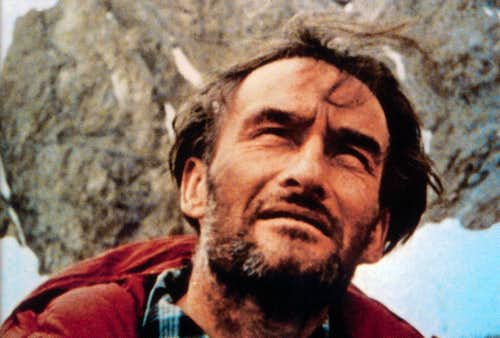 
Gino Soldà was born on 1907, March 8th in Valdagno (Vicenza, Italy), a little town close to Recoaro Terme, at the foot of the prealpine group of Piccole Dolomiti (Little Dolomites), where he moved very young. This is an important detail because all his life was always in full accord with this mountain origin, notwithstanding in the golden years his passion for climbing and exploring kept him often far from his loved valley. Gino started to climb in 1923 and he is considered one of the best protagonists of the historic “Sixth Grade Golden Age”.

On the top of Cima Piccola di Lavaredo

Gino's first considerable climb occurred in 1924, when he realized alone at the age of seventeen the first winter ascent of Baffelan East face (Piccole Dolomiti).
His natural talent for climbing and his passion led him to make the mountain his reason for living. Still very young he become an Alpine Guide (1928) and took on the management of the shelter on Campogrosso Pass, in Little Dolomites, with his brother Aldo. Soon Gino reached the highest level in climbing, for those times the VI grade UIAA; he climbed numberless extreme routes in the Dolomites, also realizing several new ones and becoming an outstanding exponent of the European mountaineering during the decennium 1929 – 1939. His most important and world famous undertaking were Marmolada di Penia South-West face 1st ascent in 1936 with his pal Umberto Conforto and Sassolungo North face 1st ascent, climbed in the same year together with Franco Bertoldi: another challenging new route on the majestic 1100 m. high North face of Sassolungo. This route, defined by a British party which climbed it in 1975 as “no place for brass monkeys”, is a highly engaged climb inside a very severe environment and very rarely repeated. 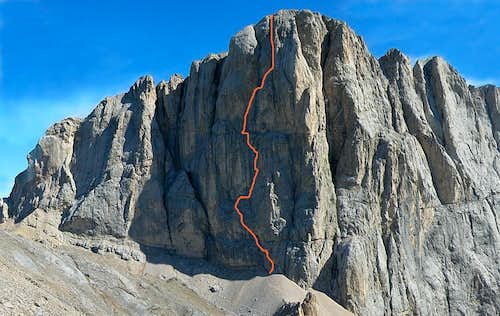 Gino was also a great champion of ski: alpine ski, Nordic ski and ski-jump; in 1932 he participated to the Lake Placid Olympic Games, raising Italian team’s performance, not very good in that occasion because of some problems with ski wax. Once coming back in Italy he considered and studied the problem and in 1934 he established a factory for the production of ski-wax, which is still a renowned one under the management of his son Manlio.

The man, the legend

Gino Soldà was an artist of climbing, designing new elegant lines on unexplorated stunning faces. Surely his charm has a lot to do with his extraordinary enterprises in the Dolomites and his vocation to pioneer new peaks and climbing new routes, but also with his humanity, his loftiness of feelings and with the exceptional authoritativeness which people always attributed to him. Gino loved the mountain over every thing, but he had also a great consideration for the safety of climbers and mountaineers. For this reason since 1938 he dedicated himself to the Alpine Rescue and in 1965 he became the leader of “Recoaro-Valdagno” Alpine Rescue Station, founded by himself.

During the World War II he profuse its commitment in bringing people persecuted to safety in Switzerland and moreover he had an active role as a fighter in the War of Liberation. In the immediate post-war period Gino resumed his activities of Mountain Guide on Passo Sella, Dolomites. Recently his fellow-citizens has dedicated to Gino the mountaineering School founded between the sections of Club Alpino Italiano in Valdagno, Recoaro and Arzignano, which now is named “MOUNTAIN SCHOOL GINO SOLDA”’. Notwithstanding Gino was a great champion, he was free from every contest’s disposition and he also liked to climb together the other outstanding mountaineers of his age, like Giusto Gervasutti, Raffaele Carlesso and later Gaston Rebuffat. Until the vigour was with him he never stopped climbing and realized his last climb in 1978, at the age of seventhy-one, with his son Manlio and his grandchild Giorgia just on the Baffelan, the peak where he had started his striking career. 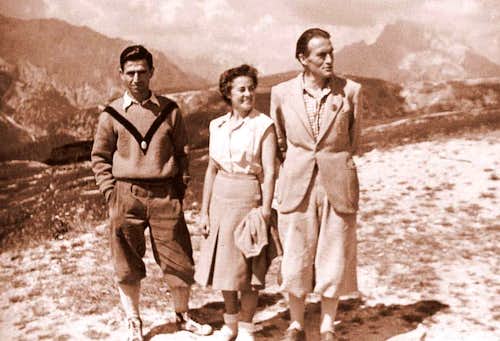 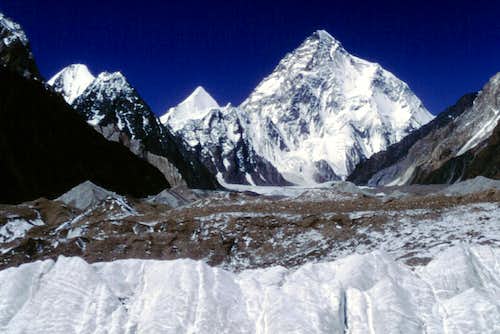 Gino Soldà was selected in 1954 to participate to the K2 Italian Expedition and at the age of 47 he was its oldest member. He was selected not only because of his climbing qualities, but also for his authoritativeness, his good knowledge of English and his high talent to manage all the situations and mainly the relationship with Baltì porters, a very important side in that kind of expeditions. Gino climbed till Piramide Nera at 7100 m.

The friendship with Hans Kraus, a physician of John F. Kennedy 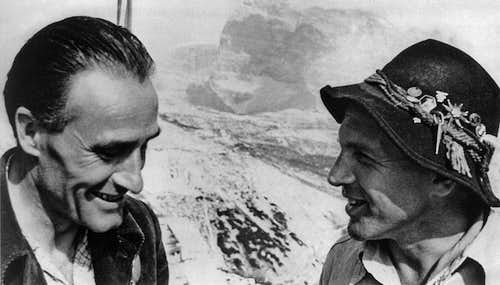 For a long time Gino climbed with Hans Kraus, a personal physician of John Fitzgerald Kennedy, who went in Italy for several years to climb with Gino, realizing together different first ascents; in 1963 Gino and Hans climbed another new route on the beautiful Torre dell’Emmele ESE face and Gino willed the route was dedicated to the President John F. Kennedy.

Hi Mazzani, I was in Parma this cold weekend with my kids, looking for swimming pools and enotecas. This is a great article. I love the Dolomites and am very happy to learn about Solda. Your city is wonderful...I never before just ate hunks of Parmasian cheese on a plate, it was very good!

What a pity! But I'm happy you agree my town and our cheese...
I am also a Dolomites' great lover...and appreciate you SP pages and topos!
Cheers.
silvia mazzani

Gino Soldà was a great friend of Georges and Sonia Livanos. They admired his climbing style. When they were in the Dolomites, particularly in the Civetta, often Gino would make a large detour to come and spend a few hours with them before going back to his work late the same evening. I have a nice photo of him with Sonia and Robert Gabriel (must be 1951 or 1952) that you can see among my pictures and that you are welcome to use.

Re: Gino a great friend

Ciao Eric,
i didn't know Gino was a friend of Georges and Sonia...i'm a great fans of Georges and i've been numberless times in Dolomites and Calanques to climb their routes and Rebuffat's ones.
i've seen your fine picture of Gino with Sonia and Robert; i'd like to attach the picture to my Soldà page, but the SummitPost functions don't let me make that... Only you - if you want - are authorized to do it...
Thank you very much for you kind message!
Cheers.

Re: Gino a great friend

Excited to go to the Calanques one day and climb some of these classics!

Fine page to a very tough and resilient climber, a great man.
Thank you.

Thank also to you for visiting and appreciating my page of mountaineering's history.
Cheers

for this portrait of a great climber.
Gabriele

Thanks to you, Gabriele, for visiting...
Cheers