Piccole Dolomiti: the door of the Alps. 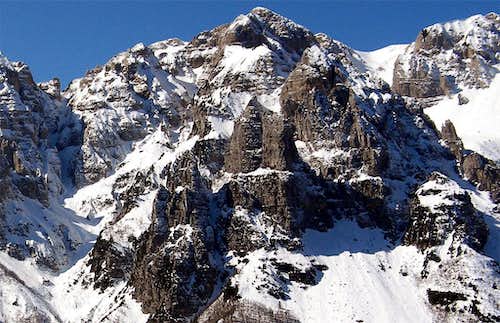 This interesting and beautiful range belongs to the Prealpi Venete and lies from the Adige river to the Piave river between Trento, Verona and Vicenza provinces. All its mountains are very particular: dolomite rock characterized by pinnacles, ravines, hard slopes. The highest summit is Cima Carega 2259 m. 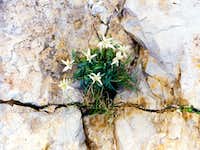 The range is made of the Carega Group, the Sengio Alto Group and the 3 Croci (crosses) chain.
These groups have one side full of very steep walls, channels and slopes with big differences in elevation, while on the opposite one the slopes are a little sweeter. Their ridges are broken in sharp towers and spires that give them a typical Dolomiti look. Their walls and ridges are cut by steep rocky channels, here named "Vaj", due to the heavy rainfalls that cause a big soil erosion .

The relief and the complex structure of the ridges and chains are a big obstacle to wind flowing so that the fogs and clouds coming from surrounding valleys usually stop here bringing a very fickle weather.  The severe look, the big walls and the steep paths normally descourage the medium hiker but allow this area to keep its historical and environmental prerogatives