This is one of higher peaks in the south of Kamchatka-peninsula. It is located west-south from the city of Elizovo, closest setlement is the village Sosnovka 7.8 km from the peak. Sosnovka is just on the south from Elizovo, see the map. 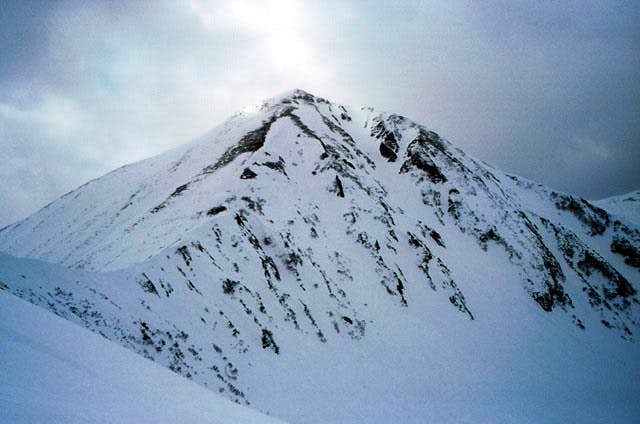 The highest part is steep and rocky, in winter conditions there is ice and overfrozen snow.

Flights to Kamchatka are described at the pages for Viljuchinskij volcano and at Klyuchevskaja sopka. From Elizovo airport you can take a car to the Moroznaja ski resort or to the village of Sosnovka. Moroznaja is just 7 km from Elizovo, whereas Sosnovka lies on the route to Termalnyj, and you have to turn right in Nikolajevka

Similar to other peaks and volcanos at Kamchatka. You need valid tourist Russian visa, registration at OVIR for all foreigners within three days after you fly in Kamchatka. All of it can be managed through several Kamchatka's travel agencies.

Ostraja sopka is accessible over the whole year.

There are many routes and treks to Ostraja sopka and around, and three main can be described according to starting point (see details of routes at route section):

1. The "valley" route started at the Moroznaja ski resort and goes through the valley of river Polovinka.

2. From the village of Sosnovka.

3. From Sadovyj - part of Elizovo. Magnificent views during the route to five vulcanos located north from Petropavlovsk-Kamchatskij. 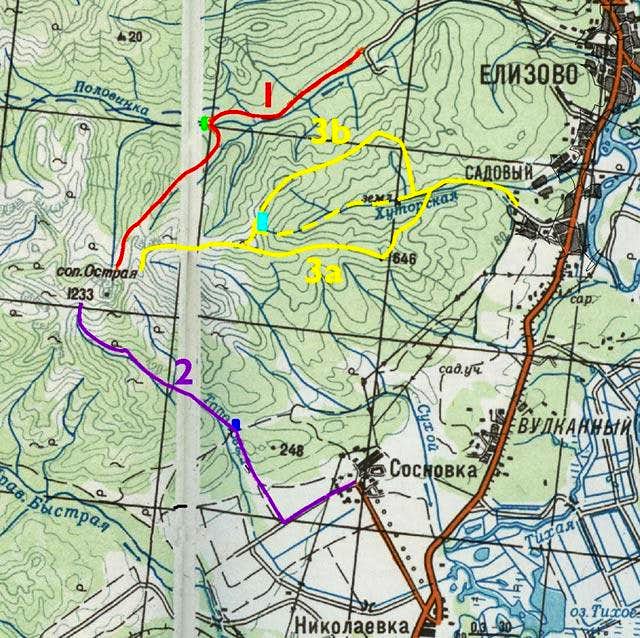 Several maps of Kamchatka are accessible at:
Map server

The peak is easily reachable, thus you can start in Elizovo. If you plan climbing also other peaks or trekking around, it is without any problem to set up a tent somewhere there. Just be careful with bears.

During the winter you need crampoons, axes, and helmet as free stones fall down on ribs and colouirs all over the year. Sometimes it is better to use rope, and safety equipment in the highest part of climb. For snow climbs, skiing and snowboarding, it is necessary to carry avalanche transceiver, snow showel, and snow probe. During the summer only free stones can be a problem.