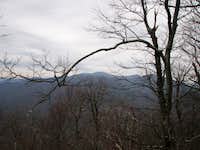 Apple Orchard Mountain was named not for some expanse of apple trees planted on its slopes, but for the nature of the dominant northern red oak forests on its summits and ridges. The weather is so severe on the upper elevations of the mountain that the trees have taken on a stunted appearance, as if they have been trimmed and pruned over the decades. In fact, no human hand has altered them, but Mother Nature has had her way with them by virtue of harsh conditions and the icy winds that rake the peak during the long winter months.

Both the Appalachian Trail and the Blue Ridge Parkway pass within a very short distance of the very top of Apple Orchard Mountain. The top of the mountain, though, is home to a Naval radar station, the unique form of which is visible from a great distance. For this reason, the only way to hike to near the top of Apple Orchard Mountain is via the Appalachian Trail.

Anyone thru-hiking the AT will find that they are at a unique position when atop Apple Orchard. From this point, you will not reach a higher peak for 1000 miles if northbound (in New Hampshire) or 300 miles southbound. So it's a pretty impressive peak along the center section of the AT. Another fact is that Apple Orchard is one of the most prominent peaks in the state of Virginia. Depending on where one considers the base of the mountain to be, it achieves somewhere between 2,900 and 3,000 feet of prominence. There are plenty of points along this section of both the AT and the Blue Ridge Parkway where one can look down over 3,000 feet into the valleys below.

Because of this peak's sheer prominence and rugged features, it makes for a really good hiking destination. Its slopes are clothed in a dizzying array of vegetation, and home to plenty of wildlife. It's not unusual to encounter black bears here in decent numbers, and the whitetail deer herds are off the scales. It would be nice if coyotes would move into the vicinity to start thinning out the deer herds. One very famous feature on the peak is Apple Orchard Falls, one of the most impressive waterfalls I've encountered in the entire state of Virginia. 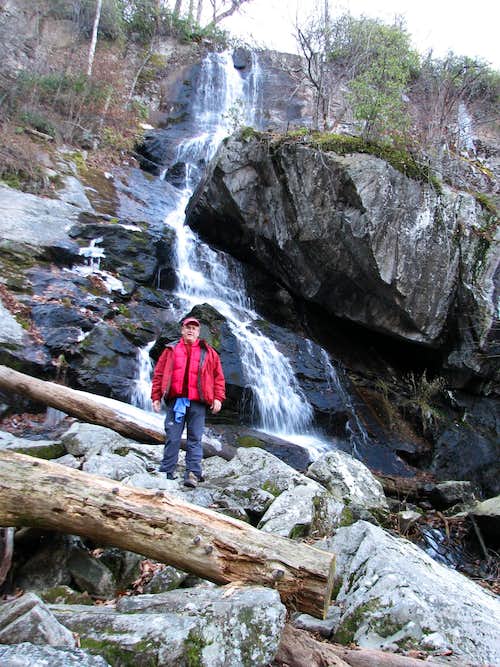 Easiest access is at the junction of the Apple Orchard Falls Trail and the Appalachian Trail along the Blue Ridge Parkway. This is near milepost marker 78. From this point hike north to the summit of Apple Orchard Mountain. 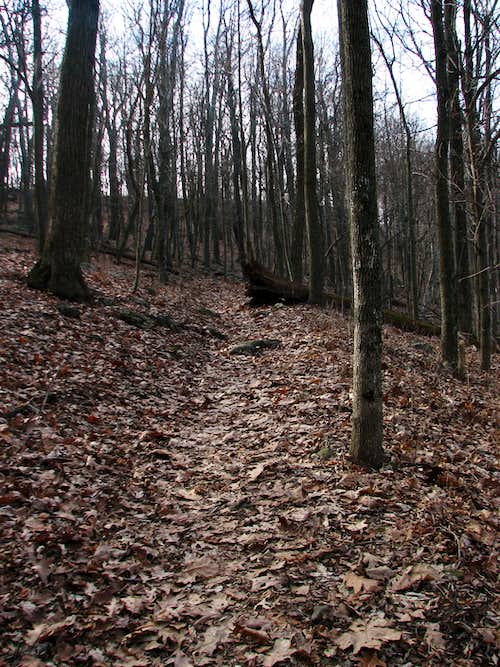 There is a Naval radar station on the summit. Stay away from the station itself.

Tons of free camping in the Jefferson National Forest around the peak and on the AT. There is one Appalachian Trail shelter near the summit--Cornelius Creek Shelter. 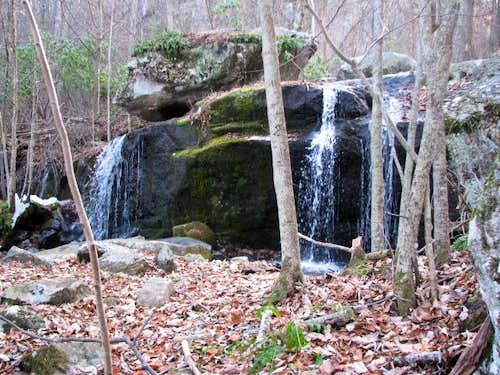 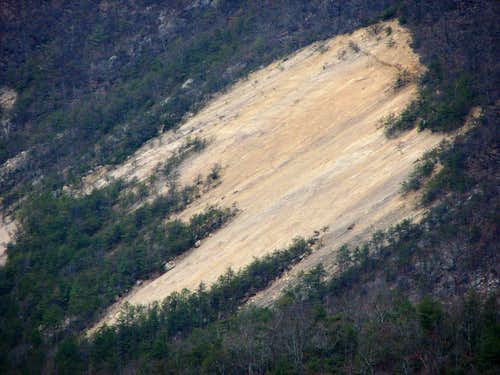