This might fit the notion of the Great Divide...
The Continental Divide, sometimes referred to as "America's Backbone" or "America's Spine," runs from the Arctic Ocean all the way to the southern tip of South America. In the Lower 48 of the United States, the Great Divide is the geographical barrier between east and west; rainfall and snowmelt that run west flow to the Pacific Ocean, and rainfall and snowmelt running east flow to the Atlantic.

The Great Divide is not only the geographical but also the wilderness heart of North America. Along its ridges and within its shadows lie the best and the largest habitats (in the Lower 48) for many of the great animals that epitomize the spirit of the American wilderness-- the elk, the grizzly bear, the moose, the wolverine, the lynx, and, above all else, the wolf. Especially in Montana and Wyoming, the Divide runs through mountain country that still rebuffs mankind's attempts to tame it.

There are all kinds of lists out there: continental highpoints, national highpoints, state highpoints, and county highpoints, to name a few. Surely, there must be some others besides myself who feel a pull to stand atop peaks that straddle the Continental Divide. This page is for those people.

It would be enormously time-consuming to list all the Montana peaks that are on the Continental Divide. Instead, this page lists (and provides links for) those Montana peaks that are on the Divide and also have pages here on SummitPost. The peaks are grouped by the parent areas represented here on SP, and both the areas and the peaks themselves are listed as one would encounter them starting from the Canadian Border and traveling the Divide to Yellowstone.

Note: Since a long stretch of the Continental Divide makes the border between Idaho and Montana, this page also serves as a listing of Idaho's CD peaks. Those peaks are all in the Beaverhead Mountains. 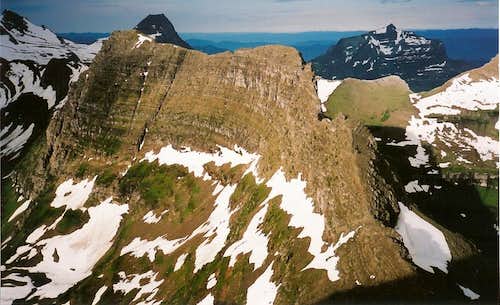 The Divide in Montana

Lower Red Rock Lake and the Continental Divide, Centennial Mountains
It seems fitting that the Great Divide runs through so much of the state whose name means "mountain."

Starting at the Canadian Border, the Divide winds through what is arguably its most amazing section in the American Rockies: Glacier National Park. Knife-edge ridges, glacially carved horns, and (receding) glaciers make a spectacle so stunning that some people find their pulses quickening and their breathing short the first time they see it (and on subsequent visits, too). Through Glacier, the Divide visits and overlooks huge tracts of pristine alpine wilderness that simply has to be seen to be believed.

At Marias Pass, the Divide leaves Glacier and journeys into the Great Bear Wilderness, part of the larger Bob Marshall Wilderness Complex. Bob Marshall country is one of the largest federally protected wilderness areas in the Lower 48 (behind only the complex of the Selway-Bitterroot and River of No Return systems in Idaho and Montana), and it is a paradise for backpackers and wanderers. Among the great Continental Divide sights in Bob Marshall country are the Chinese Wall, a long, 1000'-high limestone escarpment deep in the wilderness; and Scapegoat Mountain, guarded by sheer, massive cliffs. Although Bob Marshall country is represented here on SP, none of its Divide peaks are (yet).

As the Divide leaves the Scapegoat Wilderness, the southernmost of the Bob Marshall Complex's three contiguous wilderness areas (the other is actually called the Bob Marshall Wilderness), and reaches Rogers Pass, the mountains become lower and less spectacular, but they start getting serious again south and west of Anaconda in the Anaconda-Pintler Wilderness, where the alpine peaks of the Anaconda Range grace the Divide. Life has thus far granted me just one foray into this range-- a hike to Rainbow Pass (on the Continental Divide) and then a brief trek along the ridge north of the pass-- but that one glimpse revealed a range of tall peaks and beautiful lakes, all in an area that receives nowhere near the visitation that areas like Glacier and Yellowstone do. The range isn't as wild as Glacier and Bob Marshall country are, but the scenery and the solitude make these mountains well worth a visit.

The Beaverheads, part of the larger Bitterroot Range, are, like the Anacondas, a range of high, relatively little-known peaks. They run along the Idaho-Montana Border from Lost Creek Pass to Monida Pass, where the the Centennial Mountains, the third major group of mountains making up the Bitterroot Range, begin. East of the Centennial Mountains (an area not yet represented on SP except in some photographs), which end at Red Rock Pass (near beautiful Red Rock Lakes National Wildlife Refuge), the Great Divide leaves Montana to enter Wyoming via Yellowstone National Park (page for Wyoming CD peaks). 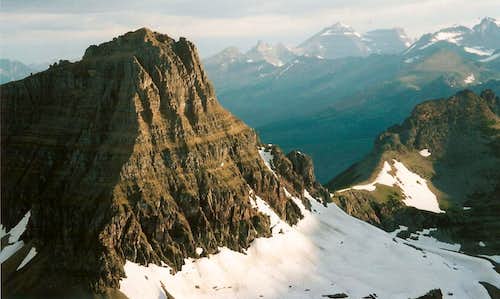 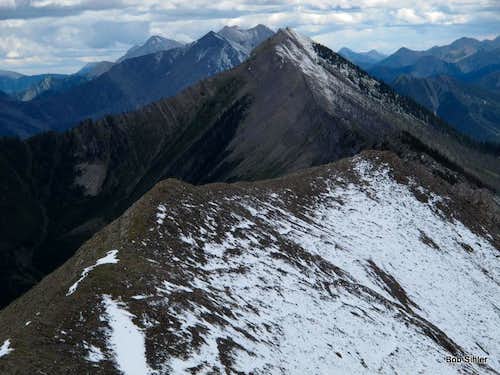 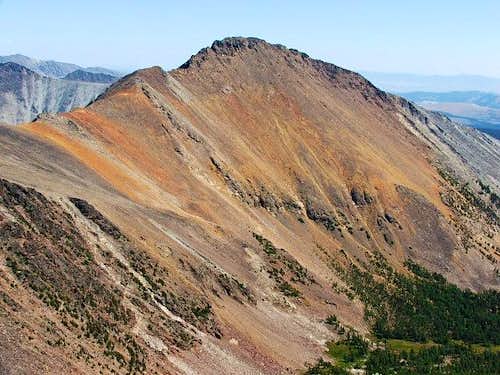 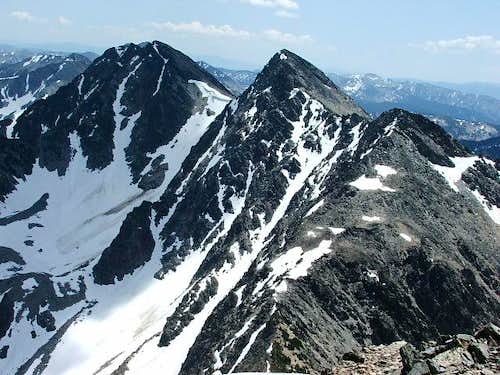 Right you are. It's on now. Thanks.

I haven't been to the park for almost 3 weeks. I am shaking and have the cold sweats...perhaps I need detox!

Considering I haven't been there for three weeks myself and won't be there until at least next August, you won't be getting much sympathy from me!

Thanks a lot. If I could find someone to climb with I could get my fix but alas no one else can get a kitchen pass from their wife.

would be appropriate to add to this list as well. You can also add Chapman Peak, Mount Logan and Mount Rockwell as well.

Finally got around to it. Added the Mummy, too. And Chief Lodgepole; I had left out my own!

I know that Taylor Mountain is listed on a separate page, but what of Sheep Mountain on the CDT in Red Rock Lakes NWR in the Centennials? There are several peaks that the CDT crosses over in this area that are not listed on here, tallest of which is Mount Jefferson