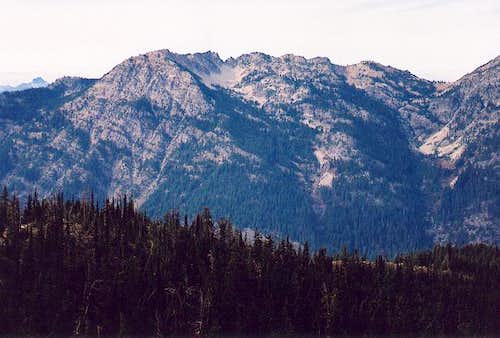 Davis Peak East Face With The Many Summits Visible

Davis Peak is a mountain with multiple peaks.  One of its summits once had a lookout. This mountain is a great viewpoint on a clear day, in fact, it is an outstanding viewpoint. The lookout is long gone but you can still see where it was located by some of the remnants that are still present.  What remains is a semi structure that is like a large rock windbreak. Where the lookout was located however, is not the highest summit on Davis Peak nor is it the end of the trail. The central peak, where the trail ends, gives you a great view down to Terrance and Opal Lakes.  It should be mentioned here that the Davis Peak trail also offers the easiest approach to nearby Goat Mountain, despite being the longest route for that mountain. 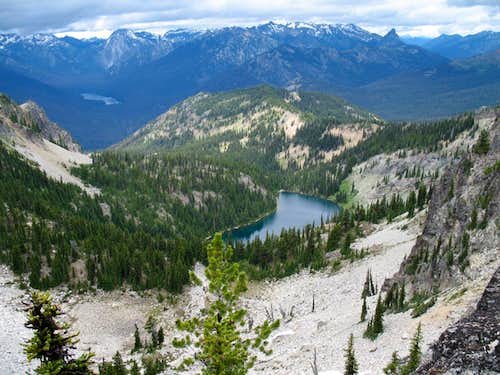 Lake Terence
There has been a long standing debate about which peak on Davis might actually be the highest.  Several strong arguments have been put forward by several respected Washington peakbaggers. Without diving to deeply into the disagreement, I will say that it has been narrowed down to only 2 out of 4 possible contenders. Before we proceed any further, you better have a look at the following route image. And if you don't know what prominence is or don't care about getting to the highest point, you can skip the next paragraph. 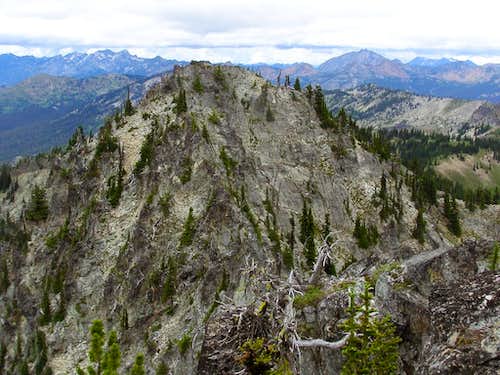 The North Peak seen from the Central Peak

For the rest of you, ignore the route lines and take a look at the various peaks which are indicated by blue circles. The west peak and southeast lookout site are visibly lower from the central peak. That leaves the central peak and north peak as real contenders for the true summit. Most hikers will be satisfied with the central peak considering the north peak requires class 3 scrambling and route finding. One argument posed about this topic is that the USGS map clearly indicates that the southwest lookout site is the namesake point. Ultimately you have to ask yourself what your motivations are. Do you want to reach the highest point of the mountain, or do you want to visit a named lookout site? Compulsive peakbaggers will likely visit all four peaks.  The most recent observations indicate that the North Peak is truly the highest. 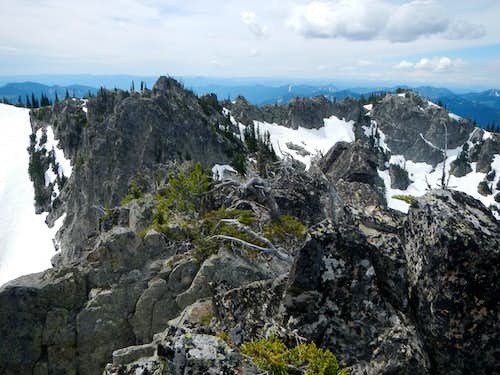 The Central and West Peaks seen from the North Peak

History of the Lookout

As many of the peaks in the northwest were utilized for the establishment of lookouts, trails were generally built to service them. Even though this peak's lookout is long gone, a great trail remains and allows for easy access. The peak was named in honor of Louie Davis, a young man who died during the offseason. Ranger Grover Burch was the one who did the naming and it is appropriate to realize that this peak was named for someone who served as a lookout. According to Ira Spring and Byron Fish, the lookout was built about 1934 and removed in 1968. 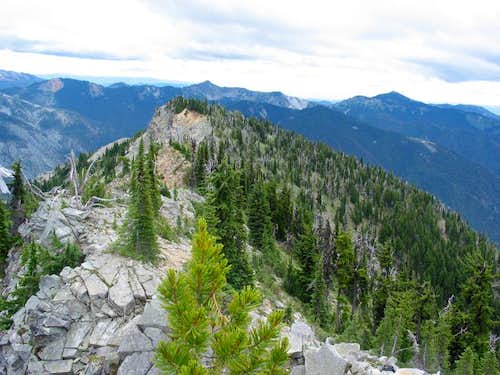 Many who climb this peak (err, hike this peak) do so because it was a lookout peak and there are many who are interested in visiting as many of the lookout sites and existing lookouts as they can. A noble pursuit and a healthy one.

This map is a visual display of the GPX file which you can download in the link near the top of the page. Note that this track line ends where the trail ends on the central peak and does not extend to the probably higher north peak.

Whether you are coming from the east or the west on I-90, you need to exit at Cle Elum. Look for SR 903 as it heads from Cle Elum to Rosyln. It is about 19 miles to Salmon La Sac and just before the campground and a bridge you would cross if you went too far, there is a road that angles up to the right (FS 4330) and 1.7 miles of bumpy washboarded road will bring you to the signed turnoff for Davis Peak. 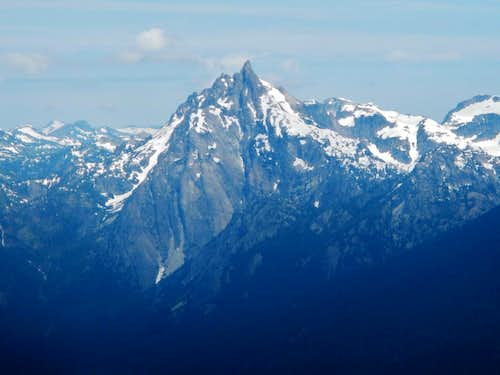 Go left (north) and in less than a half mile the road descends to the TH (this last bit of road can be rough). An additional area for parking is found just above the lower parking area and if you can't find decent parking, back track up the road to this nicer area to park. From the TH, descend to a crossing of a nice bridge that gets you nicely over the Cle Elum River. From there, its onward and upward.

For more information about the route (trail), see the route page to the left.

No trail pass was required to park at the TH.

Nearby car camping is available at several campgrounds along the Cle Elum river with Salmon La Sac being the closest.

It is also possible to camp along the roads (where not posted) and at the 2nd parking area. I'm not sure I'd want to put a tent up at that one but it is flat enough to sleep comfortably in your own vehicle. 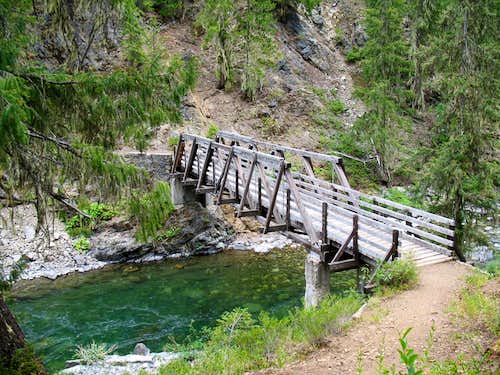 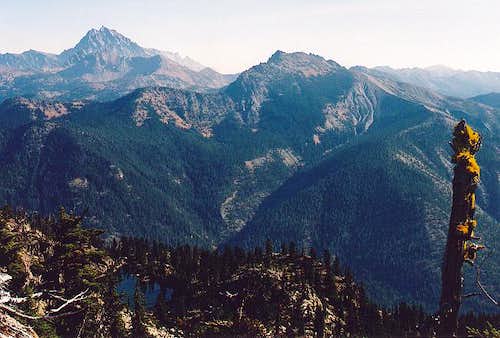 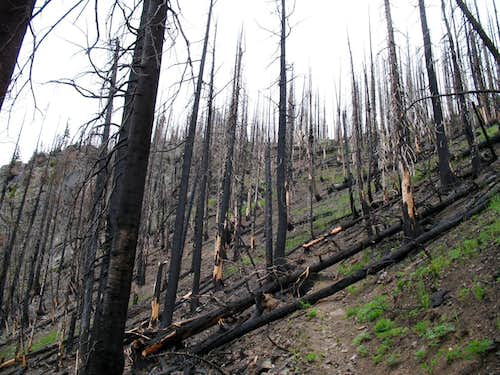 A fire burned on the southwest side of Davis Peak in September of 2006. As a result, the trail was closed for a season. The worst damage was above the 4000 foot mark or thereabouts.

This page was originally created by SP member Dean.  Much of the current content is his creation, but I updated a lot of the information. Thanks Dean for all your hard work on Summitpost!