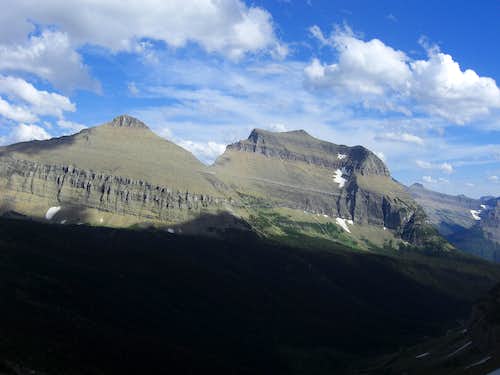 Matahpi and GTTS from the NW

Matahpi is frequently climbed in conjunction with an ascent of Going-to-the-Sun with the most common routes on each starting at the saddle between them.  It is about 1,000 feet of vertical to the summit of Matahpi from the saddle and about 1,200 feet of vertical to GTTS.  Total one-way distance to the Matahpi/GTTS saddle by the shortest route is around 3 miles with an elevation gain of a little over 2,500 feet.

The route from the Matahpi/GTTS saddle is the South Slope or South Ridge.  Other routes include the NE Route and the West Couloir.  Note that the cliffs on the north and most of the west side of the summit block would involve Class 5 climbing, so for scramblers both of these other routes finish on the the south side.

All the routes on the peak are accessed from the Siyeh Pass Trail.  The trail head providing the shortest approach at Siyeh Bend on the Going to the Sun Road.  This trail head and the first part of the trail are shared with the Piegan Pass Trail. 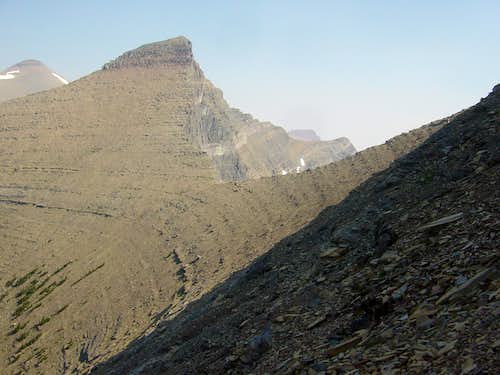 Matahpi Peak from the south (GTTS) 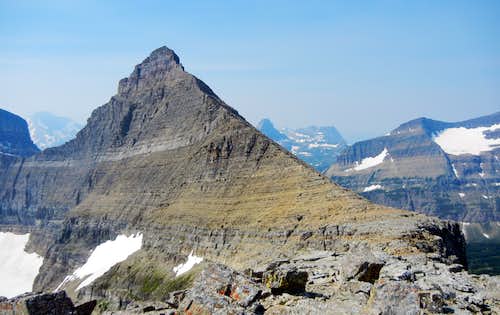 Matahpi Peak from low on the Northeast Ridge 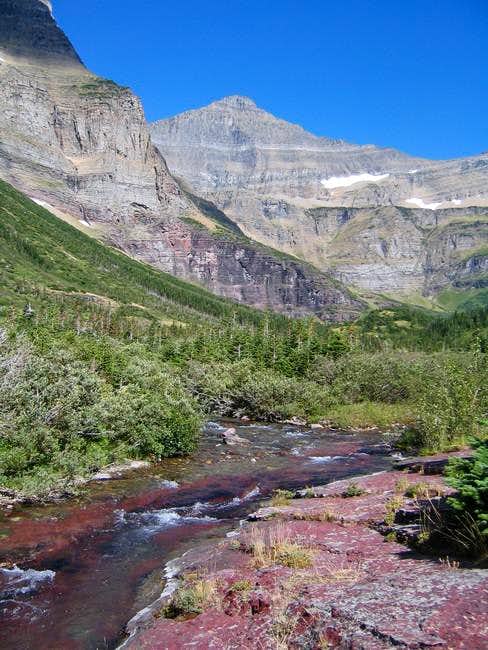 Matahpi Peak from the east

You must pay to enter the Park.  Current fees can be found through the NPS Glacier Park Page.  Otherwise, there is no red tape.

The peak is not intrinsically impossible to climb in the winter months. In fact, adequate snow coverage makes much of the approach over rotten rock easier. However, closure of Going-to-the-Sun Road adds 25 miles to any round trip climb. The obvious strategy would be to ski up Going-to-the-Sun Road.  Extreme avalanche danger. 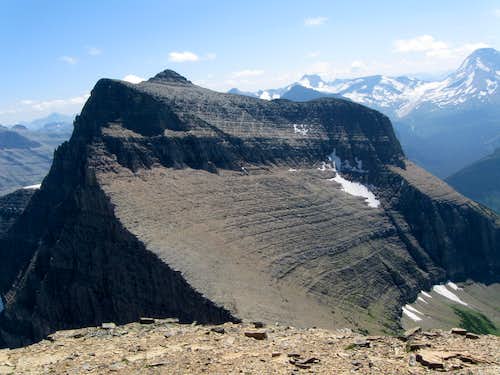 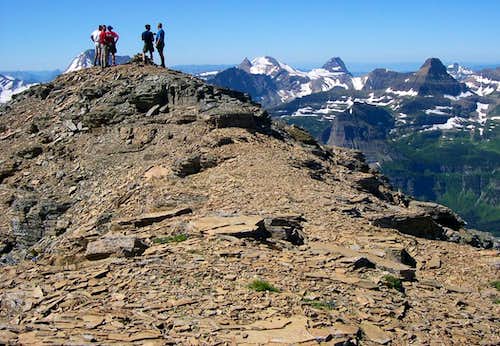 Camping and lodging information for inside the Park can be found through the NPS Glacier Park Page.

Lodging outside the Park can be found in any of the small towns near the Park. There are also RV parks and campgrounds on both the east and west sides of the Park. 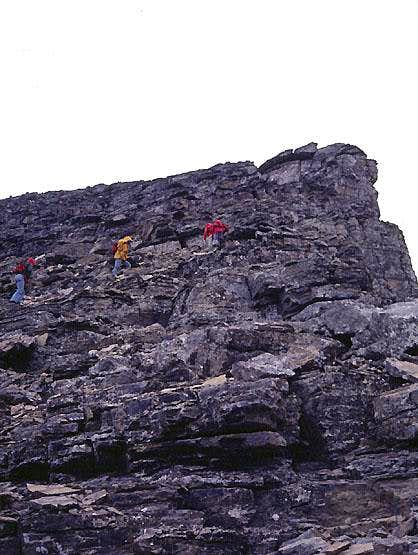 On the South Ridge Matahpi


The rock in Glacier National Park is not particularly good and there have been a couple of grading systems developed.   A description of each can be found in this fact sheet:

"MATAHPI PEAK - The name, meaning "Face Mountain," was the old Blackfeet name for Going-to-the-Sun Mountain, because of the snow field that resembles the head of an Indian Chief near the eastern summit of the latter peak, when viewed from the east at certain times of the year. The name was erroneously applied by white men to the small peak immediately north of Going-to-the-Sun Mountain."