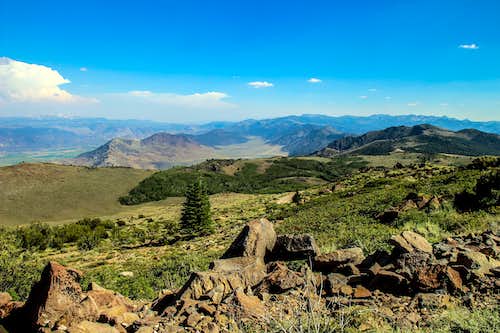 South from Leviathan Peak
Monitor Pass is a mountain pass in the eastern Sierra front, about 10 miles east of the Sierra crest at Ebbetts Pass. Unlike Ebbetts Pass, Carson Pass, Sonora Pass, or Luther Pass, the Monitor Pass area is not a base for much larger mountains.  The Monitor Pass area is almost entirely within Alpine County, although the road heading up from the east is in Mono County. No major summits are in Mono County.  The area is within a transition zone.  It isn't as desert-like as its neighbors to the east, but is clearly distinct from the Sierra Nevada to the west.  There is very little water, with a few minor lakes currently going dry.  Snowfall here is vastly lower than its western neighbors.  While Monitor Pass is at 8,314, the highest mountains above the pass are just below 9,000’. Three prominent mountains rise directly north and south of the plateau at the pass, while a few other prominent summits are accessible from or near Heenan Lake about 4 miles west of the pass. Views from Monitor Pass and the mountains around it are pretty spectacular, especially in springtime.  The mountains around Ebbetts Pass, Sonora Pass, Carson Pass adorn the skyline to the west.  While the Sweetwater Mountains are located east, along with Nevada desert peaks. 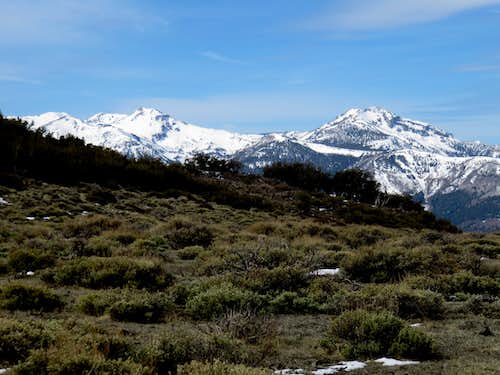 Silver Peak and Highland Peak from south of Monitor Pass 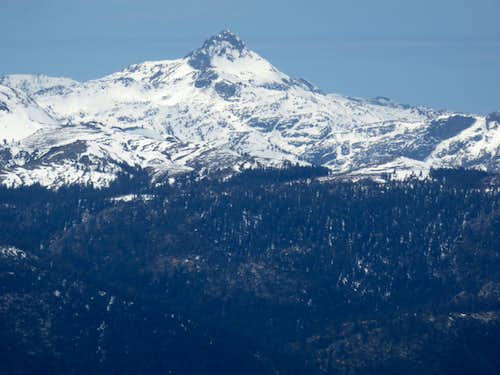 Round Top 10,381 seen from the east from Leviathan Peak 8,960'
The gentle nature of mountains at the pass makes this an ideal area for snowshoe hikers. Although the road is often closed during times of the heaviest snowfall, it is typically open when there is enough snow on the ground to allow for snowshoe hikers.

From the west: From the junction of Highway 4 with Highway 89 five miles south of Markleeville continue east on Hwy. 89 for eight miles to Monitor Pass. Heenan Lake is four miles east of the Highway 4/Highway 89 Junction and four miles west of Monitor Pass. 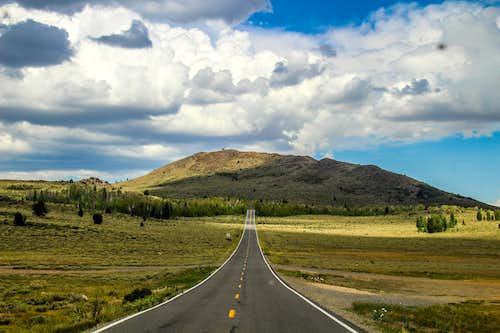 Leviathan Peak from the west
From the east: From the junction with Hwy. 395 south of Topaz Lake, enter California from the north and drive a few miles to the sign for Hwy 89 west. Take this road as it winds up to Monitor Pass, which is about 10 miles up the road. From the Reno/Carson City area, one can approach Monitor Pass via Highway 88 through Markleeville or via 395. Both are equidistant. It is shorter if hiking mountains near Heenan Lake.

*Leviathan Peak has various assumptions of its height. On topographic maps, and overlook at 8,942’ is referenced, while other assumptions have been made that the peak is 8,960’ or 8,980’. Google Earth™ indicates about 8,960’ just above the summit tower. Regardless, it is definitely at least 8,960’ and definitely less than 9,000’. 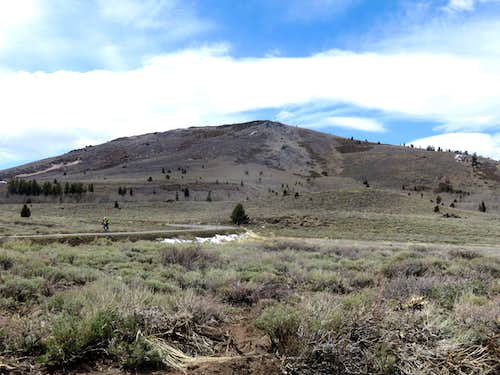 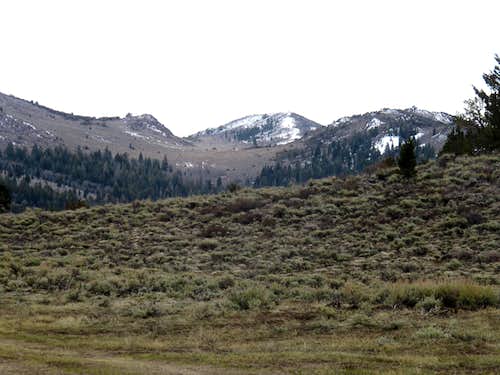 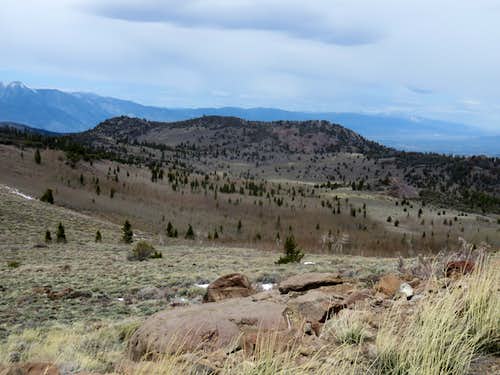 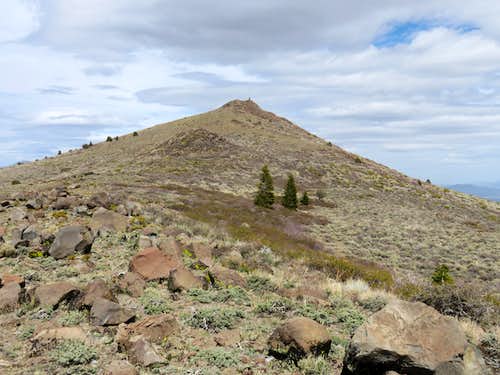 Heenan Lake - Photo by California Department of Fish and Game