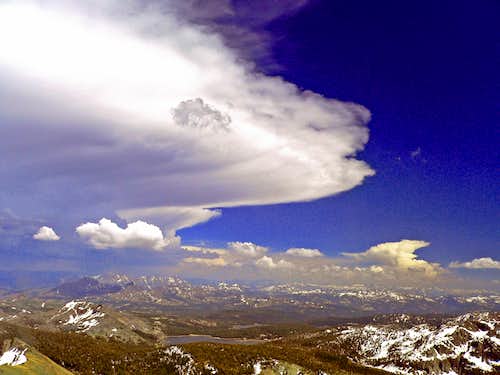 Approaching storm from Round Top

Carson Pass is the fourth highest automobile pass in the Sierra Nevada. It is located in the Northern Sierra between Ebbetts Pass to the south and Luther Pass south of Lake Tahoe to the north. Highway 88 crosses the pass.  Carson Pass is a very accessible and popular area for hiking, peakbagging and skiing. It is located mostly within the boundaries of Eldorado National Forest.

The eastern portion of the extended area of this page is in the Toiyabe National Forest and the area south of the pass is in the Mokelumne Wilderness. The Pacific Crest Trail (PCT) crosses the pass and there is a good system of trails in the area. The terrain is relatively gentle by Sierra standards with some beautiful lake destinations and virtually all of the peaks can be done in a day or less. The profusion of spring flowers just south of the pass are some of the best to be found in the range. Kirkwood Ski Resort about five miles west of the pass is one of the most popular ski areas in the Northern Sierra. Kirkwood also offers tremendous summer hiking options.

The highest peak in the vicinity of Carson Pass is Round Top at 10,381', which despite not being very high, is quite spectacular and maintains features more characteristic of a much higher peak.

For this page we've loosely expanded the boundaries with Silver Lake to the west; Hope Valley to the north; Highway 89 going north from Markleeville to the east; and Blue Lakes to the south.

There are several trailheads in the area, including Carson Pass itself and Woods Lake about 1.7 miles to the west being the main trailheads at Carson Pass.

West from PCT near Carson Pass

Carson Pass is reached via Highway 88.

For current road conditions click on this Caltrans link.

From Hwy. 88 out of Stockton: Go northeast up through the west side of the range approximately 100 miles to the pass. 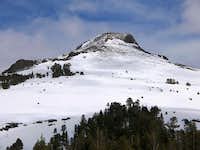 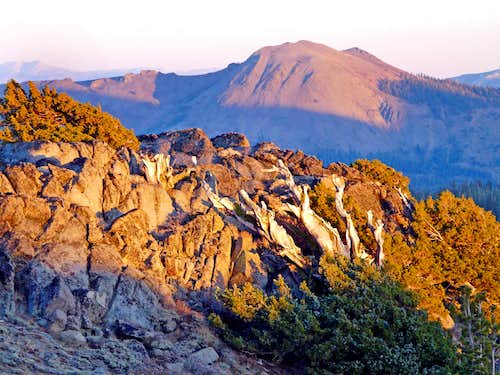 Markleeville Peak from Red Lake Peak south slope
For red tape info for the Mokelumne Wilderness go to red tape on the Mokelumne Wilderness page and scroll down to the Red Tape section.
For the greater Eldorado National Forest click on Recreation Passes and Permits.
For Toiyabe National Forest passes and permits click here.
For Carson Pass parking fee details in winter sno-park and summer parking as well as  fees and reservations for Woods Lake campground click here.
Carson Pass is open all year round due to the ski area. 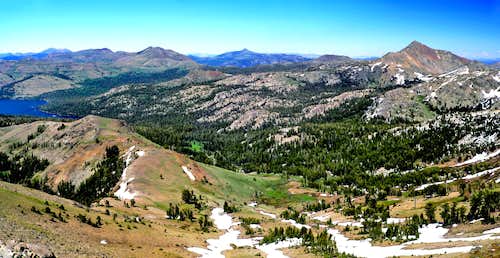 Trail to Lake Winnemucca
For a comprehensive list of trails in the Carson Pass Area see this list on All Trails. 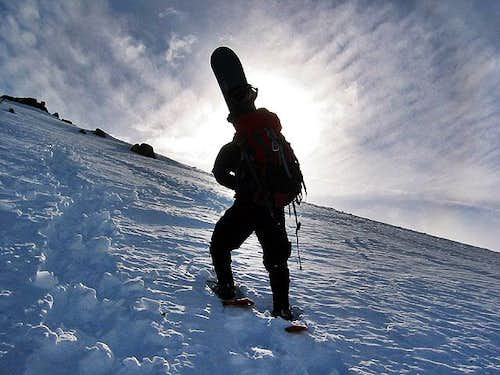 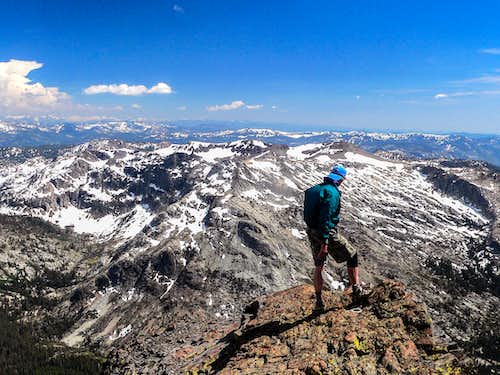 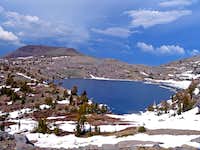 Winnemucca Lake and Elephants Back 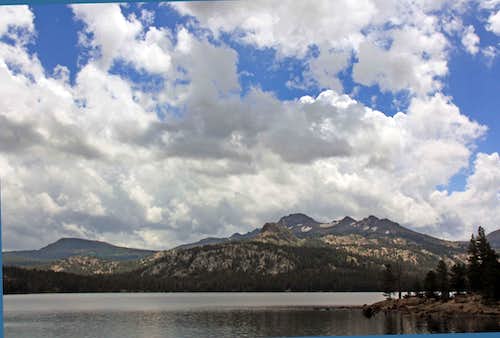 Elephants Back, Round Top and The Sisters from Caples Lake
Click here for the current weather and forecast for Carson Pass. 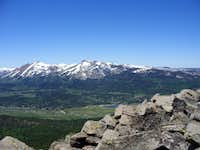 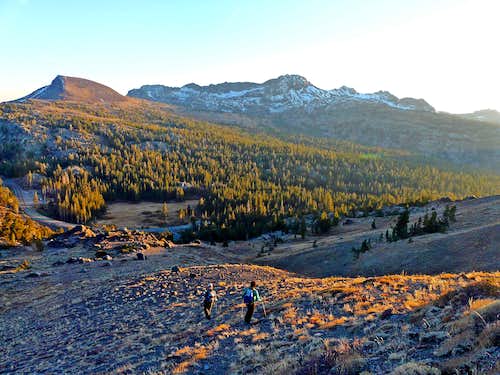 Hikers decending to Carson Pass from Red Lake Peak
Christopher (Kit) Carson (1809-1868), a mountain man, scout, soldier and Indian agent. He was with John C Freemont on Freemont's second exploring expedition; the party crossed the Sierra at Carson Pass in February 1844. Freemont named the river for Carson; the other "Carson" names derive from that. "Carson River" appears for the first time on the Pruess map of 1848. "Carson Pass" and "Carson Canyon" are on the Britton and Rey's map of California by George H. Goddard, 1857. In the 19th century the Carson Pass route was known as the "Amador and Carson Valley Road." The Carson Range was at one time called "The Rose Valley Range;" it was changed to it's present name by a BGN decision in 1939. -Place Names of the Sierra Nevada- Peter Browning

Freemont and the first crossing of Carson Pass. 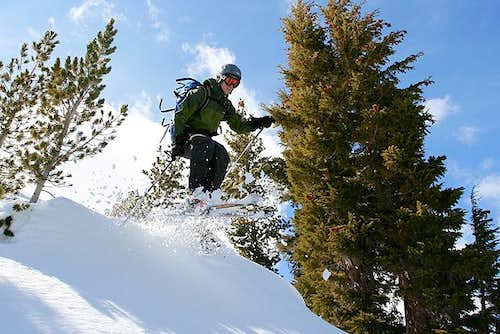 Ascending Elephants Back in winter
Click on this page for a brief history of the first crossing of Carson Pass.

A park ranger stumbled across a major fossil find in an undisclosed location somewhere in the Mokelumne River Watershed in the Sierra foothills, including what looks to be a petrified forest and a 400lb salmon. "In the foothills of the Sierra Nevada Mountains in California, paleontologists have uncovered a collection of fossils, including an eight-million-year-old mastodon skull with both tusks intact, a rhino skeleton, a giant tortoise, 600 petrified trees, and many more specimens. Dating back to the Miocene epoch, the site is considered one of the most significant fossil discoveries in California history, reports Andrew Chamings for SFGate." More...