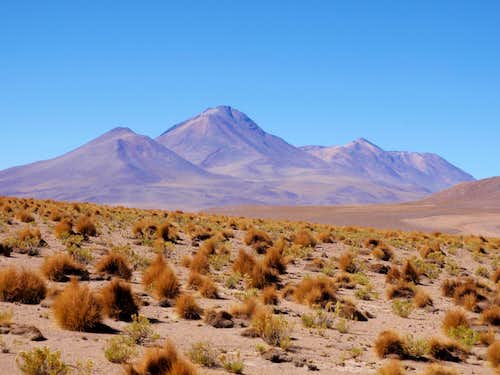 Callejón Cañapa (pronounced Ka-yee-hone Con-yapa) is a highly eroded dormant volcano, on the edge of the Atacama Desert in southwestern Bolivia. Cañapa has a long convoluted summit ridge which is indicative of shifting in the volcanic center over time. This process left multiple caldera sites. Fortunately, one point is much higher than the rest, so there is no guesswork involved. It's prominence exceeds 5200 feet. This area of the Cordillera Occidental is packed full of old volcanoes clustered closely together. Many of them are in the 18,000 to 20,000 foot range and have similar volcanic terrain, consisting mainly of broken talus and scree. Spread out between these giants are a series of salt flats, which may give the valley floor a shimmering white appearance. Historically, during the winter and spring, Callejón Cañapa and the surrounding peaks were snow capped, but in recent years the annual precipitation has decreased. With changing climate trends, it's yet to be seen if the snows will return to this part of Bolivia. 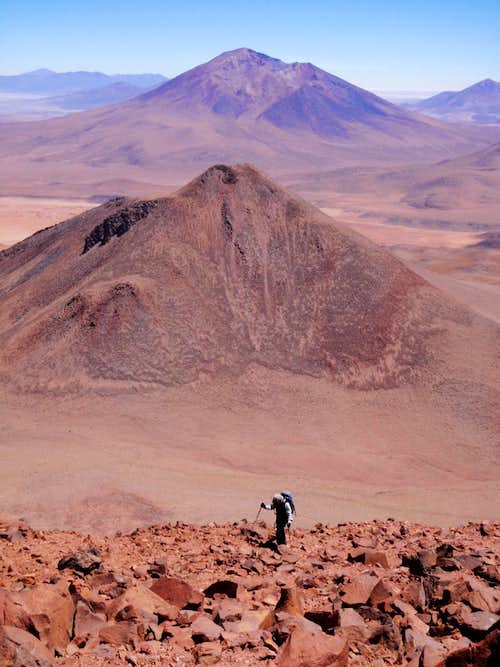 On The Northeast Ridge

If you decide to climb Callejón Cañapa, you will likely be the only one doing so. With this isolation, it's very important to follow a plan for acclimatization. Premature exposure to these altitudes can prove fatal. It is suggested that prospective climbers, especially those who live at low altitudes, visit a few lower peaks in the days preceding a Cañapa climb. Allowing the body time to adjust is key. 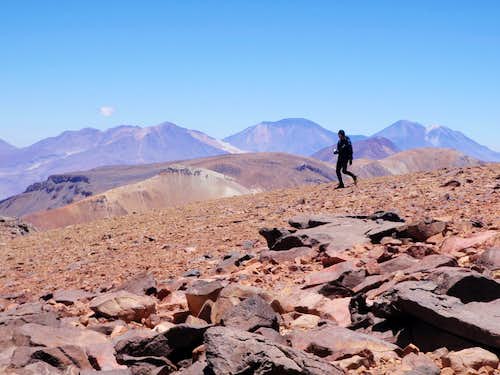 One of the things that makes Callejón Cañapa special is the large number of yareta plants (Azorella compacta) on the lower eastern slopes. It's worth mentioning a few of the attributes of this rare plant. Yaretas only grow in the range between 10,000 and 16,000 feet. They grow close to the ground to make the most of heat from the sun and protect against the sub freezing temperatures at night. The growth rate of the yareta is so slow, it is estimated that many plants are over 3000 years old, and some perhaps as old as 4000 years, making them one of the longest living organisms on earth. 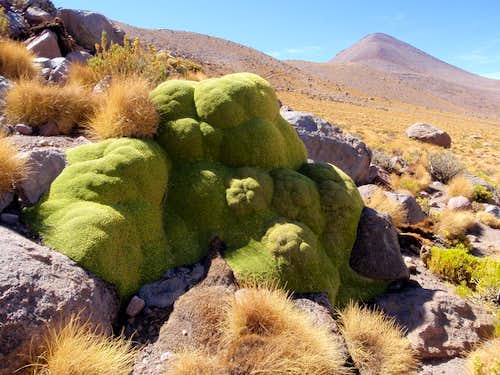 Contrary to how they appear, yaretas are firm to the touch and quite dense. In an area without trees and a time before modern fuels, the local inhabitants of this part of Bolivia discovered that these plants burn slow and hot. They were even used to run some steam engines. It's unfortunate that so many of these rare plants were destroyed considering how long it will take for them to return. But at least one good thing did come out of the destruction. An access road was construction to reach the plants on the lower east slopes of Callejón Cañapa. 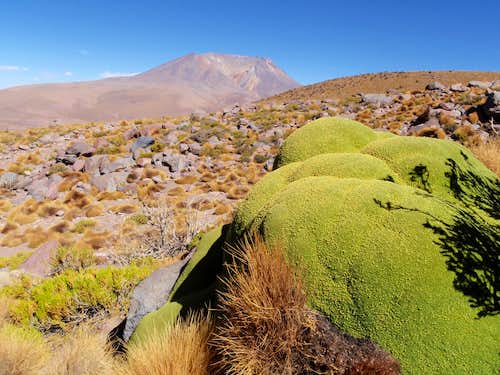 Many thanks to Rob Woodall for finding this road during an impressive bit of research using Google Earth. The road itself is rocky and highly overgrown with grasses and shrubs but any high clearance 4WD vehicle should be able to manage it. 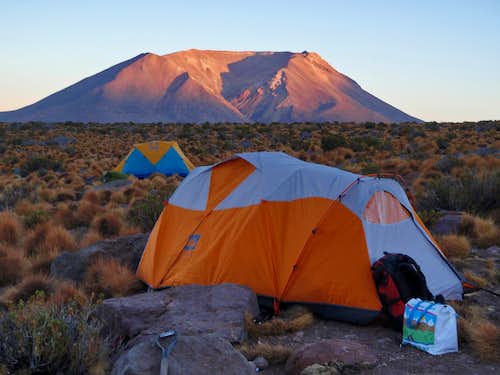 Whether walking from the main road or starting from a base camp a bit higher up, the object is to reach the northeast ridge. The broad slopes of Cañapa are very loose. Expect to encounter small spiky grass on the lower slopes and loose talus higher up on the ridges. Near the summit, there is one steep section which might require the use of hands but it not exposed and couldn't be considered difficult. On the way down, it's a good idea to descend the scree slope south of the northeast ridge. This will speed things up and there is a lot less talus to deal with.

Drive southwest on Route 701 for 197 kilometers. Turn right on the unmarked north-south road and drive another 15.6 kilometers. The main summit of Callejón Cañapa will be on your left. You are looking for a side road leading off to the west. You will find this faint road in a flat wide open section where the main road splits up into multiple tracks. 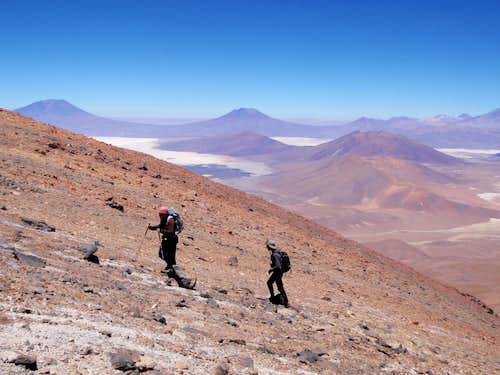 Drive southeast along the lower slopes of Volcán Ollagüe for 24 kilometers to a junction and continue on the same bearing until the road turns south. 37 kilometers from Estación Avaroa, the turn-off will be on your left. 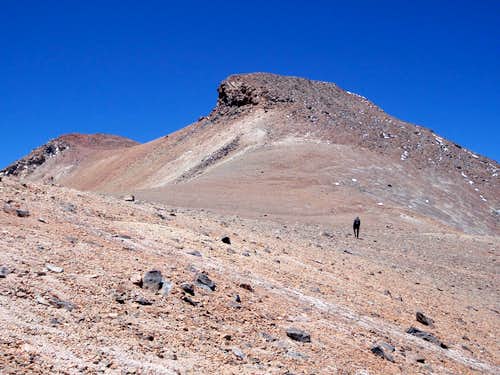