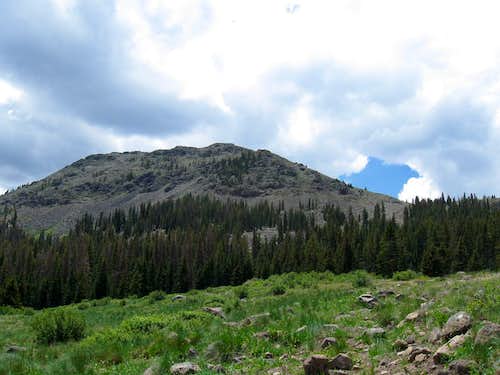 Located in Fishlake National Forest and located relatively close to I-70,
this wedge shaped mountain is a well known landmark in this part of Utah.
Interest in this mountain has grown as the field of prominence preaks has
increased. Ranking fairly low on the list at #75, Hilgard Mtn. has the required 2000 feet (2093')of prominence necessary.
More on prominence is discussed HERE.

Hilgard Mountain is also called Mount Hilgard by some and Hilgard Peak by others. No matter, it is comfortable with any of the names thrown at it.
It was named after J.E. Hilgard, a prominent official of the United States Coast and Geodetic Survey organization. 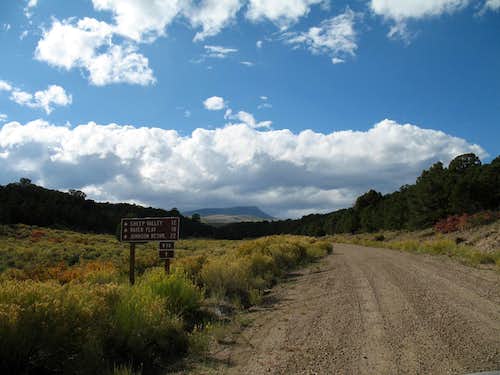 Access is best from I-70 via highway 72 as it heads south towards the small communities of Fremont and Loa. After leaving I-70, it is about 11 miles to a turnoff with FS 015, which takes off on the right (west) side of the road.
The first 8 miles is 2WD friendly and doesn't require high clearance (at this time) but the last 1.8 miles to the northern trailhead (not marked) is rough and 4WD with high clearance is needed. Cattle often graze the local hills and so you need to watch out for them as they are often next to the road you go in on.

I-70 is the key highway as it provides high speed travel from Colorado,
Salt Lake City (take highway 50 from Scipio to Salina) and Las Vegas via
I-15. I have attached a couple maps to show the local area and roads as well as the route from where I parked. 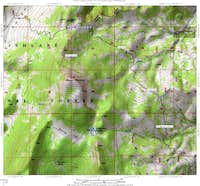 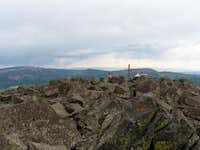 The northern route is relatively easy and straightforward although the trail isn't obvious from the road in. Follow the map and you will hit an old overgrown logging road which will take you most of the way to the shoulder of the mountain. Since you are parking at 10100' and the summit is at 11,533', you have a bit more than 1400' of elevation gain in less than two miles.
Study the attached map for a feel of how to get to the summit. The last bit after you leave the trees has some talus but that isn't really an obstacle.
We were able to hike up and back in less than three hours. One interesting
occurance was the chance meeting of five other hikers who had just come down from the summit and were concerned about the gathering storm clouds that we were heading up into. We didn't start to hear thunder until just after we arrived at the summit so we beat a hasty retreat and got rained on before we made it back to my truck.  Peakbagger has an interesting trip report that is worth reading along with a good GPS track.  See that HERE. 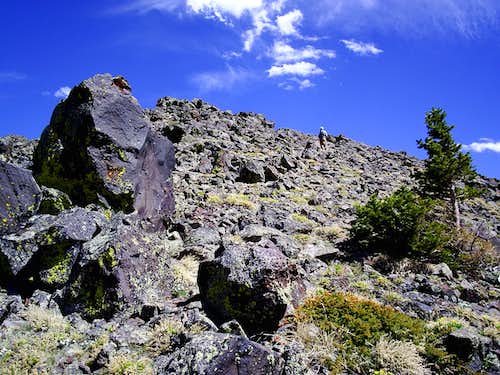 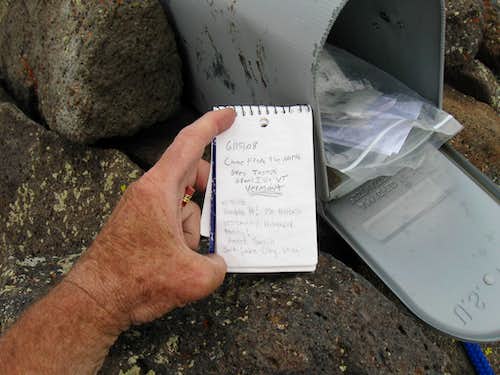 The website Lists of John indicates that over 21 people have claimed an ascent of this one while peakbagger.com shows about 12. Some people have signed both pages but I personally would feel the number is much higher than even the 21 listed on LOJ. Andrew Davis and I met 5 people who were descending from the summit on the day we were there and none of these people are logged into any of the registers. A mailbox on the summit also indicates that this is a popular peak, of interest to many who are not involved in chasing prominence or that kind of stuff.

None that I am aware of. 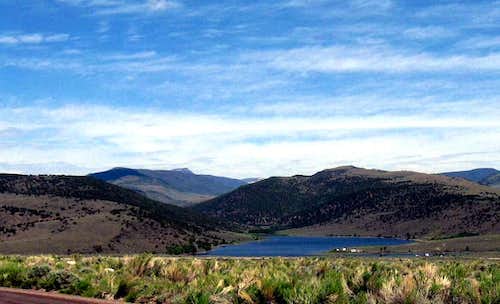 A website for Fishlake National forest can be found HERE

It is possible to camp at the area where people normally park as the location is flat and reasonable for car camping. No developed campground is to be found in the vacinity. 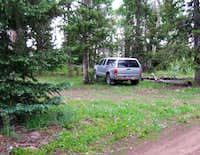 Parking spot and camp spot as well if needed
Here is the Fishlake National Forest page for camping.

Weather for nearby Richfield Utah

Not far from here, I had ancestors who helped to develop the area to the north and in the San Rafael Swell, one of the features, the Molen Reef is named after one of them. I kind of feel a pioneering spirit when I am in this area and I marvel at the hardships those hardy people had to endure in order to settle in this area. 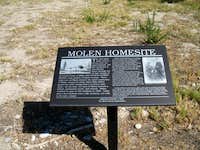 The towns of Richfield and Salina both have stores and accomodations.
Eastward, you have to reach Green River before you find the same.

Fish Lake is one of the premier lakes in Utah