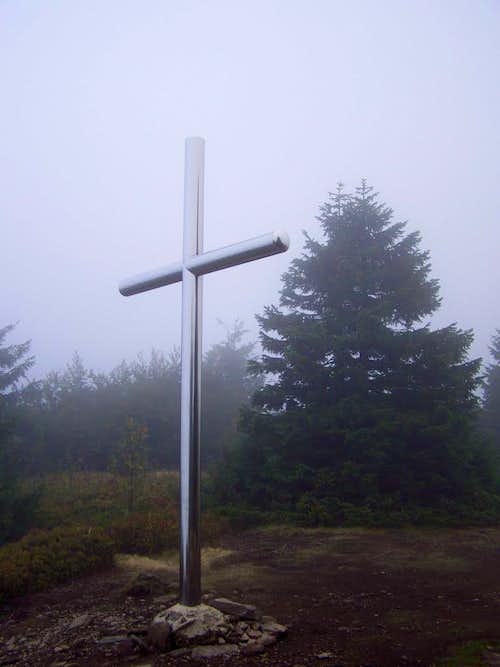 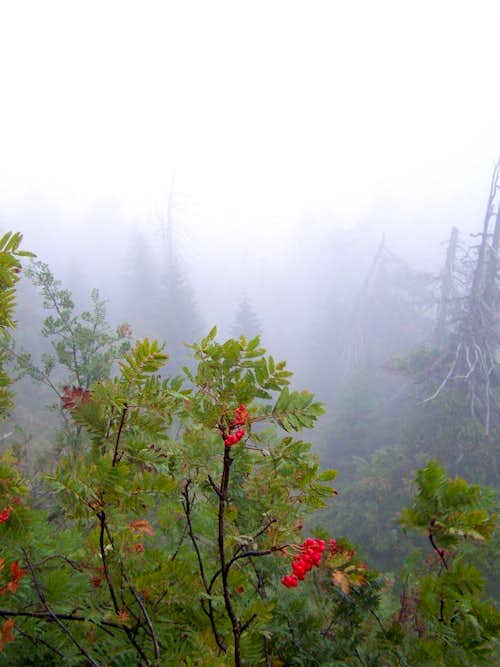 Foggy view with sorb
Hungarian name: Madaras. But before the end of the 19th century it was called Ptácsnik
German name: Vogelgebirge

These are the highest summits of the mountain range:

The lower parts of the mountain is covered with beech forest, while the upper regions are mostly covered by fir forest. The majority of this mountain range is within the boundaries of Ponitrie Protected Landscape Area. This park was created in 1985. The forest is specifically protected as a primeval forest around the peaks Vtáčnik/Madaras, Biely kameň/Fehérkő and Veľká skala.

Another area with extra protection is Ivanov salaš – a remnant of a mountain meadow, covered by groups of junipers.

The mountain is not covered by forest everywhere: there are many spectacular volcanic rock outcrops for example at:

The highest summit of Vtáčnik/Madaras forms a small plateau. The cold and windy conditions on this plateau made this summit different from the neighboring hills: it is covered with blueberry bush, and only a few lonely spruce and sorbs are surround them.

The dense forest gives home for many kinds of animals, including wolves, bears and lynx. 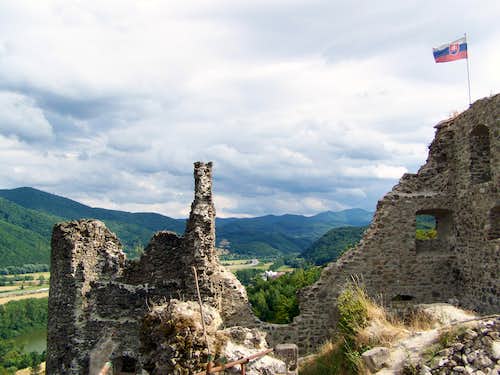 Castle Reviste
The area of the mountain became part of Hungary at the end of the 9th century, and it was part of Hungary until 1920 when it became part of the new Czechoslovakian state. And since 1992 it belongs to Slovakia. During the 1000 years of history while it belonged to Hungary, the main ridge of the mountain range formed the border between the neighboring counties of Nyitra and Bars.

Castle Revište/Revistye
This castle is only a ruin now, on a 305 meter high hill. The castle was built in the 2nd half of the 13th century by the Miskolc clan. The castle was not modernized in the later centuries, so a Turkish troop easily conquered it in 1647. It was only a raid and soon the Turks withdrew their forces. The castle was not maintained, and it was abandoned in 1792. The ruin can be visited but no marked route leads up to the hill.

Castle Žarnovica/Zsarnóca
The Dóczy family built a castle in this small city in the 15th century. This castle was maintained in the later centuries and now it looks like a palace rather than a castle. The city is famous about the battle between the Turkish and Habsburg army. Both sides had approximately 11000 soldiers, and both sides lost approximately 1500-1500 people. This battle stopped the Turks to advance further to north in Hungary.

Castle Sivý Kameň/Keselőkő
This castle is only a ruin now, on a 640 meter high hill near the village Podhradie/Keselőkő. The castle was built in the mid of the 14th century and owned by the Majthényi family. Smaller Turkish troops sieged it a few times in the 17th century but they couldn’t conquer it. The castle was not maintained from the beginning of the 18th century and soon it collapsed. The ruin can be visited but no marked route leads up to the hill.

WWII
During WWII there was active partisan activity against the Nazis in the mountain range Vtáčnik/Madaras. Theestimated number of the partisan were 18000 operating in this mountain range, in the towns and villages near the mountains and in the neighboring mountain ranges. The German troops captured and killed many partisans and their local supporters during their counterattack. One sad example was their raid in the village Kľak/Madarasalja on 21 January 1945 when they killed 84 local people – and 38 were kids amongst them!A monument has been erected on the site in 1963 as a memorial. 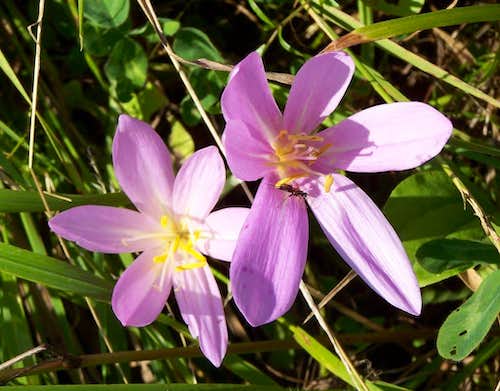 Colchicum autumnale
There are no villages inside the mountain range except for the villages Kľak/Madarasalja, Ostrý Grúň/Élesmart, Hrabičov/Gyertyánfa and Prochot/Kelő. All other villages and smaller towns are at the feet of the mountains.

Now the area is populated by Slovak people. But in its earlier history it has a colorful population: Slovaks, Magyars and Germans. The rural population consisted of Slovaks and Germans. Noble families, people of administration and soldiers were generally Magyars, while most of the miners and many of the craftsmen were Germans. The population was homogenized between 1918 and 1950. 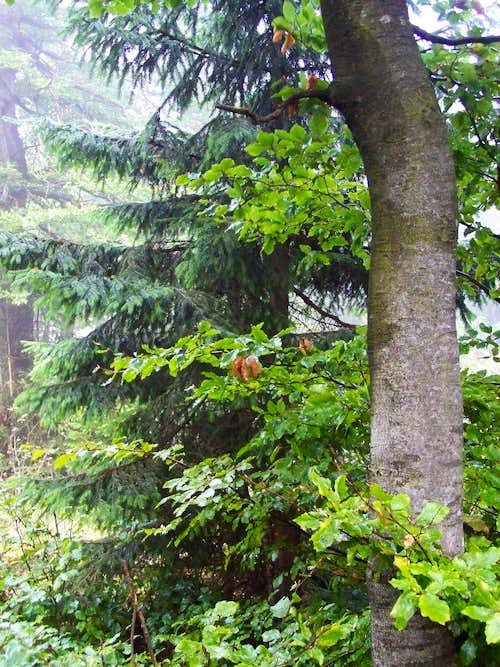 A few words about Bars County
Bars County was founded by the first Hungarian king, Stephen I around 1000 a.d. In 1920 the total area of the county was occupied by Czechoslovakia. The southern part o the county came again under Hungarian control in the period 1938-1945, but the earlier county highpoint – Vtáčnik/Madaras – remained in Slovakia.

A few words about Nyitra County
Nyitra County was founded by Stephen I, around 1000 a.d. In 1920 the total area of the county was occupied by Czechoslovakia. But the county still existed until 1927 within the same borders. Nyitra county was re-created in the period 1939-1945 in the Slovak state, with somewhat modified borders.

As the European transit route E77 goes along the valles southeast to the mountain range, it is recommended to approach the mountain from this direction. Žarnovica/Zsarnóca is a city along route E77 that we can take as a reference point. 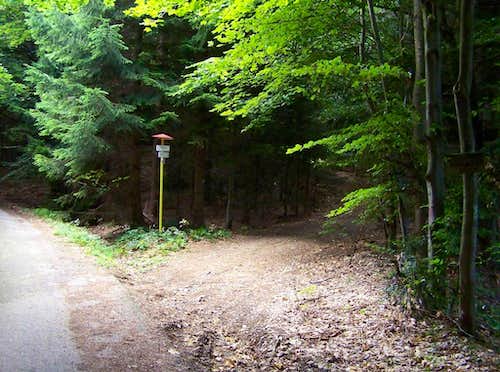 Road junction. Please note the retro style information post from the 70's of the socialist era of Czechoslovakia!
There are many marked and unmarked routes. I don’t intend to describe all of them. Just let me list a few routes leading up to the highest summit:. 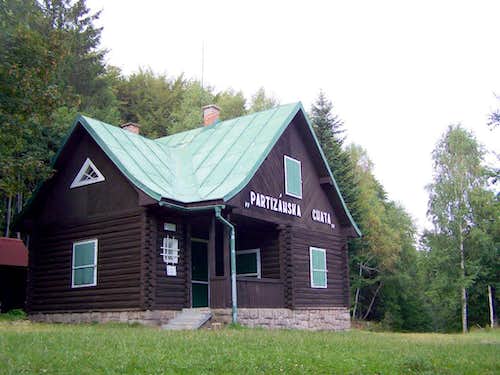 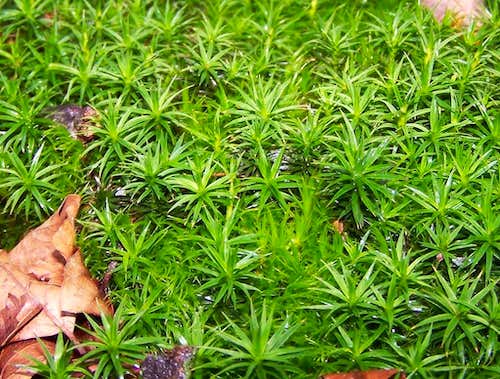