Nelson Peak is the highest mountain in the Northern Oquirrh Mountains and is very prominent when viewed from the Salt Lake Valley. In Utah, it is the 117th most prominent peak with a prominence of 1699 feet. Nelson Peak is rarely climbed because all access from the eastern Salt Lake Valley side is private property. Most assume the entire mountain is off limits but from the county line which runs the top of the Oquirrh Range here, the entire western side is BLM land. Only standing on the very summit are you likely on private land. Although not shown on most topographical maps, Nelson Peak has a nice road to the summit from the east to service the communication tower on the summit. A route from the west will be cross-country and as adventurous as any peak in the western desert.

This is the best public access point I have found: Take Interstate 80 west from Salt Lake City to the Tooele Exit #99. Go south on highway 36 until you reach Tooele. At the first intersection in Tooele with a stoplight (1280 Street), turn left. (There is a Wal-Mart and Carls Jr.) Immediately make another left (Pine Canyon Road) as it heads back north paralleling highway 36. This road soon heads east directly to the Oquirrhs. After a few miles is the small settlement of Pine Canyon (Lincoln). Turn left on Churchwood Drive, follow to the end where there is room for several cars. Between June 1st and October 31st, the gate should be open and you can drive to the base of the mountain. If conditions are good, the gate will remain open until December 5th. 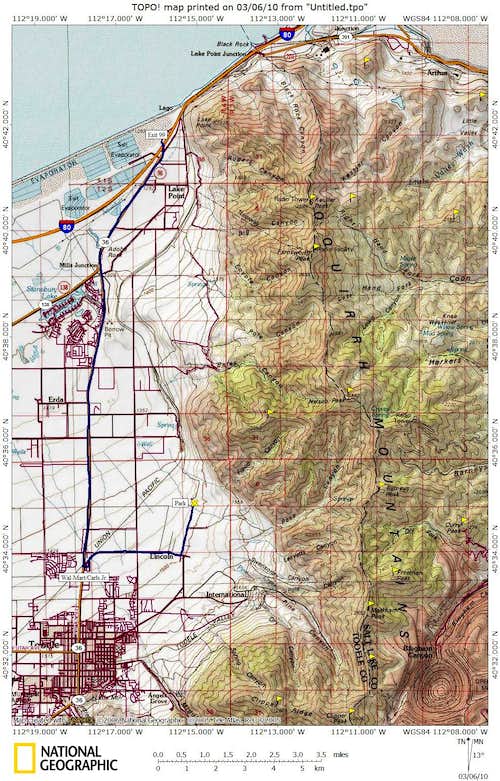 There are no fees to park at the end of Churchwood Drive or on the BLM land behind the gate. A map showing where the property lines would be helpful if coming down off the ridge in a different location. The BLM roads behind the gate are popular with local mountain bikers. Additional information can be found by calling: Bureau of Land Management (BLM) Salt Lake Field Office 2370 South 2300 West Salt Lake City, Utah 84119 (801) 977-4300 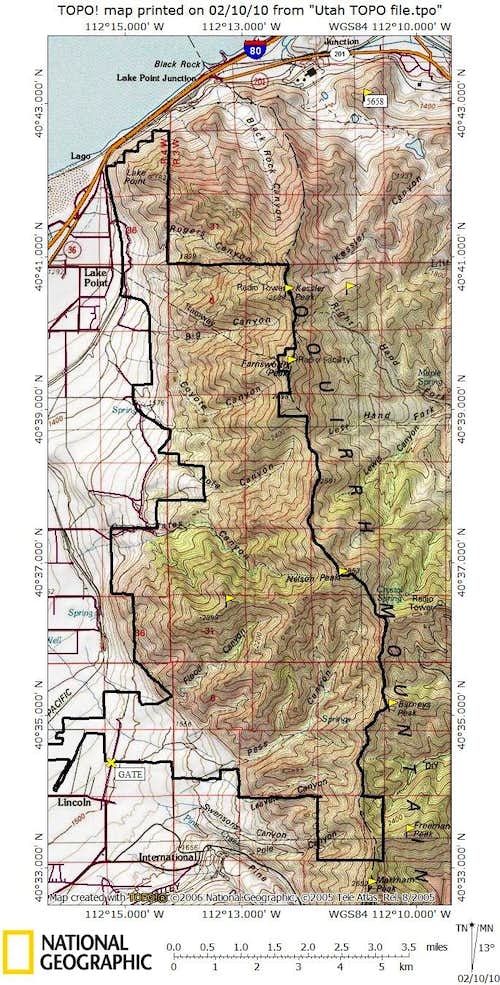 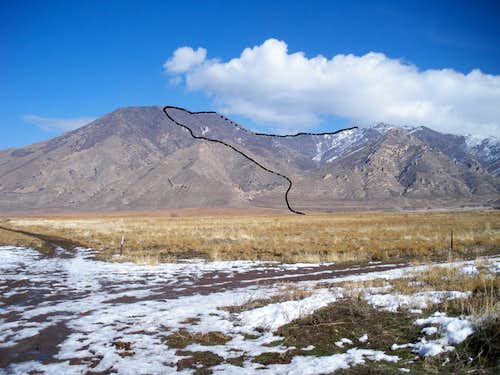 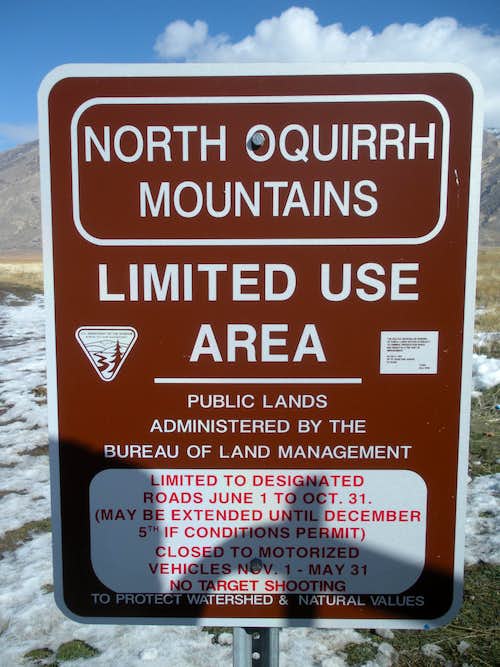 Climbing in winter or spring before the private summit road opens would be my recommendation. Although, the summit area only has one facility that probably gets few visitors and it's a bit off the highest point. A lower ridge far below to the west holds all the TV antennas. The very summit is free from any facilities. Nelson could be climbed year round but brush and heat might make summer climbs rough. Try to pick a nice day in early spring when all the snow is consolidated and covering the brush.

Pick a good weather day, the views are incredible. With few peaks available to climb in this part of the Valley, it's a great new perspective. 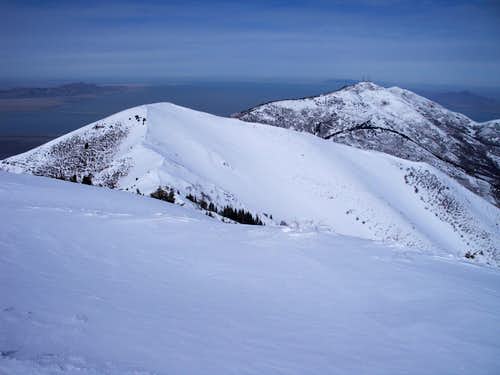 See West Ridge route page for details and pictures of this route.  We experienced much more bushwacking than if we could have stayed on the ridge (although rock outcrops were an issue as well). The fresh snow on the ridge was knee deep with snowshoes forcing us on the south face where it was mostly melted out. 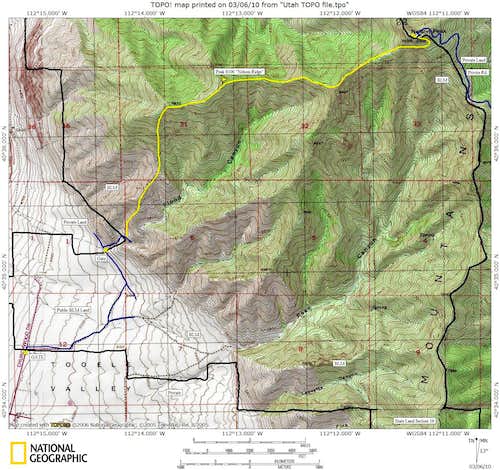