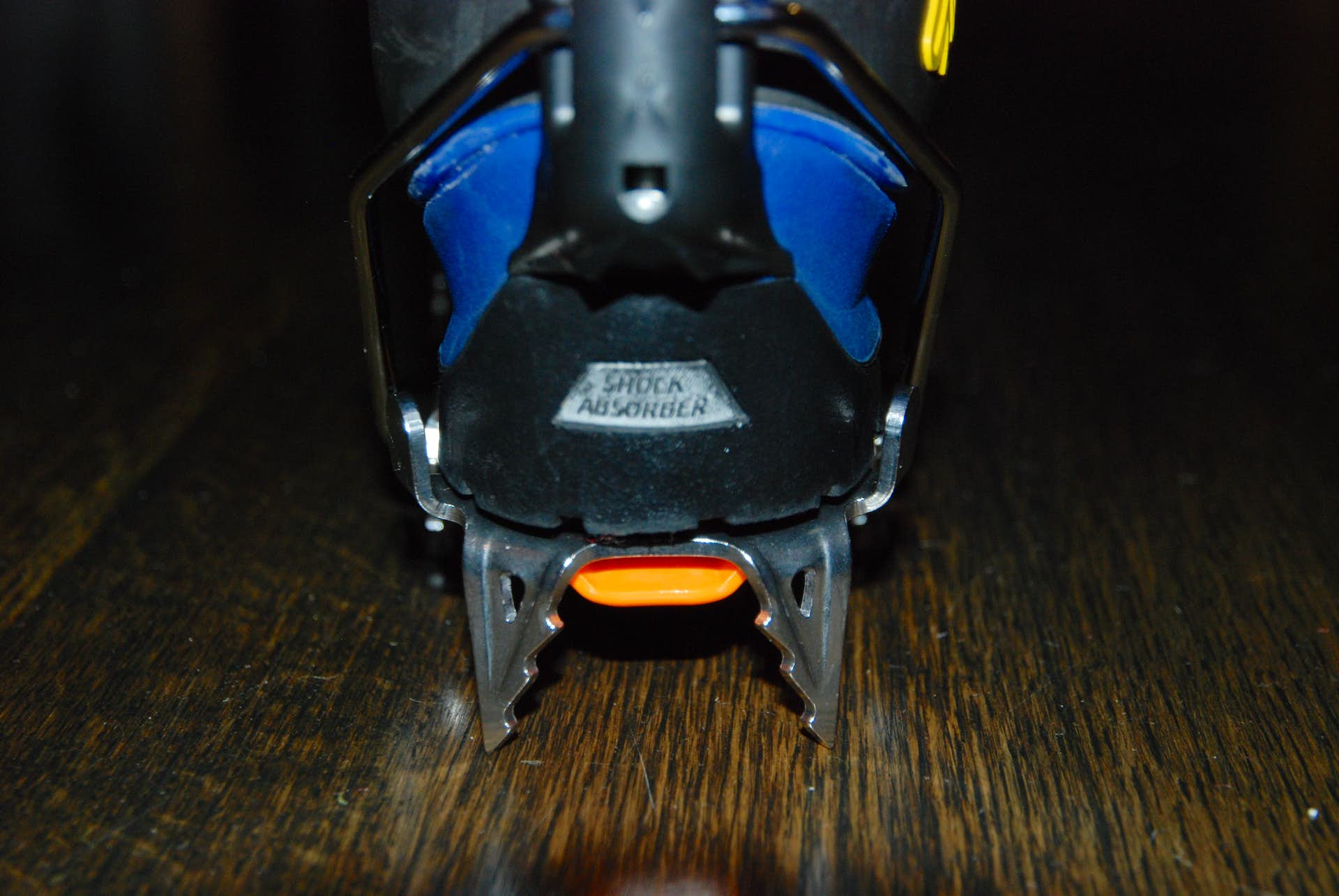 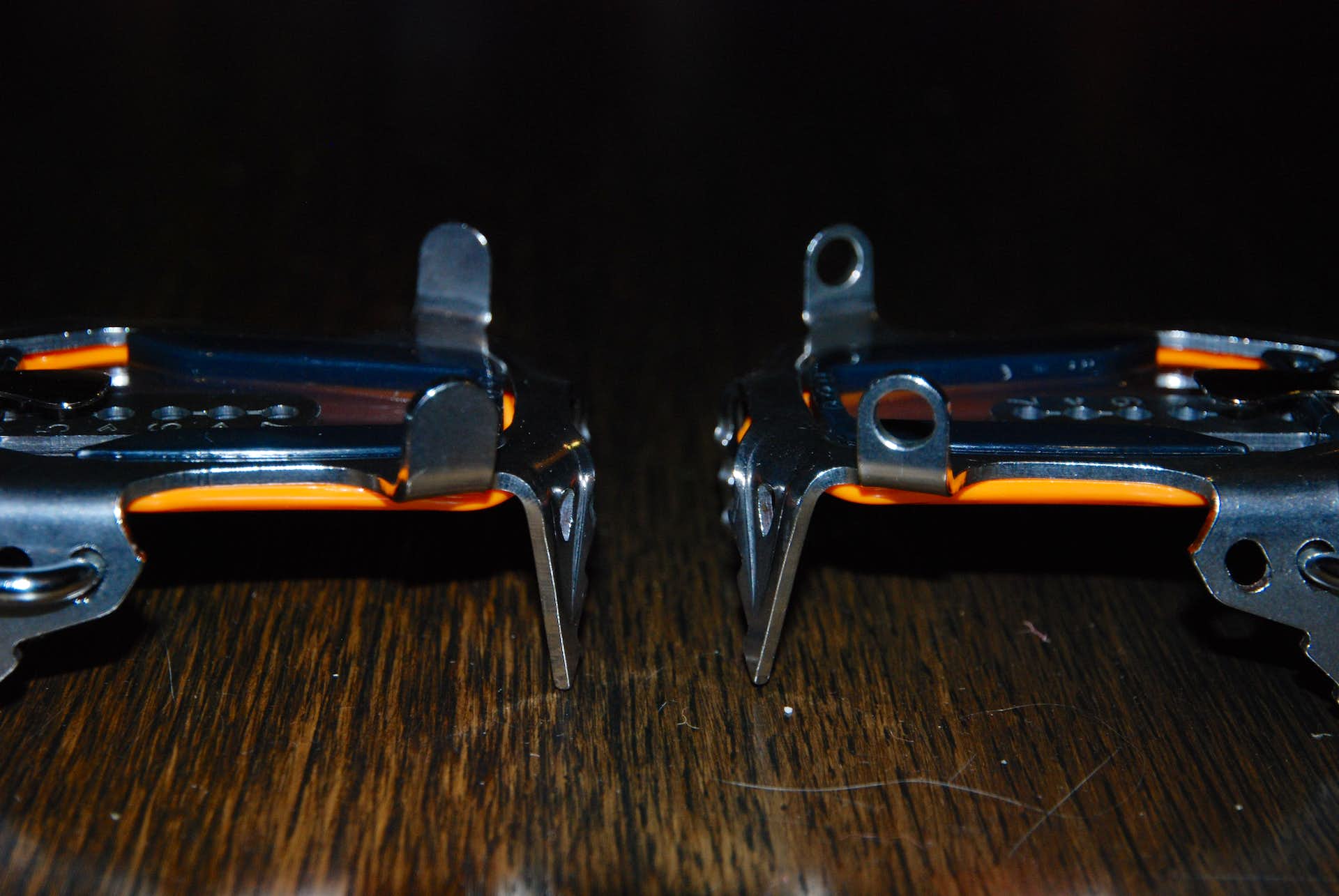 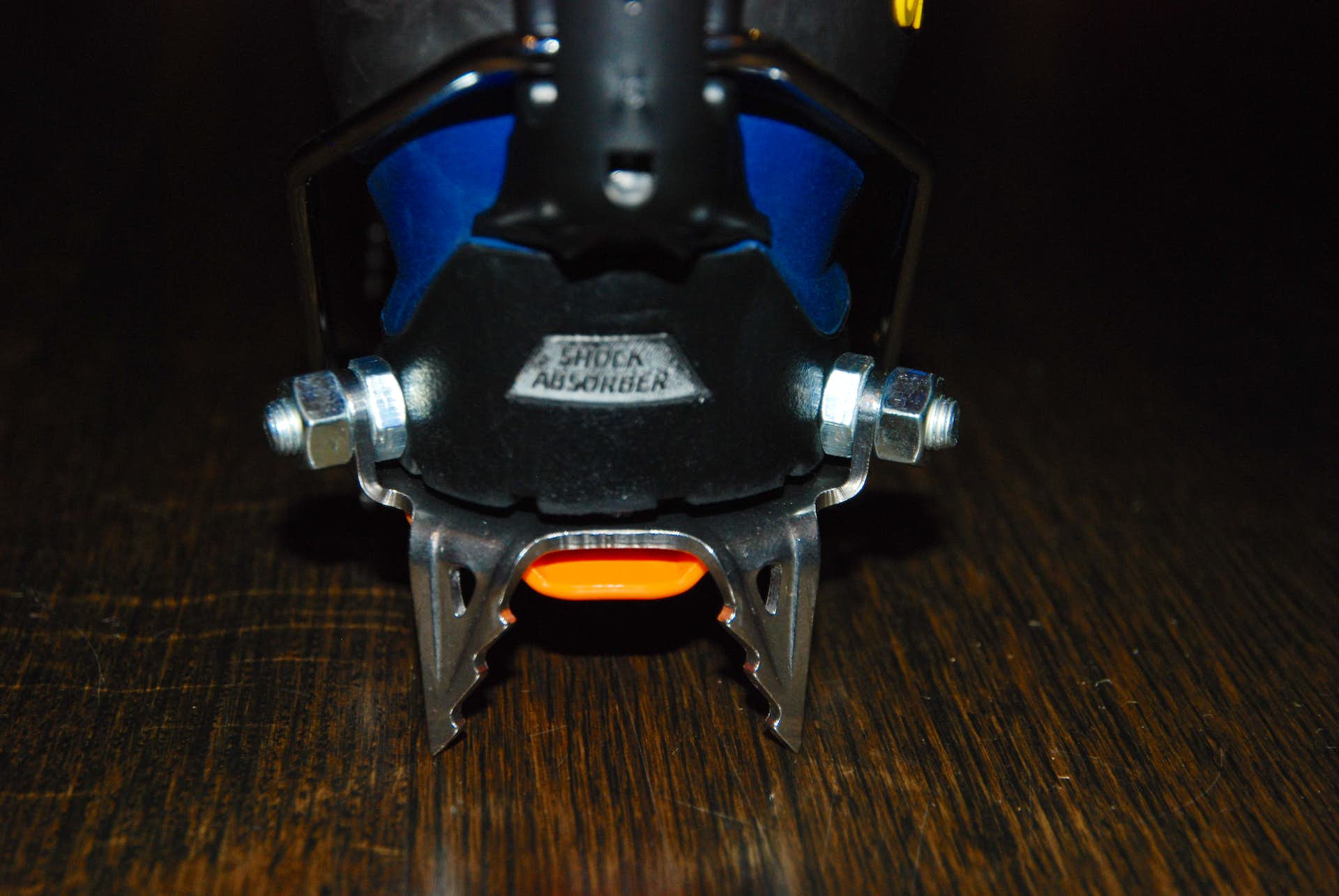 It's not surprising that many crampons are made with adult males in mind. Folks in an older post has discussed which brand might be best for this sort of thing: http://www.summitpost.org/phpBB3/women-s-crampons-t52674.html
Recently I was confronted with the same problem, when a brand new Black Diamond Serac looked to big to fit my girlfriend's size 6 boots. The issue is that the spacing between the heel posts is too wide to grab the heel of the boot, which is too narrow.

I came up with the following solution: drilling a hole in the posts and inserting a bolt and nut to fill the gap. Unless you have your own workshop, you will need to take it to one. The new Black Diamond models are made of hardened stainless steel alloys, and you have zero chances of drilling a hole through that yourself. I gave it to a friend who owns his own metal shop, and he said that instead of starting a dent, his center punch just blunted away, and he continued to smoke 2 drill bits before opening the holes. Still, it can be done.

When you have the holes, all you need to do is insert the bolt head on the inside, tighten the nut on the other side, and cut or file down excess metal on the outside (nut and bolt end) to reduce the chances of snagging (the photos show the bolt before doing this). A good tightening followed by some superglue will ensure that the bolt doesn't come off on a trip (although if there is a chance that someone else with a larger foot will be wearing your crampons, then this blows that possibility - as does cutting the link bars). You can also file the bolt head so that it matches the angle of the heel of the boot better.

I used 5/16" x 1/2 bolts, fine thread. You can't go thicker than that on these crampons, as the posts wouldn't have enough metal left around the hole - but you might be able to go smaller if the gap isn't so large as in my case.

The result is a bomber, tight fit and no heel movement!