Puigmal (2,910m), also called Puigmal d'Er, is a mountain in the Pyrenees, on the Spanish-French border, and it's one of the higher mountains in Catalonia and Eastern Pyrenees.

This area is really small, but it's difficult to include in Cerdanya or Canigó because is at south of the main line of the range and for this reason you can find some maps in 1:25.000 about the area.

Vall de Núria is a ski resort located in the Núria valley, in Catalonia (Spain). The ski area extends from 1,964 to 2,252 meters. The resort has a total of ten alpine ski trails (three green, three blue, two red and two black) and a special track for sleds. In total, seven kilometers of marked trails. 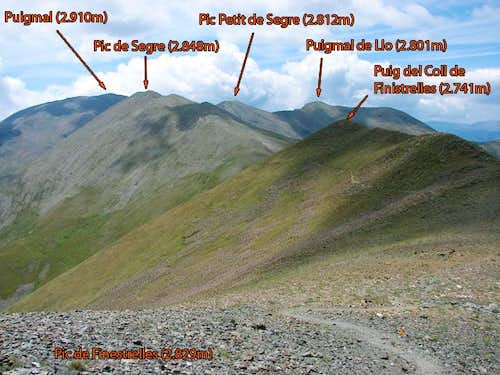 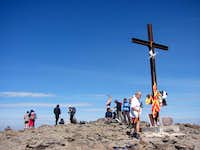 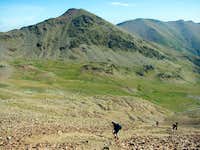 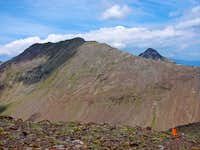 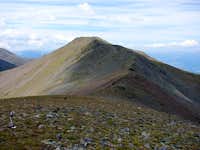 Finestrelles
The massif of Puigmal is frontier with Cerdanya / Cerdagne and it has also routes across the North and West faces. The East part of the massif is in vall de Núria.

Peaks of West side:

Peaks of East side

The trailhead most frequented is the sanctuary of Nuria (1,960m) with access by train from Ribes de Freser or Queralps, but you have routes from Queralbs (1,220m) or Collada de Fontalba (2,074m) if you don't want to pay the train.

The peaks of East side has a very good trailhead in the ski-resort of Vallter 2000 or villages as Tregurà de Dalt.

It's an important but small massif at East of Puigmal near of the ski-resort of Vallter 2000.

Around the village of Olot.

Peaks
At South you have an area of interesting small volcanos in a natural park with the most important summit in Puigsallança (1,026m).

Good road and rail (Renfe) communications. Vehicle access to Vall de Núria itself is not permitted; access is by means of the rack railway which takes you into Vall de Núria. For this purpose there are convenient free car parks available at the train stations Ribes Enllaç, Ribes-Vila and Queralbs.