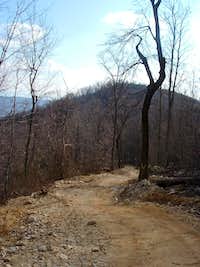 Massanutten Trail: From Front Royal, drive west on I-66 to I-81. Go south on I-81 until reaching Exit 279. After exiting, make a left onto SR 675 and follow it to Edinburg Gap. Turn right and park on the side of the road.

Cross SR 675. The Peters Mill Run ATV Trail will be in front of you. On the left side of the trail, you will see a post with orange blazes on it. Here, the Massanutten Trail turns away from the ATV trail to the left. Follow the orange-blazed Massanutten Trail for about 1.7 miles to the crest of the western ridge of the Massanutten Mountains. As you get close to the top, limited views of Fort Valley and the eastern ridge of the mountains open up to your right. After reaching the crest of the ridge, follow the trail downhill for about 200 feet and then turn left onto an unblazed side trail.

The side trail briefly descends and then curves back upward towards the summit. The trail is probably not maintained anymore, but it is still relatively easy to follow. Just follow the sawn logs that you see on the ground, and you will reach the benchmark after about 0.1 miles. The benchmark is close to the true summit. 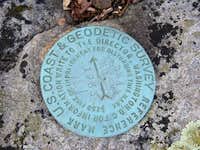 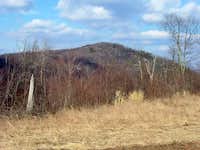 The Green Mountain Trail intersects the Peters Mill Run Trail from the left. About 0.5 miles after the junction, there will be a side trail that leads to a subpeak of Waonaze. From a clearing on this trail, views of Opechee Peak to the north and Kennedy Peak to the southeast are available. After another 0.2 miles, there is a second side trail on the right that leads to excellent views of Fort Valley and the surrounding mountains. To the north and east, the main eastern ridge of the Massanutten Mountains can be seen. To the south, from left to right, the main eastern ridge, Duncan Knob, the main western ridge, and Short Mountain are visible. There is a third side trail after another 0.2 miles. From this point, it is 0.8 miles to the end of the trail at Edinburg Gap.

Round trip: About 8.4 miles. You will need a car shuttle.

Waonaze Peak is on public land in the George Washington National Forest; no permits are necessary for hiking or camping except at Camp Roosevelt.

Camping is permitted in most locations throughout the National Forest. Camp Roosevelt is a large campsite with restrooms, picnic areas, and water faucets on SR 675 a few miles to the east of Edinburg Gap. The fee is $10 per night; contact the Lee Ranger District for further information.

The Little Fort Campground is at the lower end of the Wagon Road Trail. There are also good campsites on the previously mentioned side trail from the Peters Mill Run Trail. However, camping along this trail is only advisable from the fourth Monday of January to the third Tuesday of March.

Massanutten Trail and Waonaze to Woodstock: Waonaze Peak can be climbed nearly all year round. Fall colors are at their peak in mid to late October. Summer is the worst time for mosquitoes, ticks, and other hostile little critters. The heat and humidity are also at their worst in summer. The best time for a summer hike is early in the morning.

Peters Mill Loop: Although hikers are permitted to use the Peters Mill Run and Green Mountain Trails all year round, it is also open to ATV traffic except for a period from the fourth Monday of January to the third Tuesday of March. This route is therefore inadvisable for hikers for most of the year. Even during the closure to ATV traffic, the trail can turn into thick, goopy mud when wet. The window of opportunity is pretty narrow. 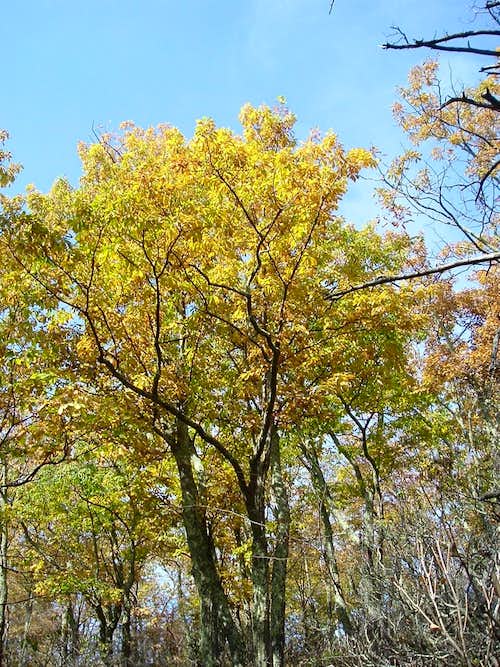 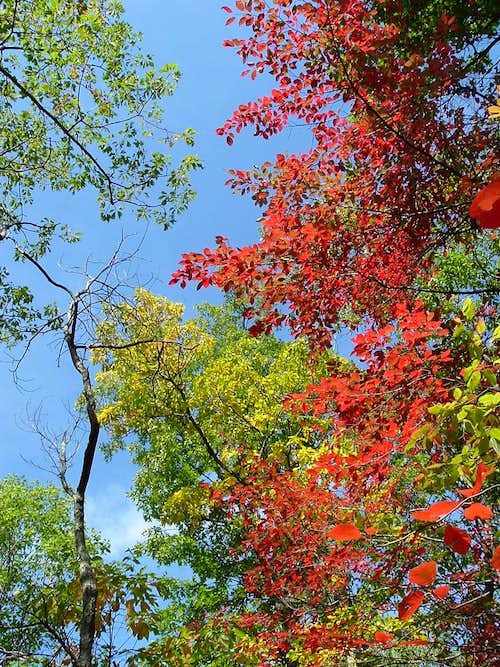