Virginia has no shortage of Short Mountains.  According to Lists of John, there are eight peaks named Short Mountain in the state, including two each in Smyth and Tazewell Counties, and one each in Bath, Frederick, Shenandoah, and Washington Counties.  In Shenandoah County, Short Mountain happens to be the highest summit in the northern part of Massanutten Mountain.  This mountain may have gotten its name from the fact that it is relatively short in length compared to the main western and eastern Massanutten ridges.

Short Mountain in Shenhandoah County is a ridge about seven miles in length; it was once known as Seven Mile Mountain.  It stands to the west of the main western Massanutten ridge.  From an overlook at the northern end, it is possible to get good views of the other peaks in the Massanutten Mountain range.  It is also possible to get more limited views of Great North Mountain to the west.

The orange-blazed Massanutten Trail follows FR 374 for about 0.4 miles before making a right turn up the side of Short Mountain. After another 1.2 miles, reach a side trail near the northern end of Short Mountain that leads to an overlook on the left.  From the overlook, you can see the main western ridge of the Massanutten range and Waonaze Peak to the north.  To the east, you can see the main Eastern ridge of Massanutten Mountain and Kennedy Peak. Beyond Kennedy Peak is Knob Mountain, which is part of the Blue Ridge Mountains in Shenandoah National Park.

At this point, you've gained the ridge of Short Mountain, and the majority of the elevation gain is behind you.  Continue hiking along the ridge; there are occasional views of Kennedy Peak on the left and Great North Mountain on the right. After another 1.3 miles, reach the summit. 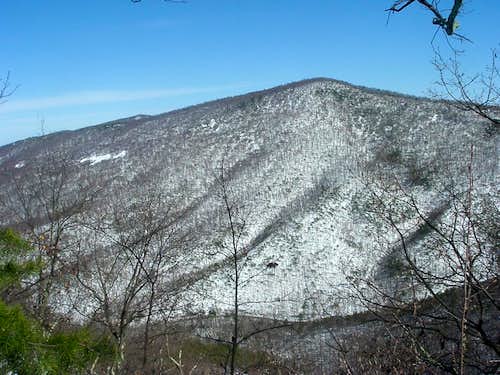 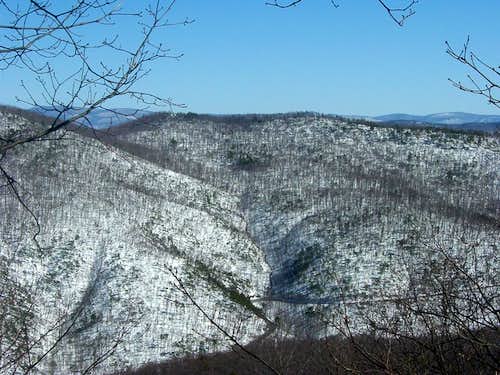 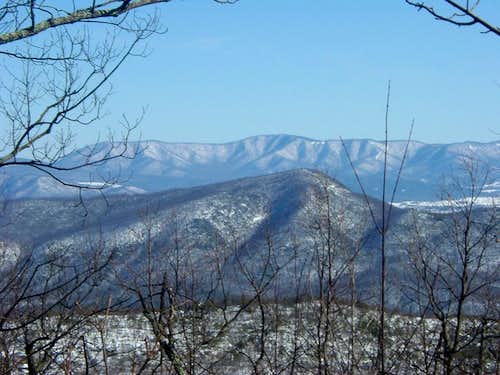 Short Mountain is on public land in the George Washington National Forest; no permits are necessary for hiking or camping except at Camp Roosevelt.

Short Mountain can be climbed nearly all year round. Fall colors are at their peak in mid to late October. Summer is the worst time for mosquitoes, ticks, and other hostile little critters. The heat and humidity are also at their worst in summer. The best time for a summer hike is early in the morning. 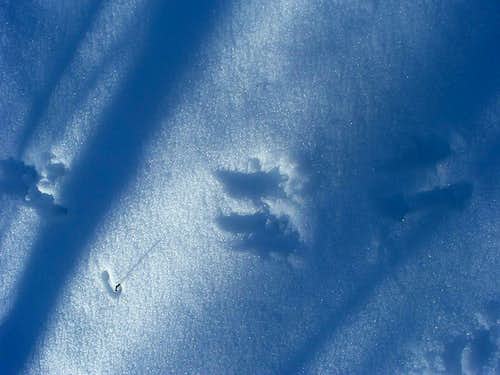 Camping is permitted in most locations throughout the National Forest. Camp Roosevelt is a large campsite with restrooms, picnic areas, and water faucets on SR 675 a few miles to the east of Edinburg Gap. The fee is $10 per night; contact the Lee Ranger District for further information.

There is a side trail about 0.6 miles from the trailhead that leads to two pairs of tentsites.  If you're headed toward the summit, take the trail to the right.

After turning off 675, you can continue driving 0.2 miles to a place where there is room for 2-3 cars on the right side, across from a sign that says, "PREVENTING WILDFIRE IS GOOD BUSINESS!"