Choteau Mountain, one of the largest and most easily recognizable mountains one sees when driving west into the Sawtooth Range (of the Rocky Mountain Front) from Choteau, is a fairly easy peak to climb, but its slightly higher neighbor just to the north, the unnamed Peak 8413, is much more rugged, dramatic, and challenging to climb. Many Montanans refer to the mountain as "Guthrie Peak" in honor of the author A.B. Guthrie, who lived near Choteau.

Guthrie Peak sits at the edge of the High Plains where the Rocky Mountain Front rises with almost no intervening foothills, and views to the east cover the seemingly limitless expanse of the plains. In all other directions, however, the mountain yields views of a sea of peaks, a sea that makes up one of America’s greatest remaining mountain wilderness areas, Bob Marshall Country. Guthrie Peak is not actually within the Bob Marshall Wilderness, but it is just a few air miles away from it, overlooks it, and shares its geological and biological characteristics.

There are three approaches for climbing Guthrie Peak. Each has its own distinct advantages and disadvantages.

I strongly recommend having and using the USGS Cave Mountain quad out here.

From Choteau Mountain: It is possible to traverse between the peaks. The obvious advantage is getting two peaks for one without facing the elevation gain that would occur were you to climb each peak separately. The disadvantages are twofold, and one of them is quite significant. The first is that you will have to lose and then regain several hundred feet of elevation. The second is that the connecting ridge is anything but a smooth stroll; expect Class 4 or 5 conditions, with loose rock, along the ridge itself. More likely than not, you will have to drop off the ridge at some point to seek easier ground, and that will just mean more elevation lost (and a lot of scree).

From Clary Coulee Trail: This offers an easy approach but a potentially difficult, dangerous climb. The trail approaches the east side of the mountain, reaching a saddle between the peak and a promontory marked as Point 7467, after 5 miles and about 2200’ of elevation gain. The summit is only half a mile away and just 1100’ or so above you! However, you’ll be looking at a steep bushwhack just to get to some sheer cliffs. Although I did not use this approach, I have viewed it from elsewhere on the trail and from Choteau Mountain, and I can’t imagine finding anything under than Class 5 getting up that face. It might be possible to head for the saddle between Choteau and Guthrie, but that, if attainable, then brings in the difficulties associated with the first approach.

From Jones Creek Trail: This is the approach I used. This route approaches the mountain from the west. After about 2 miles, the Jones Creek Trail, which gains only about 600’ during those two miles, drops into the wide gravel bars in the valley of Jones Creek. As you hike along, study any of four different ridges and two large scree basins and pick a route. I chose a ridge that reached the creek bed at 5900’ and 2.5 miles from the trailhead, and I chose that one because it was less densely forested than the first two I passed (or so it appeared). The least densely forested ridge was actually the next one, but I just didn’t feel like doing the extra hiking. The tree cover was pretty sparse, anyway. Above timberline this ridge and the two it is between meet below a false summit at the northern end of the mountain’s summit ridge. Bypass this false summit on the right, attain the summit ridge, and hike and scramble south to the true summit. The easiest and safest route is not a direct line across the summit ridge. Above timberline, when you are not hiking up steep scree, expect to encounter at least Class 3 conditions, with some spots that are arguably Class 4, and test holds carefully, as the rock is often very loose up there.

Descending, I chose a more direct line back to the trail by using a large scree basin. It was steep, loose, and hard on the knees and ankles. I do not recommend it for an ascent unless you love steep scree. This route does take you through a fascinating landscape of cliffs and pinnacles, though some of those pinnacles look ready to collapse. 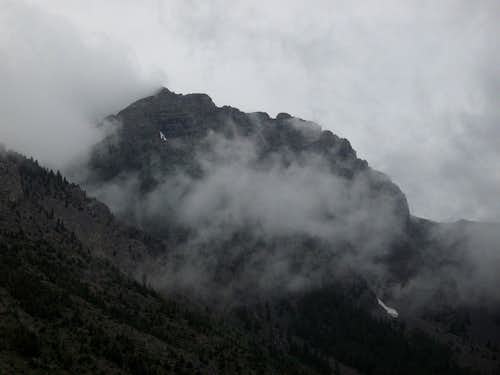 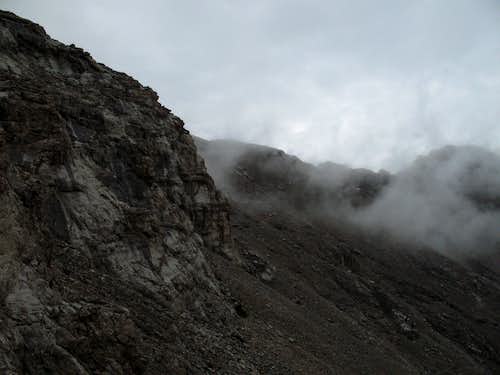 About five miles north of Choteau, look for a road indicating fishing and skiing access (for the Teton Pass Winter Sports Area) and heading west. Take this road. 17 miles along, a road will branch left, cross the river, and become gravel. DO NOT take this road. Instead, stay straight, and the road will soon turn to gravel (well-maintained and probably passable even to a Corvette), enter the mountains, and take you through some gorgeous mountain scenery that almost no one outside Montana knows is there. The Clary Coulee Trail is 4.5 miles from the fork, and the Jones Creek Trail is 8 miles from it. Both trailheads are signed.

There is a campground at Cave Mountain Recreation Area, between the Clary Coulee and Jones Creek trailheads; the fee is $6 per night. There are water pumps there, but I have never stayed there and do not know if they work. You can also backpack in, sleep in your car at the trailhead, or use a dispersed camping site.

From high on the mountain... 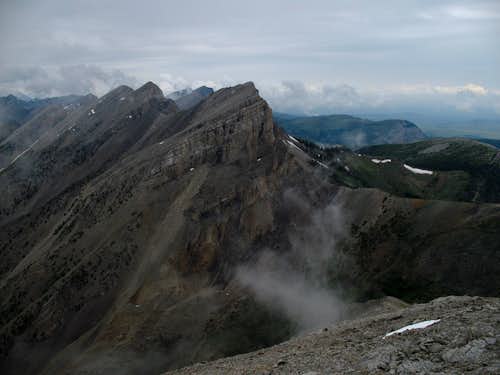 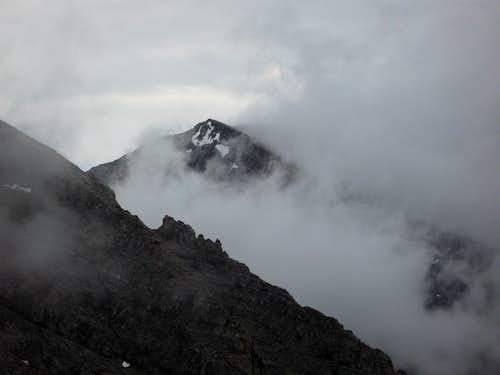 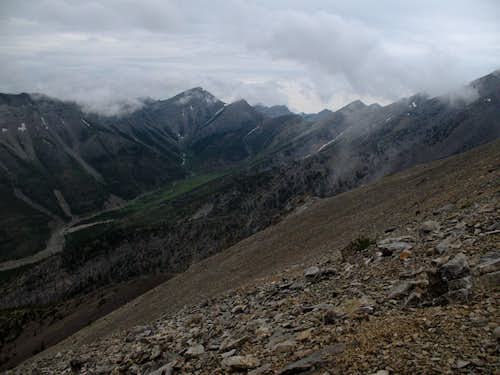 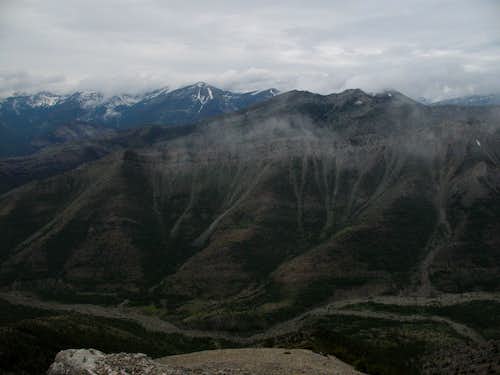 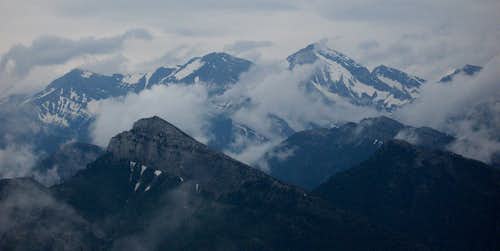