Montenegrin on the top of Lovćen

Lovćen montain range is natural, historical, cultural ans spiritual symbol for all Montenegrins. On Lovćen is placed Mausoleum of the greates son of the nation - Petar Petrovic II Njegoš, a poet, philosopher, prince-bishop and statesman from 19th century, a prominent member of old Montenegrin rulling family Petrović. Njegoš was born in the village of Njeguši below the Lovćen mountain. Today, Njegoš is buried in a sarcophagus in a Mausoleum on the top of Lovćen mountain.

Domestic name of Montenegro country is Crna Gora which means Black Mountain. For Montenegrins the mountains means a strong symbol of honour, dignity and humanity. Because of Njegoš, Lovćen gives them special national identity. 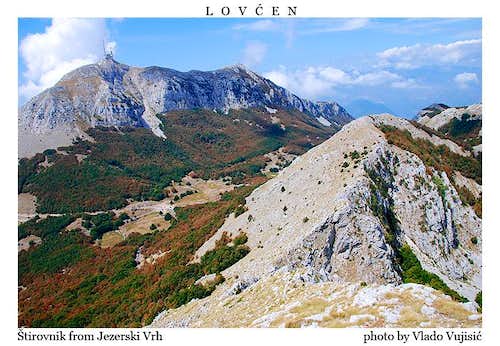 Lovćen is a mountain range in the system of Dinaric Alps, which rises steep from the edge of Adriatic area, above coastal Montenegro. From Lovćen you can enjoy in magnificent view to amazing Boka kotorska bay, one of the most beautiful scenery in whole Montenegro.

To the east and south-east, slopes of Lovćen stretch all the way to carstic field of Cetinje and hills over Rijeka Crnojevića river, a tributary of Scutari (Skadarsko) lake. To the north and NE Lovćen stretch to Montenegrin carst.

From the coast the mountain rises very steep. From the Bay of Kotor especcially, it rises as a huge stony wall. The mountain here falls almost directly into water, specially if you see Lovćen from Kotor or Perast town. From the other, continental side, Lovćen rises more gentle and gradually.

National Park encompasses the central and the highest part of Lovćen mountain massif and covers an area of 62.20 km². It was proclaimed a national park in 1952. Besides Lovćen's natural beauties, national park was established to protect rich historical, cultural and architectural heritage of the area.

Lovćen Mountain National Park has a beautiful setting; from Lovćen, there is beautiful view of the Kotor Bay, the view of the open sea, of the Skadar Lake, and of Cetinje, and even of the distant Prokletije Mountain.

One of the most beautiful parts of the Lovćen Mountain National Park is the resort Ivanova Korita (1261 m), situated on the eastern slope of Jezerski Peak, in a valley covered with forests and meadows. This is a well-known vacation resort for children, which is open even during the winter. Above the resort, there is a ski slope, with the ski lift. Ivanova korita got its name after Ivan Crnojevic (former ruler of Montenegro). 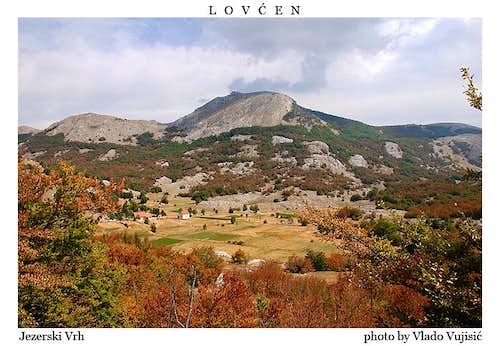 Jezerski Vrh above the Ivanova Korita

Also, if you are visiting Lovćen, you should go to Njegusi (880 m-940 m) pictoresque mountanious village, placed on Cetinje-Kotor road in Njegusko polje, a carstic field (880 m-940 m) surrounded with mountains from all sides, except on western side where Krstac pass is situated (965 m), from where you can enjoy in best view to Boka Kotorska bay.

Jezerski Peak (1.675 m) is the second highest point of the National Park; there is a mausoleum of the famous Montenegrin poet and ruler Petar II Petrovic Njegoš on the mountain top. Its foundations were built into six-meter-deep mountain rock. You can reach the Mausoleum by the road from Cetinje. At the end of the road there is 461 steps leading to the monument. You can approach the Mausoleum by road or by hiking paths.
On 20th kilometer from Cetinje (via Ivanova Korita) you'll reach the parking place. From here a 125 m long tunnel with 461 steps (60 meters up) is digged through the massif of Jezerski vrh to its summit, where you'll see the platform in front of Mausoleum. The Mausoleum is 37 m long, 15,4 m wide and 11 m high. Behind the Mausoleum you can reach a nice plateau which is wonderful viewpoint to Boka Kotorska bay.

Štirovnik (N 42°23'53'', E 18°19'10''). Although Štirovnik is the highest summit of Lovćen range with 1,769 m, it has never gained the glory as Jezerski Vrh had. On the summit of Štirovnik is placed a telecommunication tower and the access to the summit is not allowed. 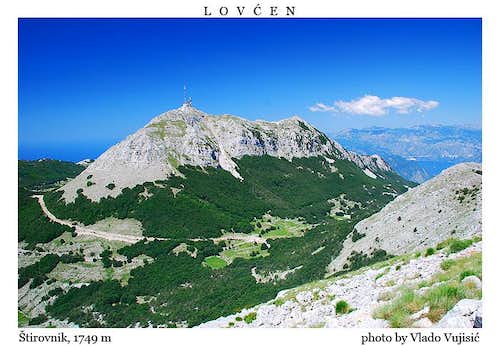 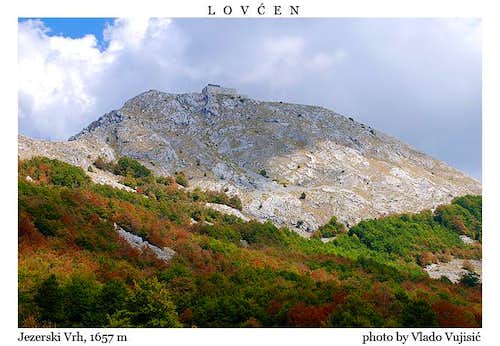 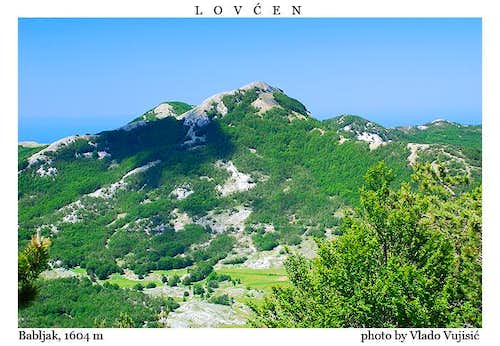 Treštenik (1,489 m) the lowest of summits in central area of Lovćen range, placed on the south of Jezerski vrh and Ivanova Korita vasty plateu.

From Jezerski Vrh you can enjoy in many beautifuly panoramas - to the huge massif of Orjen mountain, part of Boka kotorska bay, Rumija mountain to the south, Prokletije mountain range to the east, and many other mountains of Montenegro as are Vojnik, Njegoš, Komovi, Durmitor, Skadarsko jezero (Scutari lake) and the town of Cetinje. Also, people say that you can see the Italian coast, on the opposite side of the Adriatic, during clear days. 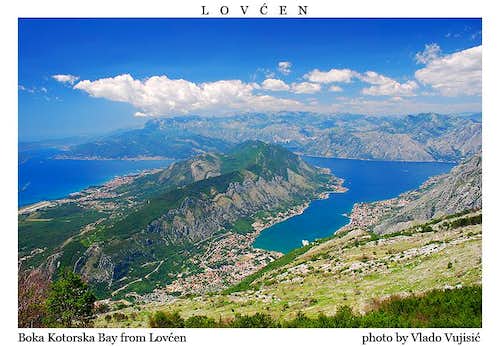 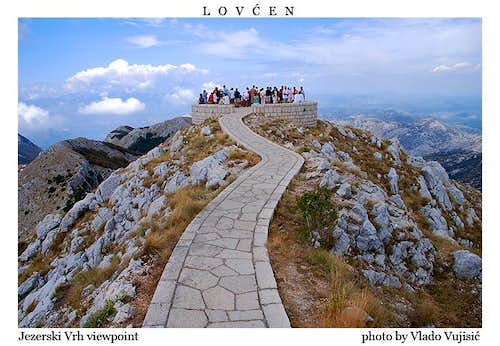 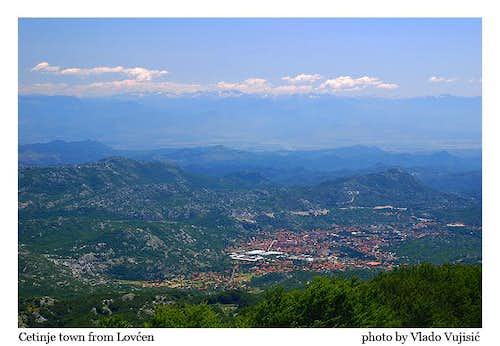 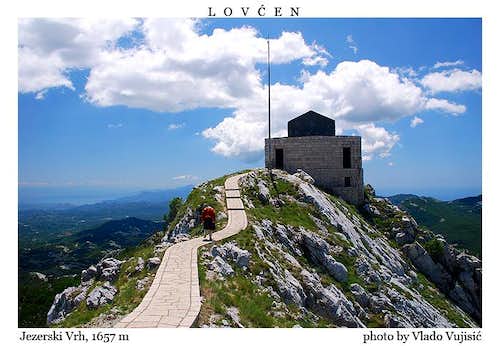 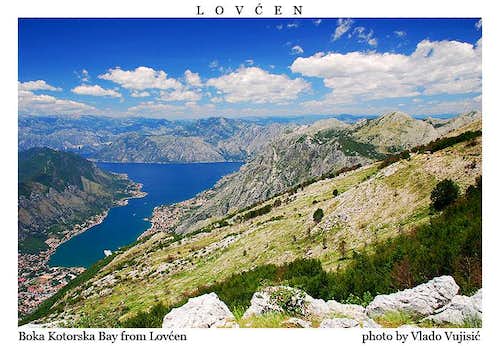 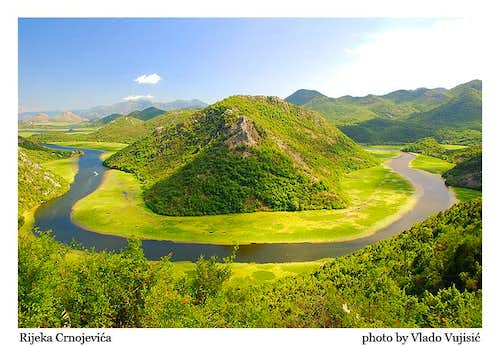 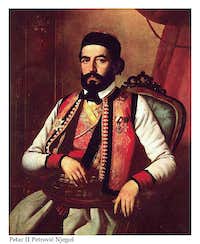 What Shakespeare is to England, Njegoš is to Montenegrin and Serbs: her greatest and most nationally representative poet. Njegoš's finest work, The Mountain Wreath (Gorski Vijenac), has had a success unparalleled by any other product of Serbo-Croatian literature, both at home and abroad. English is the tenth language into which it has been translated, the others being Russian, Bulgarian, Czech, Slovene, Italian, German, Hungarian, Swedish, and French.

The author of The Mountain Wreath was born in 1811 or 1813 in Njegusi in Montenegro. The name he received at baptism was Rade. After the death of his uncle, Petar I, Bishop of Montenegro, who had designated him as his successor, Rade was made monk in 1831, changed his name to Petar, and in 1833 went to Russia to be made bishop. He was the last of a succession of bishops who, since the end of the XVIIth Century, had gradually gathered into their hands the full power of a secular ruler over the Montenegrin clans. He died in 1851 of tuberculosis at the age of only 38. His full name and title was Petar II Petrovic Njegos, Bishop of Montenegro, but he is generally known as Njegos. 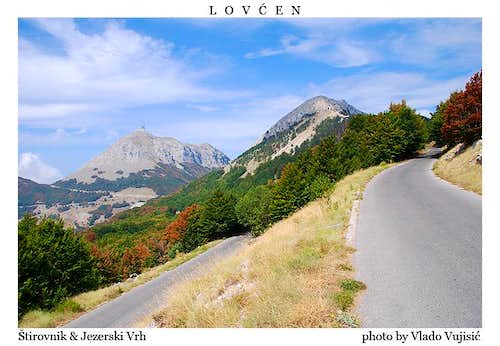 The nearest airports to Cetinje and Lovćen are Podgorica and Tivat airports. To getting there you can use the services of:

Montenegro Airlines
JAT – Yugoslav Airlines
Belgrade Airport - for flights between Podgorica and Belgrade and between Tivat and Belgrade.

The other possibility to arrive by plane is via Dubrovnik Airport (in Croatia).

Around the mountain´s highest and most visited part there are few encircling roads: Cetinje-Njegusi, Cetinje-Ivanova korita-Jezerski vrh (the Tomb), and Ivanova korita-Krstac. You can approach the mountain from all sides from these roads. Villages Njeguši and Ivanova Korita, placed at the foot of the highest peaks of Lovćen range, are very picturesque. 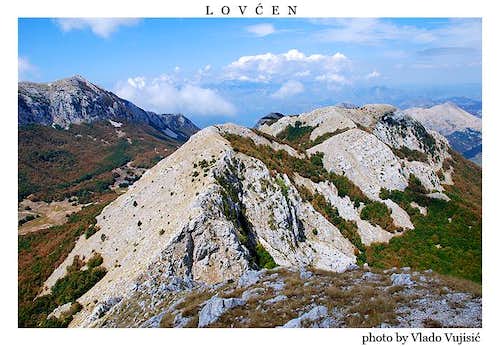 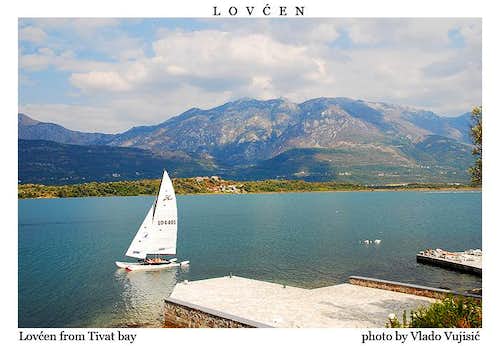 The best period for visiting and climbing the peaks of Lovćen mountain range is Spring, Summer and Autumn.