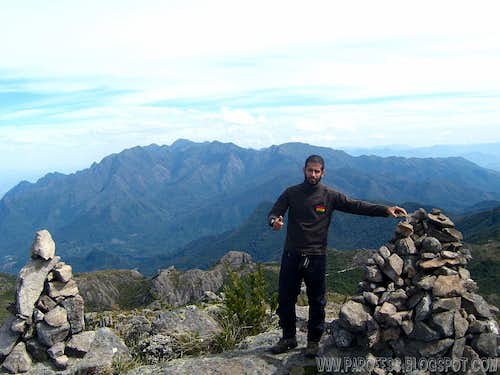 Massena Noroeste Peak is a big rocky mountain beside Alsene Camping site (Currently closed), inside Itatiaia National Park, Brazil. Most of the brazilian mountaineers who use to camp at Alsene sometime at their lives will reach that summit. Easy (about 40 min from the campsite)and with a great view to Agulhas Negras Peak and Massena Peak. 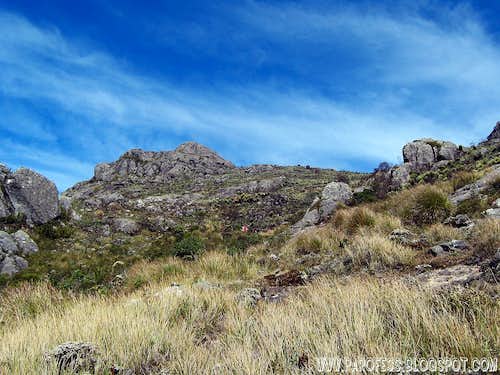 Hiking to the summit, right ahead of me.
By bus

There is the point: Once you get to Itamonte, it is hard to find transport to the park entranace. But there's some taxi drivers that know the park and can take you up to the park, and that's gonna cost you around R$ 100,00 (about US$ 55.00).

Now the better part, since that mountain is inside the limits of the park but its trail is outside, you don't have to register at the military office.

To this mountain, you must follow the road just outside the limits of the camping for about 200m, on the left side of the road there's a small campsite. Enter the camping and look for the trail which will be very easy to find at the left flank of the mountain. Just follow the cairns and the markings all the way to the top. Amazing sunset view from the false summit.

PS: You don't have to camp for this summit, it is easy, fast.