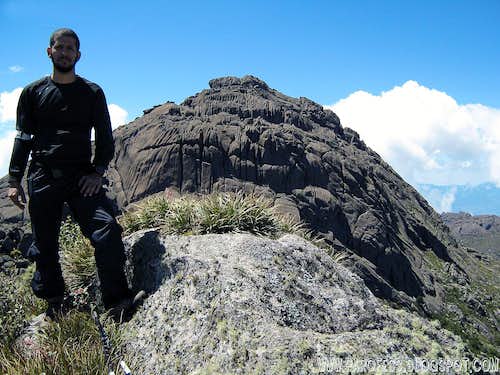 Summit shot.
Unnamed Peak 1 from Itatiaia is a big mountain right beside Agulhas Negras Peak, inside Itatiaia National Park, Brazil. Most of the brazilian mountaineers don't even know this mountain because they're going up Asa de Hermes or Pedra do Sino, or maybe the Agulhas Negras traverse, and just don't try this one so they can save energy. Or they just don't go, simple as that. 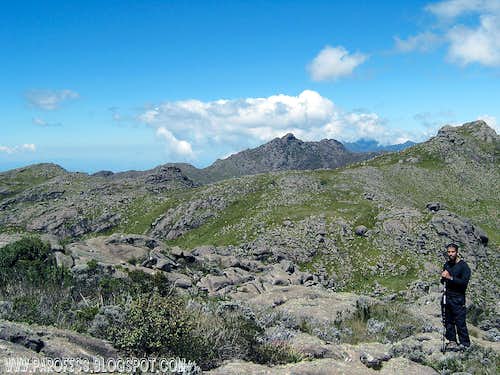 Almost there!
By bus

To this mountain, you must follow the same route to Agulhas Negras Peak, but after the bridge something like 15 min, the trail is gonna split into 3 ways: Left to altar Peak, right to Agulhas Negras Peak and middle to Asa de Hermes rock. You have to take the left pass, towards Altar Peak. From the summit of Altar peak (2.665m) you'll be able to see the peak right ahead of you on the left side of Agulhas Negras Peak. Just pick a straight line and go for it.

Don't expect this to be easy, from the entrance of the park to the summit and come back, it can take up to 11 hours, it's up your shape.


Satelite image of the mountain 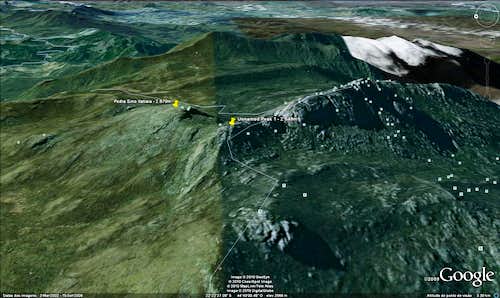 The huge mass of rock at the right side is Agulhas Negras Peak. Bell Rock is at the left side, the mountain in question unnamed peak is marked at the center of the image.

If you go by the high entrance of the park, as soon as you get there register yourself and pay a fee of R$ 12,00 (about USD 7.00) for the entrance.
Parking lot at the entrance;
Well marked trails (just to camp by Marombinha Peak and Maromba summit);

What’s forbidden:
At all costs, don't make fire or Deforest any places. Respect the nature and wildlife please!