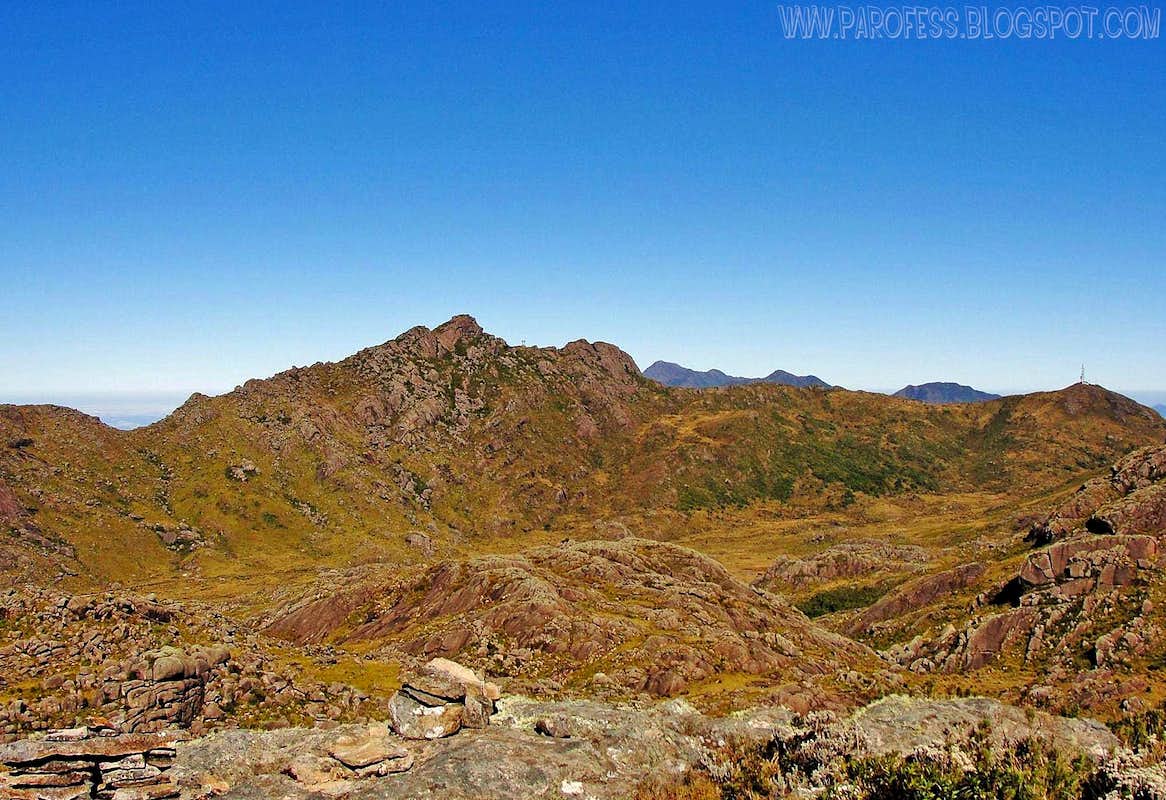 Morro da Antena visible at the far right side of the picture, with an antena at the top. 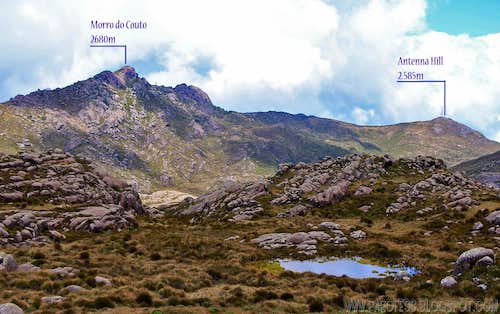 Great mountains of my country. Both in Itatiaia NP. Nov 2013
Morro da Antena, or Antena Hill, is a big rocky mountain just behind the Entrance of the Itatiaia National Park, Brazil. Most of the brazilian mountaineers don't even go there because there's this huge antena and some facility at the top so they fell like they're not doing mountaineering, just following some road uip some place. So they just don't go, simple as that.

As almost nobody goes there, there's no trail, only one road. 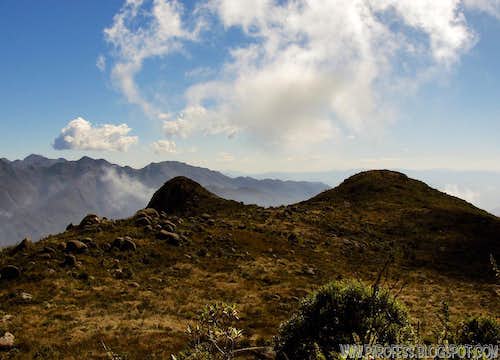 From the main entrance, you have to register at the military office, than you're free to get into the park from 8am to 5pm. It is important to get out at the right time to avoid problems. Once inside the park, just pick the mountains to climb/ hike.

To this mountain, you must follow the only road, but after the chains, at your right side, you'll see the mountain, you can't miss it. There is no trail up that mountain, just a sandy road which btw it takes to the summit. But i didn't used it at the last time i went there. Just pick your own route. Low grass and some wet places are expected but no big deal at all, from the road to the top it is around one hour.

Great view to Morro do Couto just beside, Serra Fina at the far left in front of the Paraiba Valley, soon in the morning and after 4pm there's always a sea of clouds so it is great for some nice pictures.

For that mountain is really not necessary to set up camp. 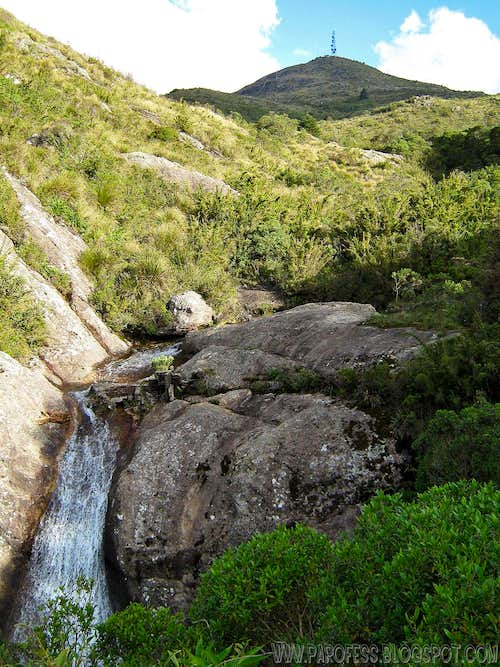 Quite nice view...Itatiaia NP, 2009.
The area of the Itatiaia National Park is divided into two different environments. One is the Atlantic forest with numerous centenarian trees that keep hold of the lower part, and the other which characterizes for its mountainous topography with crags and peaks on its highest part.