Morro do Camelo is an unknown rock formation in front of the Itatiaia National Park camping. The base of Camelo is on 2310m and to climb this formation , the elevation gain is just 80m. There are 2 peaks on Camelo massif – North ( 2392m ) and South Camelo ( 2390m ). This mountain is the preference place to the climbers to see the stunning sunset of Itatiaia. There are some good climbing routes in the East Wall, being a good place to practice before the challenges on the Itatiaia Plateau. 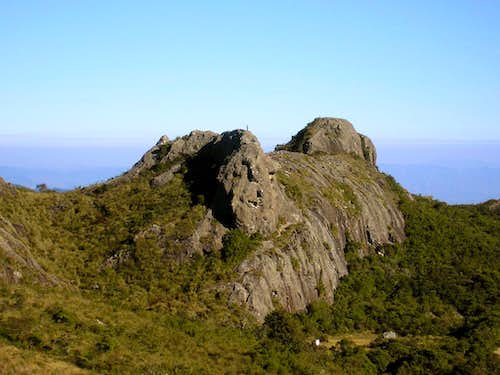 From Rio de Janeiro: Drive by BR-116 ( Via Dutra Highway ) to South ( São Paulo ) and turn to the right in the exit 330 ( Estâncias Hidrominerais exit ). From São Paulo, drive by the same road ( BR-116 ) to the North ( Rio de Janeiro ) - the same exit ( 330 ). After this exit, go up to the mountains till the boundary of Rio and Minas Gerais States. More 14km to the base of Camelo. This peak is inside Itatiaia National Park Perimeter, and to get the trailhead, the way is the same to go to Agulhas Negras and Itatiaia National Park. Agulhas Negras Itatiaia National Park is in the middle of the two most important Brazilian cities: Rio de Janeiro and São Paulo. From Rio, are 250 km of distance and you'll take car (4X4) or regular buses to Itatiaia, Cruzeiro, São Lourenço, Itamonte or Caxambu( all towns around the Park ) and drive to the Garganta do Registro ( the upper point on the asphalt road) and turns (at Garganta) to Agulhas Negras ( more 17 km ). If you'll go there by bus, you'll start to walk from Garganta ( 4-5 hours to the camping in the base of Camelo ) Localization

No fees or taxes. Free access and, there are a good parking place in Alsene Hotel, in front of Camelo.

The camping is just 50m from the Camelo’s base. Alsene Hotel and camping area is the best place to stay there. US$ 7 per night ( including Hot shower, camping and parking car ). 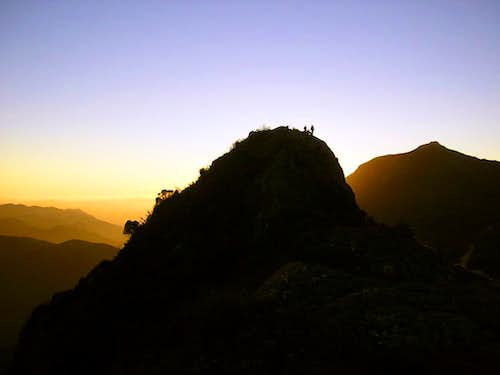 I just stumbled onto a strange glitch which corrupted the location of numerous pages and listed them all at the same point in southern AZ, USA. Please fix the lat/lon coordinates of this page and I'll be happy to remove my "needs updates" vote. Thanks!

For 2 1/2 years no update to coordinates. Still puts the mountain in Arizona.