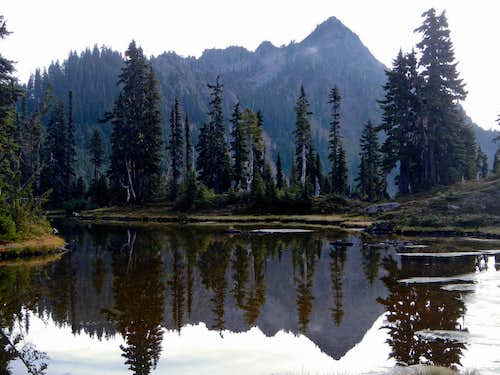 Mount Lena East Peak, sometimes referred to as East Lena, is a distinctly separate mountain, one mile east of Mount Lena. Though Mount Lena rises to a higher elevation, the character of its counterpart to the east is more rugged and rocky. The summit is the highest point of the rocky ridge which extends to the northeast for about a half mile. Mount Lena East Peak is not officially named and subsequently not mentioned in the Olympic Mountain Climbers Guide, even though the mountain has 680 feet of prominence. The two Lena's share a common ridge just north of Upper Lena Lake. 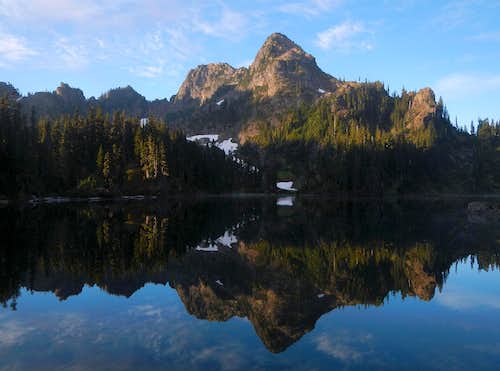 The east peak is rarely climbed and on average sees only one ascent every other year. In 2012, the climbers log showed 4 ascents since 2006. The other peaks around Upper Lena Lake, Mount Bretherton and Mount Lena may see more ascents, but none of these peaks are climbed often. One reason for the lack of interest is that people in the area would rather climb The Brothers. 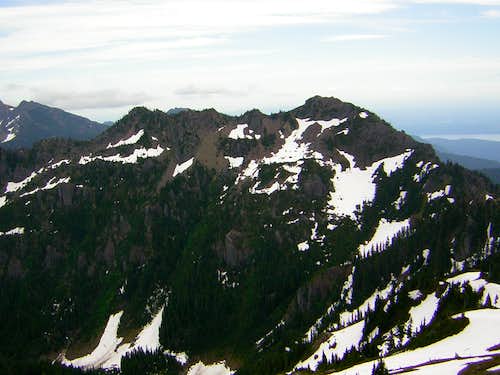 For ambitious peakbaggers, Upper Lena Lake is a productive area to spend the weekend. It's easy to combine East Lena with Mount Lena and/or Mount Bretherton. To climb the east peak alone requires 5000 feet of gain, but climbing all three is roughly 8000 feet of gain and 20 miles . 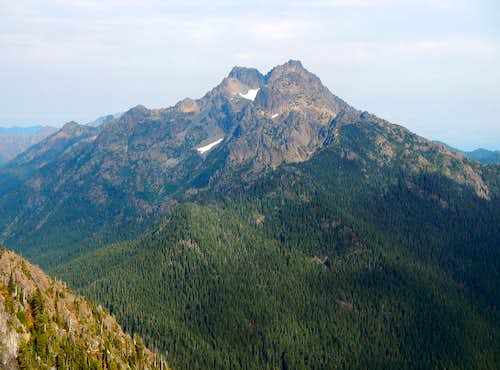 The Brothers Seen From The summit

From the summit gander down to Upper Lena Lake and over to Milk Lake, nestled under the bulk of Mount Bretherton. Gaze toward the ridges of Mount Lena and Mount Stone beyond and have a long look at The Brothers. The east peak not only provides a tremendous view of much of the Olympic interior, but above all provides a supreme vantage of The Brothers on the eastern fringe of the Olympic Range, showcasing the distinctive double-summit peak in splendid isolation, with the channels of Puget Sound and the Cascade Range as a backdrop. This view of The Brothers is unmatched, its twin summits towering nearly 5000 feet above the valley floor of Lena Creek. 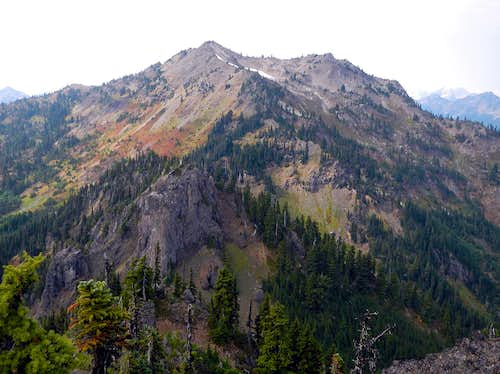 The Main Peak Seen From The East Peak

Begin at 800 feet in Lena Creek campground area. Follow the trail as it gradually rises for 3 miles to the north end of Lena Lake. Watch for a fork on the left. Turn left onto the Upper Lena Lake trail which will be steeper in the beginning than the previous trail. Follow this for 4 miles to Upper Lena Lake where there is good camping, but permits are required. After the trail crosses Lena Creek at 3900 feet, it will gain elevation quickly over rough terrain. 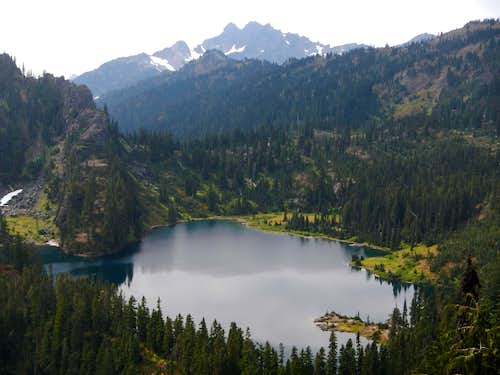 The Lake And Mount Stone Seen From The Southwest Ridge

So you have hiked the 7 miles to Upper Lena Lake and now you want to climb East Lena, but it's not in the climbers guide, so what do you do? The first thing is to backtrack a tenth of a mile from the lake until you are below a steep open slope with trees on the left (west) side. Ascend the steep slope which becomes loose scree near the top. Avoid dead trees on the left and rock walls on the right. The first objective is to reach a low point on top of the West Lena / East Lena ridge.

From the saddle scramble / hike about 150 vertical feet eastward along the ridge crest. If you go too far you will come to the knife-edge on the southwest ridge. It might be possible to climb along the knife-edge for those who want more excitement. It's at least Class 4. But there is an easier and safer way to reach the summit, the north ridge. Around 5380 feet, make a descending traverse on the west face along a ledge system. There are plenty of bushes and small trees to hold onto in the steeper sections. 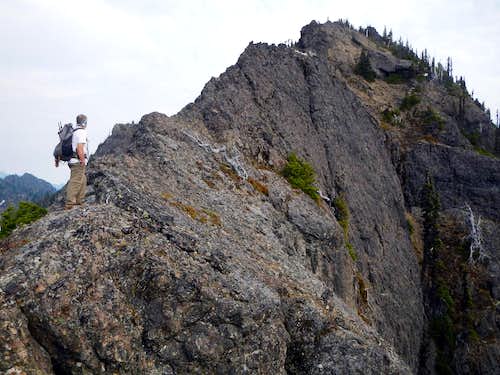 Some maps show the north ridge with several contours very close together. It's likely that this has discouraged several generations of climbers from trying it, but the map is inaccurate. The terrain is not as steep as it is indicated.

From the North:
Make sure the Hood Canal Bridge is open. Take the Edmonds ferry to Kingston. From Kingston follow Highway 104 through Port Gamble for a total of 46 miles until your reach Highway 101. Follow 101 south 37 to Hamma Hamma River Rd. Go west 9.5 miles to the Lena Lake Trailhead at 685 feet. 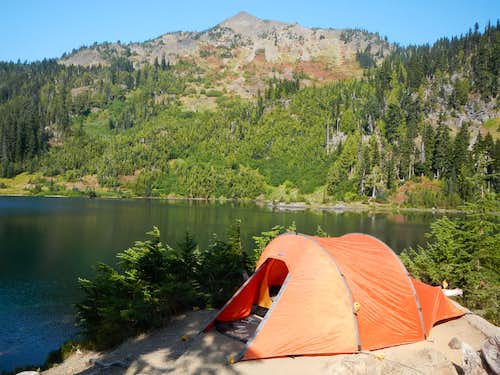 Camp can be made at Lena Lake in the Olympic National Forest without restiction but a permit is required otherwise within Olympic National Park. During the summer months, Upper Lena Lake is a quota area so check for availability beforehand. Permits cost $5, plus $2 per person per night. Obtain permits with the Wilderness Information Center in Port Angeles (360)565-3100 or at the trailhead.

A Northwest Forest Pass is required to park at the Lena Creek trailhead.

Trip Report from our 2012 climb