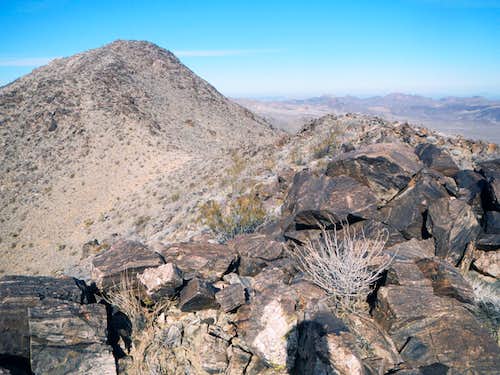 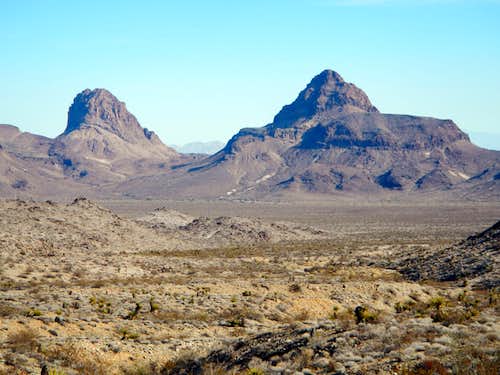 Mopah Point and Umpah Peak
Located in the Mojave Desert, the Turtle Mountains were incorporated into the Turtle Mountains Wilderness in 1994, an area of 177,209 acres. There is a high concentration of desert tortoise in the range, especially the northern segment. It is likely that these mountains were named for this abundance of desert tortoise. At that time, the difference between a turtle and a tortoise was not widely understood. But tortoises are not the only animal present. Bighorn sheep, coyote, jackrabbits, kangaroo rats, quail, roadrunners, golden eagles, falcons, rattlesnakes, and several species of lizards also make their home in the Turtle Mountains. 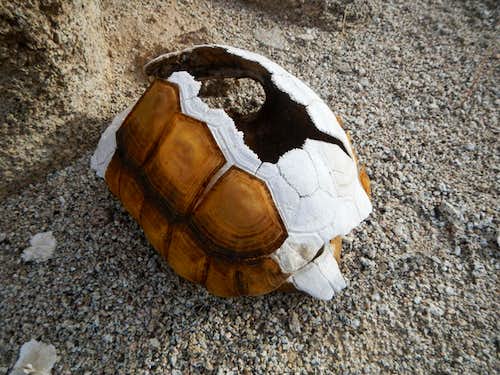 Tortoise Shell
There is no trail to the summit of the Turtle Mountains, however it is a relatively easy class 2 desert hike, compared to the more technical peaks like Umpah and Mopah. Vegetation is somewhat sparse and navigation is not a serious challenge. In fact, the most difficult thing about reaching the high point of the range is likely the drive in, which can be confusing in one spot where it crosses a wash. 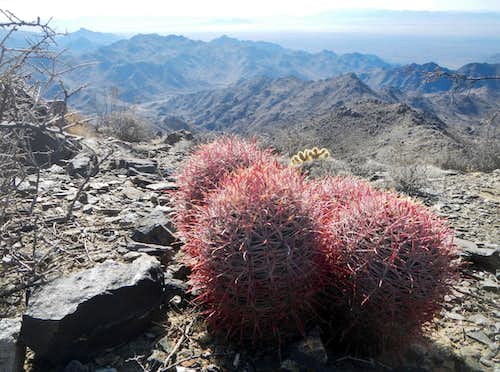 Summit Views
The standard southeast used to be a half day ordeal but the designation of the wilderness has prohibited motorized travel on the final stretch of road and just about doubled the hiking distance. Watch for crescent shaped tortoise burrows in the washes and keep in mind that these animals spend most of their time inactive and typically only range within a single square mile during their lifetime. 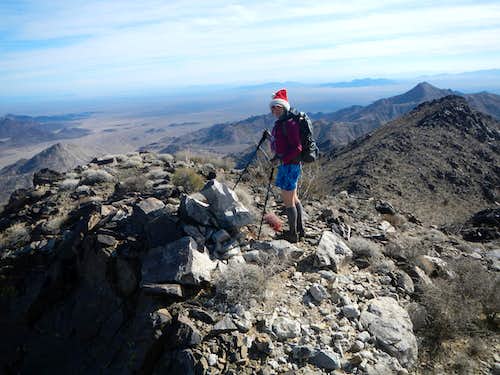 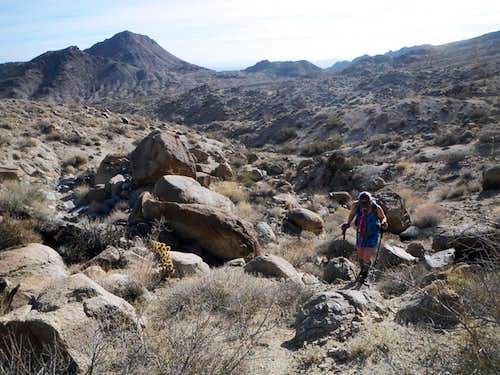 The Pass
From the parking area (34.215516, -114.751387) follow the road northwest for 3 miles to where it ends next to a wash. On the south side of a small rocky hill, enter the wash and continue northwest for another mile until you reach a minor pass between a large hill to the east and the main range to the west. 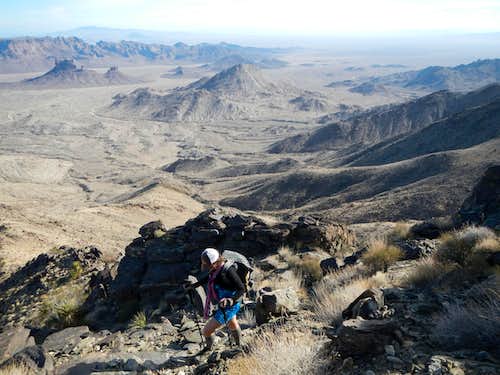 Near The Main Divide
From the pass traverse west by northwest crossing several hidden washes. Choose one of the minor ridges on the east face of the main divide and follow that up to the south ridge crest. These eastern ridges are the steepest part of the route and might contain some loose rock. Follow the main divide north to the summit where a register can be found in a large cairn.

This approach drive is not one of the grip-your-steering-wheel and hope you don't get stuck in the sand types, but it is somewhat confusing even from the start. For that reason it is strongly suggested that you don't attempt it in the dark. Also four wheel drive and high clearance are required. 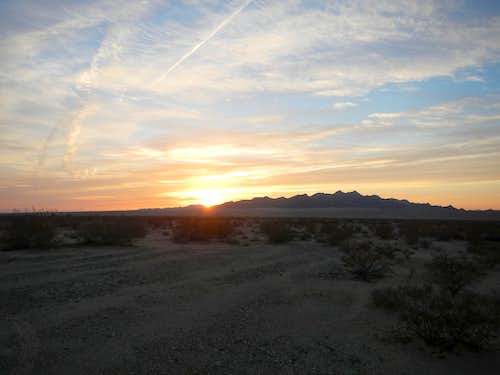 Turtle Mountains At Sunrise
The turnoff for this approach is located on Highway 62, 8 miles southwest of Vidal Junction or 32.7 miles east of the junction with highway 177 (Rice Road). Starting from highway 62, cross the aqueduct and then follow the unsigned Vidal Wash road west. After crossing the aqueduct there are several junctions. Take the one which heads down into a sandy wash and then back up the west side heading away from the aqueduct. 1.9 miles west of the highway turn northwest on the unsigned Horn Spring Road, always following the main road, shortly thereafter crossing a four-way junction. 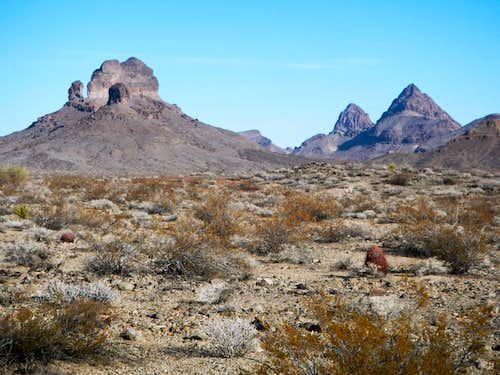 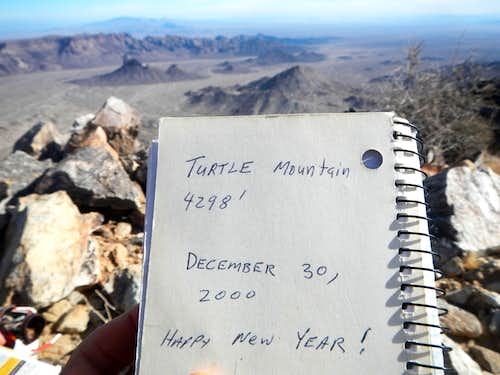 Summit Register
After the wash continue north on the main road for another 2 miles to the obvious parking area at the edge of the wilderness boundary.

Camping is allowed. Always carry lots of water. This peak is only safe to climb during winter. Because of extreme heat, ascents at other times of the year are quite dangerous.