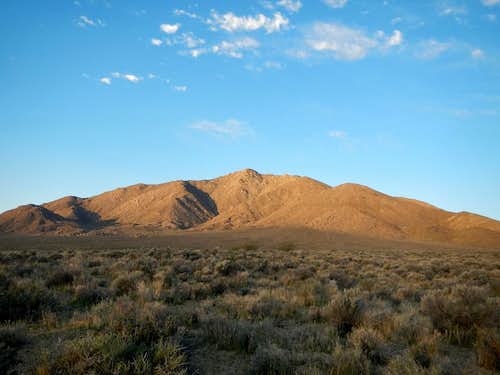 Manly Peak Above Butte Valley
Manly Peak is an extremely isolated 7195 foot high mountain in the southern portion of the Panamint Range, 25 miles southeast of Ballarat ghost town. It rises 6000 feet above Panamint Valley to the west and only 3200 feet above Butte Valley to the east. It is located half inside Death Valley National Park, and half inside the Manly Peak Wilderness area, which encompasses 12,897 acres. The border between the national park and wilderness area traces the summit ridge. 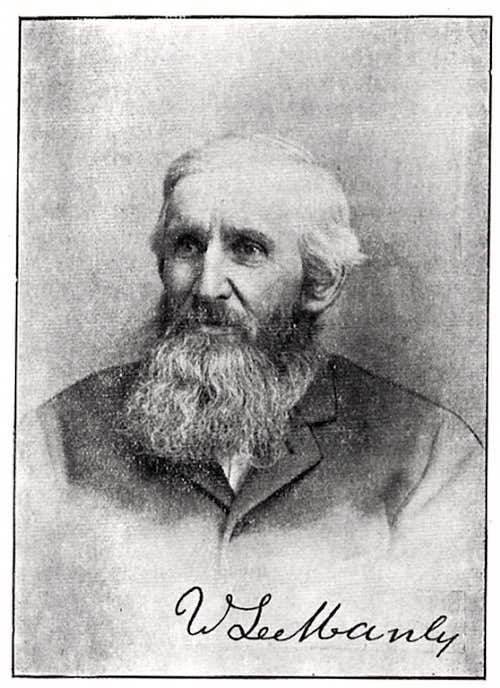 William Lewis Manly
Manly Peak was named for William Lewis Manly who scouted the area in 1849 with John Haney Rogers, while searching for a viable wagon train route out of Death Valley. His explorations along with John likely saved the lives of the Bennett and Arcane families. The two young men crossed hundreds of miles of unknown desert terrain on foot with little supplies. In 1969 the name of the mountain was mentioned in mainstream media when mass murderer Charles Manson was captured hiding out at the nearby Barker Ranch. Most of the ranch burned to ground in 2009. 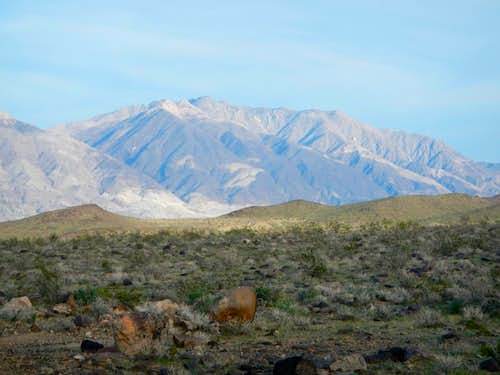 Manly Peak Above Panamint Valley
Manly Peak is not one of the highest peaks in the Panamint Range, however it does carry a number of distinctions which make it attractive to peakbaggers. It’s a California Wilderness Highpoint with over 2000 feet of prominence and is also featured on the Sierra Club Desert Peak Section list. Manly is one of two DPS list peaks which are accessed from Butte Valley. The other is Needle Peak. 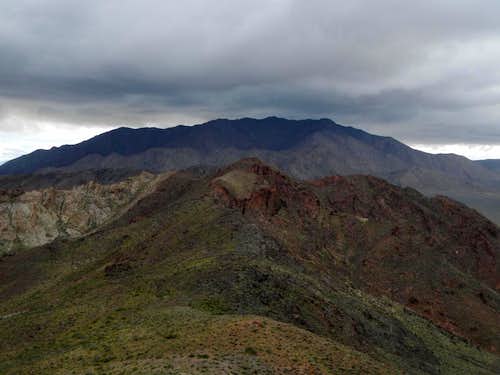 Manly Peak As Seen From Needle Peak
The east side of Manly Peak is largely composed of loose sand interspersed with large granitic boulders. One of the largest boulders sits smack dab on the summit. It’s 30 feet high on the west side and 50 feet and overhanging on the east side. Traditionally this climb has been rated as YDS class 3, however with gradual changes to the rating scale over many decades, it can now be considered at least class 4. Most parties use a rope to protect the climb. 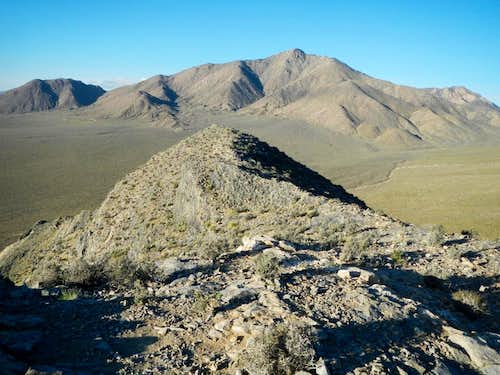 Manly Peak As Seen From Striped Butte
Butte Valley has become the preferred home of a large number of wild burros. The reliable supply of water from the various springs seems to draw them up there. If you camp in the area you will likely hear them braying and if you are lucky you will even see a few.

This GPX file can be downloaded in the link near the top of the page.

This route is 5.4 miles round-trip and gains 3300 feet.  In Butte Valley, start from either Greater View Spring or Russell Camp and hike southwest towards the low saddle, which is less than a mile away.
Follow the wash up to the saddle and turn right (northeast).The main summit and northeast shoulder will be visible high above. 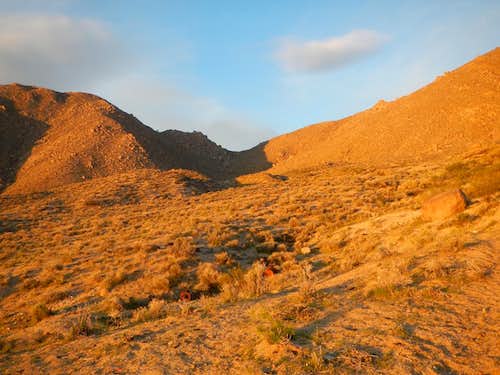 Key Saddle
Ascend the steep ridge on a northeast bearing for a little over 2 miles, bypassing occasional boulder piles along the way. 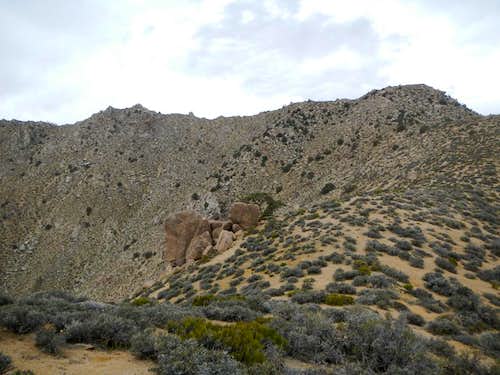 Summit and Shoulder
From the shoulder, follow the remainder of the ridge southwest for another half mile, on an even keel, to the southwest where the massive exposed boulders are. 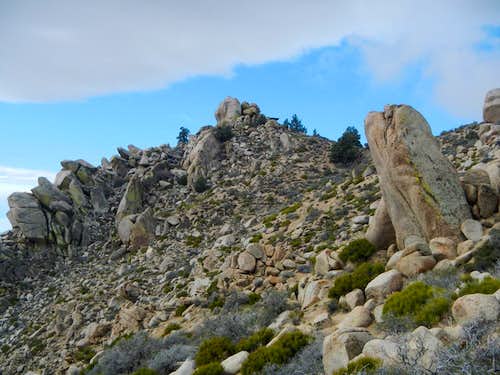 Manly Summit Block
Make your way to the west side of the highest rock and look for the summit register below the slab climbing route. The slab is between 25 and 30 feet high with a 5 foot featureless vertical base. 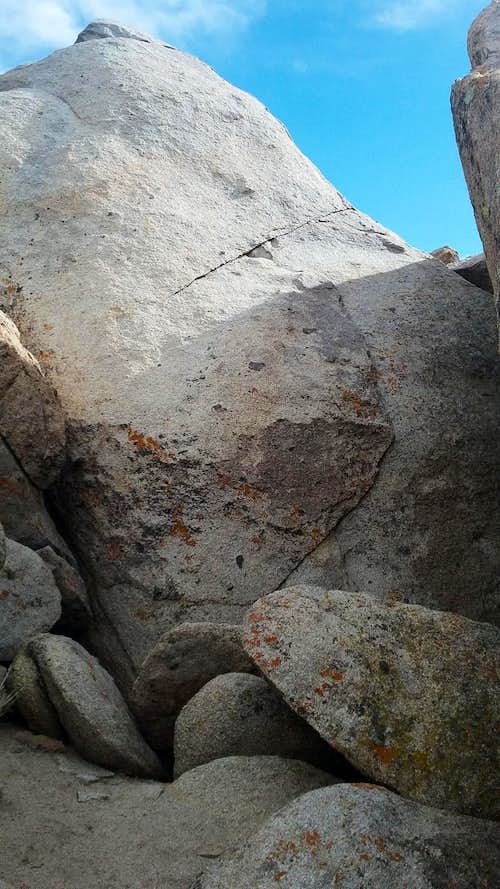 Summit Boulder West Side
There are two standard routes on this easiest side of the boulder. The first option is to climb a large detached flake and make an exposed step across move to a single good foothold. 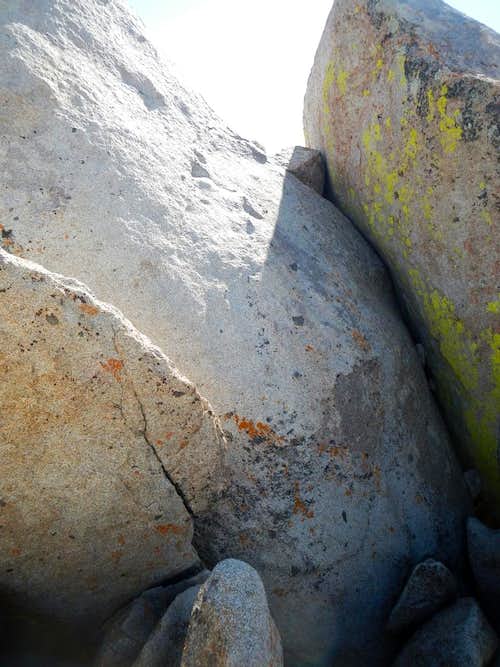 Flake and Chimney
The second option is to climb the slanted chimney at the far right side of the slab. Be aware that both options involve some degree of exposure. There is an open hole below the chimney which could drop you much further below where the climb actually starts. 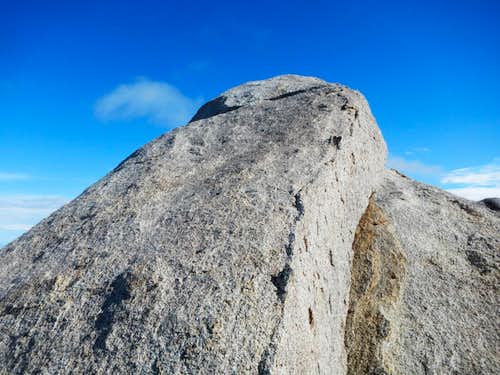 Hidden Ledge
Where the two routes converge at the top of the slab, there is a hidden ramp that leads to the top of the boulder. Near the very top there is at least one good crack which probably takes middle sized cams. Using a rope on this route is a good idea, especially for the inexperienced climbers. 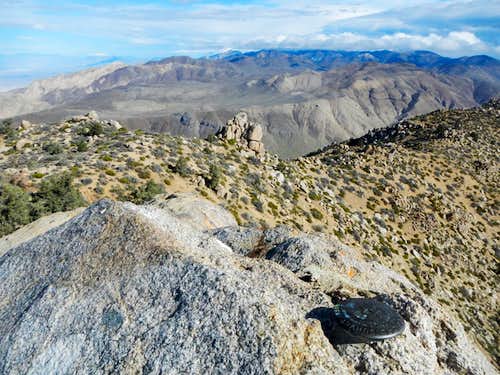 View North From The Top Of The Boulder

Getting to Butte Valley is no doubt one of the hardest parts of this trip. High clearance and 4 wheel drive is a must for any vehicle entering the area. There are two roads. One is bad and the other is extremely bad.

The Ballarat-Wingate Road-Coyote Canyon Road-Goler Wash-Mengel Pass driving route will not be described here. It gets more rugged each year and is now only passable by the most extreme off-road vehicles (see video below). Prolific peakbagger Craig Barlow says it’s still the worst road he has ever driven in a truck. 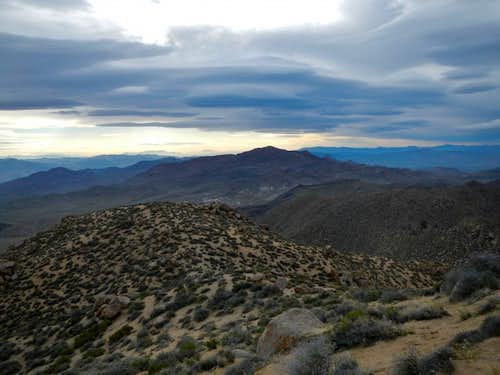 Needle Peak As Seen From Manly
The best way to reach Butte Valley is from the east on the Warm Springs Road. Keep in mind that the nature of this road can change with every significant rain. In March of 2017 it was possible to drive a Subaru into Butte Valley, however just barely and that might not be the norm. If you want to play it safe bring a truck, a jeep, or some larger SUV.

Here's a link to some Google Maps driving directions. 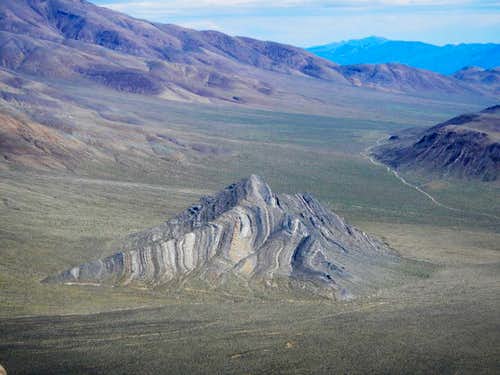 Striped Butte As Seen From Manly
Continue on Warm Springs Road for 22.4 miles, going over a pass and ending at a junction near the first stone cabin at Anvil Spring. Watched for exposed bedrock when the canyon narrows. Turn left onto Coyote Canyon Road and continue another 0.5 miles south.

It might be possible to drive the unnamed road another 0.4 to Russell Camp or you might prefer to park at the cabin at Greater View Spring. 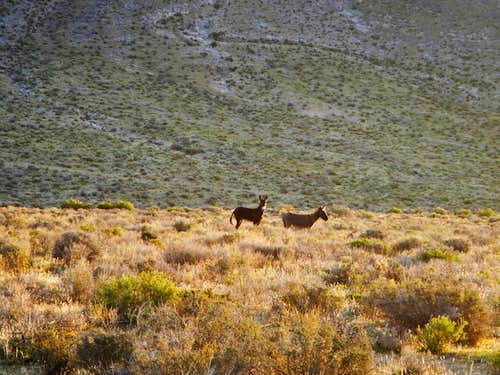 Wild Burros
Manly Peak is partially inside Death Valley National Park which has a loosely enforced entrance fee. Driving the Warm Springs Road takes you through the park. Backcountry camping is free at in Butte Valley and you are allowed to stay in the various cabins located there, some of which are not inside the e park boundary, however Haunta virus is a risk, so entering the cabins is not suggested. Contact the park service for more information.