The mountains that make up Shenandoah National Park consist of a segment of the Blue Ridge that lie entirely within Virginia. They rise up impressively from the Shenandoah Valley, with some lofty peaks reaching over 3,000' above the valley floor. The highest mountain is Hawksbill (4,051'). Hawksbill is one of only two mountains over 4,000' in the park. Many of these mountains can be reached by a scenic highway called Skyline Drive. While many peaks are accessible from the valley floor, Skyline Drive offers easy access to many of the best spots in the park. Shenandoah also has numerous waterfalls and some say that the best of park is in the forests, rather than atop the summits. 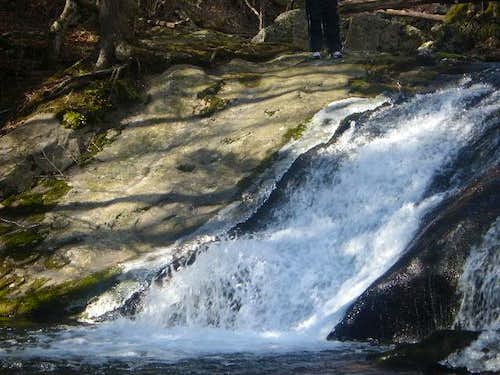 The most popular mountain that can be climbed outside of Skyline Drive is Old Rag. Old Rag is very unusual because it is mostly rocky on top, with 360 degree views. It is no surprise this is the most popular mountain in the park, especially due to the fact that it is barely 75-80 miles from Washington DC, and even closer from suburbs in Fairfax County. 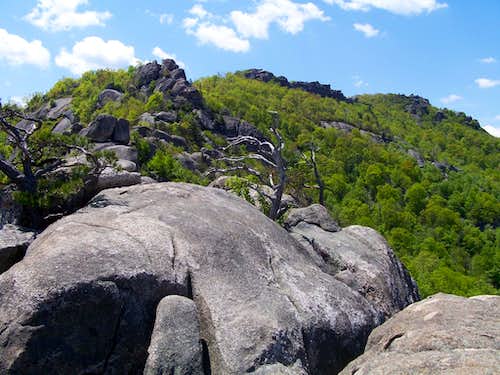 The Shenandoah National Park mountain list has grown on Summitpost.org and will continue to grow as more people identify new and interesting summits. There are plenty already on the site; more than enough for a novice to Shenandoah to choose from, with numerous routes of varying length, elevation gain, and difficulty. Among the most rigorous routes that require a combination of hiking and scrambling are Little Devil's Staircase to Hogback Mountain, Old Rag, and Mary's Rock via the "over-the-tunnel" bushwhack (which can most safely be climbed in winter and requires class 2 and class 3 rock scrambling and route finding).

There are 4 entrances to the park. The North entrance is at Front Royal. This is the closest to Washington DC; about 72 miles. To get there, take I-66 West to exit 13, and take rt. 55 West, following signs to Skyline Drive. This is a good route if you want to hike Compton Peak or Mount Marshall.

The entrance closest to major hiking areas like Mary's Rock, Stony Man, and Hawksbill is Thornton Gap. To get there from DC follow I-66 West and exit onto US 29 at Gainesville. Follow to Warrenton, and take 211 West. Take 211 past Sperryville up the winding mountain road up to the entrance.

The Southern entrance to the park, Rockfish Gap, is better accessible from Charlottesville. Rockfish Gap is actually off of a major interstate, I-64. It is the point where Skyline Drive meets the Blue Ridge Parkway. Down here you can reach the southern Shenandoah Mountains, which don't include any major peaks, but certainly offer some pretty country.

Access to Skyline Drive cost $30 for an annual pass. If you do not live in the DC area, you can pay the $15 fee to enter Skyline Drive ($10 from December-February).

Camping
In general, campsites are not always open during the winter and spring. Backcountry Camping Permits are required and are available free from park headquarters, visitor centers, and entrance stations. Appalachian Trail hikers may self-register for permits on the AT near Rockfish Gap (south) and Chester Gap (north).

Campfires are not permitted (except at pre-constructed fireplaces at back-country huts and day-use shelters). Groups may not exceed 10 people. For more info consult the park website.

When to climb
Hiking in Shenandoah can take place all year round. The summer is often the prettiest because of the sharp green color of the mountains, however, the fall colors are also very pretty. However, the best time to hike the Shenandoah mountains is in the winter and early spring. The reason is because the trails are less crowded and less overgrown. Some mountains are better hiked with some minor bushwhacking, and the winter provides more opportunities to hike more remote mountains. There are also less bugs and no bears during this time, which is always a plus. The only warning is that the park, or sections of the park, may be closed if road conditions are poor. This can happen for extended periods of time after a winter storm. However, Skyline Drive is open most of the winter time, and many mountains in the park can be hiked from the valley floor, even if Skyline Drive is closed. See individual mountain pages to see if they are accessible this way. It is essential that during the winter and early spring, you check with the park before you leave to check on road conditions. Call 540-999-3500, press 1 and then 4 to hear road conditions and weather reports. 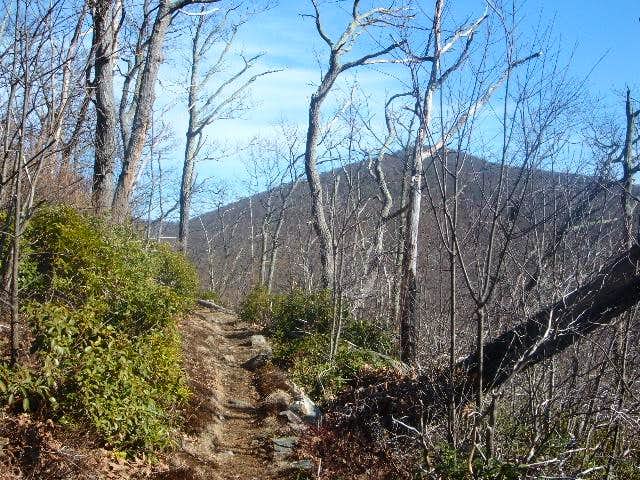 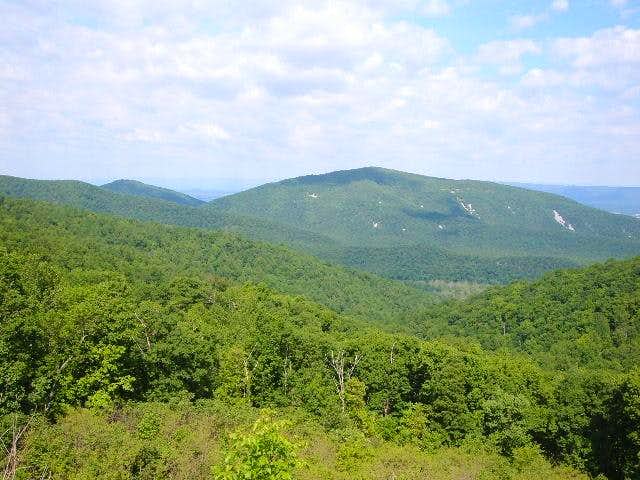 Rocky Mountain during a green summer 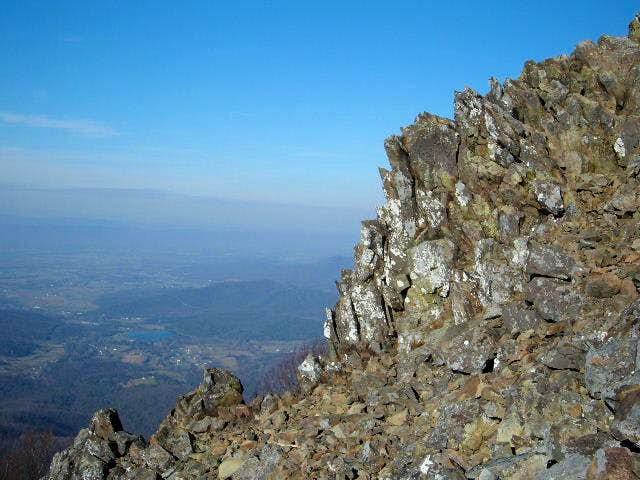