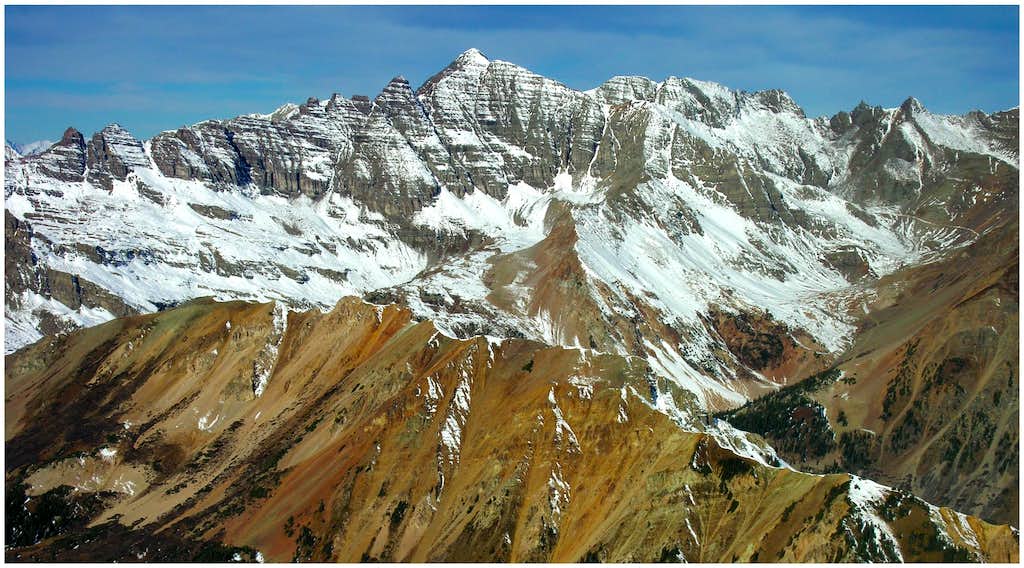 The Castle Creek area
Five major tributaries drain the northern terrain of the Elk Range; they are: Castle Creek, Conundrum Creek, Maroon Creek, Snowmass Creek and the Crystal River. Four of them reach the well know Roaring Fork River, while Conundrum Creek flows into Castle Creek. Castle Creek, along with Snowmass Creek and the Crystal River are the Elks three most important watersheds. All of them are the result of heavy glaciation. Narrow, sweeping ridges are common sights in the Elk Range and they are the result of a time when large glaciers formed in the upper valleys and slowly ground away at the slopes of many mountains. 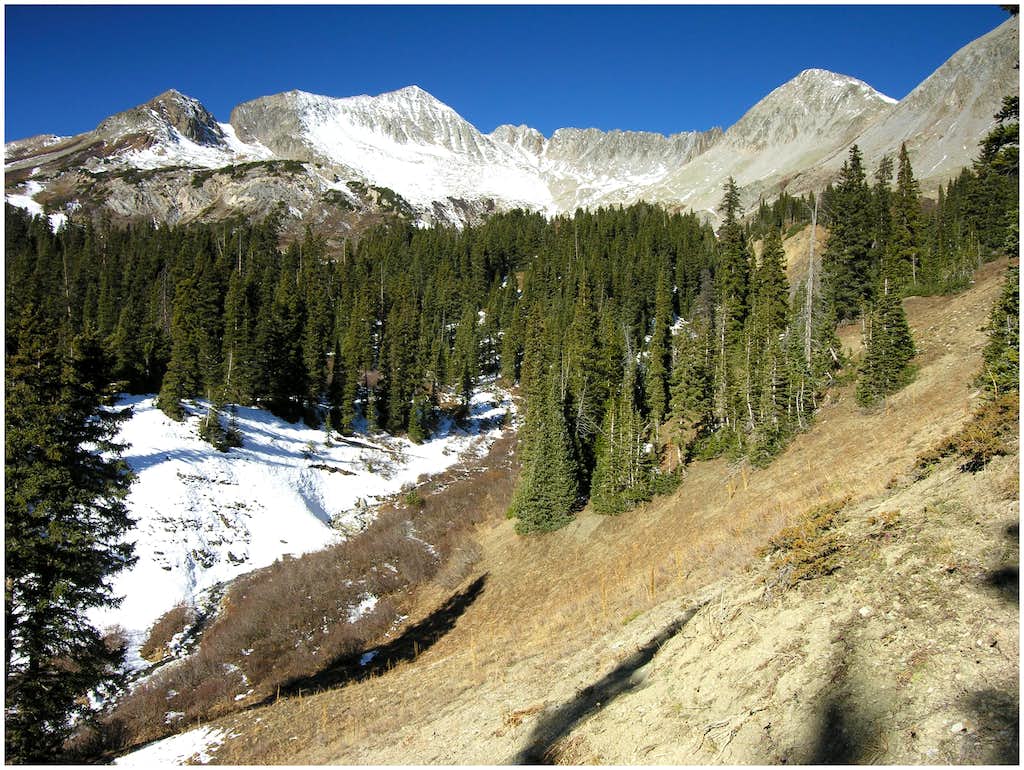 Providing Castle Creek’s first water source is Star Peak, a beautiful peak that bookends the upper reaches of the Castle Creek watershed. Star Peak ranks in at 242 on the list of highest Colorado mountains. Star Peak also plays a major role in two additional drainages to the south, the Taylor River and East Brush Creek. Both tributaries flow south, southwest until they eventually reach the mighty Gunnison River.

Just south of the rustic Elk Mountain Lodge, Star Peak, Pearl Mountain and the Castle massif form the much-needed fortress that keeps the historic mining towns of Crested Butte and Aspen far away from each other. Only Pearl Pass provides a place where these two very different towns can access one another. However, there is a small problem with access to Pearl Pass (12,705-ft). The infamous 4wd road has a well-deserved reputation as the most rugged and difficult road in the Elk Range and one of the most difficult in all of Colorado. Leave it to legions of mountain bike riders from both towns to take advantage of the rough access and outstanding scenery. 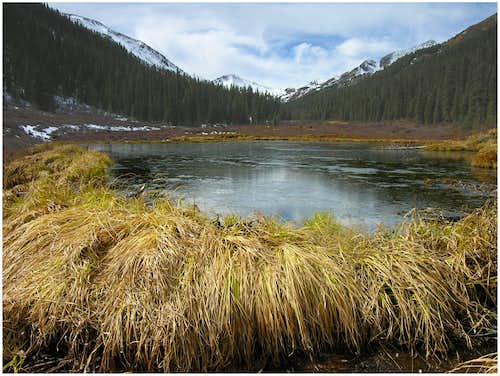 Star Peak stands guard
Star Peak is eroding as fast or faster than anything in the area, including the Maroon Bells massif, or the Pyramid Peak massif. Star Peak’s summit hosts maybe 20 climbers a year. About 15 of them climb the peak in late winter or spring to take advantage of the ideal snow couloirs that rib the south face. For a late spring into summer climb, the North Ridge Route is a dangerous endeavor. After surviving the climb, the payoff is worth the effort for the summit view is spectacular. So, climb the North Ridge at your own risk. Without snow, be very prepared for moving slopes of sharp talus, and exposed class 3 and 4 climbing. Oh yea, do your best to ignore the sounds of rock fall too. Only a mesmerized fool climbs Star Peak in the summer. Make me one of them, a mesmerized fool, drawn by her looks and stricken with some type of chronic “summit fever.” Oh well, it was worth it!

For a spring-consolidated snow climb or ski descent, please refer to the one and only source, Louis Dawson’s “Colorado Backcountry Skiing Vol 1”. The southwest face harbors a few nice snow couloirs, however approaching this face requires an ascent over Pearl Pass. Late winter and early spring along Pearl Pass means considerable avalanche danger and more than a few have lost their lives here. A quote from Louis Dawson ”Traveling the last mile of flat road to Pearl Pass exposes you to major avalanche danger. Ashcroft area resident Lynne Durr died in a massive slide on this section of road in March of 1991. This author’s solution? Use a snowmobile and quickly race beneath the paths, thus avoiding private property issues and death by avalanche”

Seemingly far away, the Taylor River area can easily be reached via a good road over Cottonwood Pass.

The Taylor River Trailhead (10,760-ft) can be approached from either Buena Vista or Crested Butte; I will describe the Buena Vista approach. From Buena Vista Colorado, drive west to Cottonwood Pass (12,126-ft.) on a paved road. Conditions permitting, the pass is usually open from mid to early May to mid to late October.

From Cottonwood Pass drive 13 miles on an improved dirt road to Taylor Reservoir. Measure from here: Turn right/north on the Taylor Park Road/742; it is an improved dirt road with plenty of “wash-board”. Pass the Spring Creek Reservoir/748 turn-off at mile 7. The Italian Creek Road at mile 9.6. The Taylor Pass Road at 15.5 and reach the very end of the road at 18.6 miles. There is a nice parking area here.