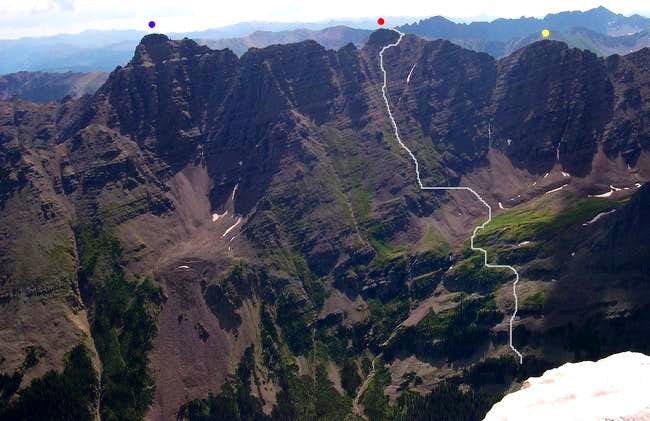 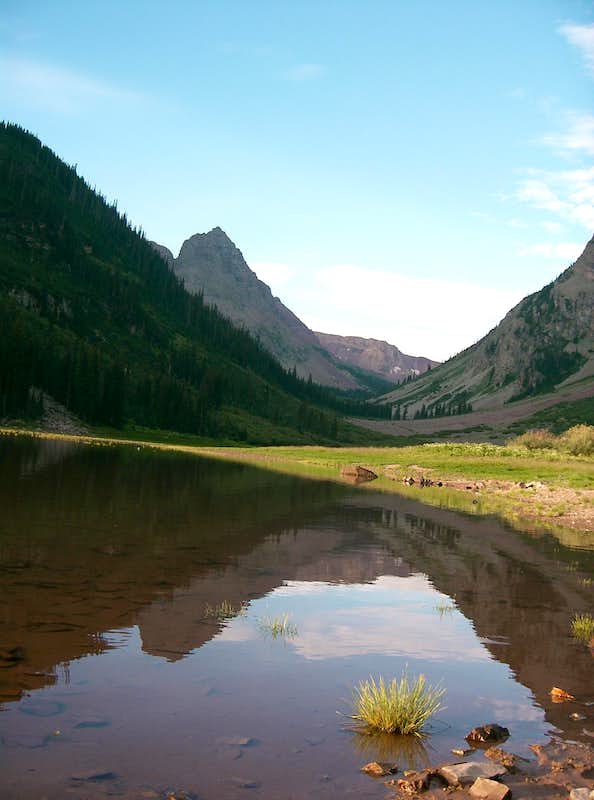 Approach "Lightning Pyramid" from the Maroon Lake Trailhead (9,590'). Drive 82 west from Aspen. Drive south on Maroon Lake Road 9.4 miles to the parking area. From mid-June through mid-October, the Maroon Lake Road is closed during the day. The hours change during this period. The closure starts as early as 7:30 am and runs as late as 7 pm. During the road closure a free bus shuttle from Ruby Park in downtown Aspen or Highland Ski Area will take you up there. Call RFTA 970-925-3445 for details.

From Maroon Lake TH, hike southwest towards Crater Lake and take the left fork towards West Maroon Pass. Leave the trail at 10,600, climb east, then southeast on talus and grass to the broad basin west of Thunder Pyramid and "Lightning Pyramid". You will encounter cliff bands. Gullies allow progression up towards the basin. Continue to the basin's head. Climb left up a talus slope to the 13,300' saddle north of UN13,631. The climb south UN13,631's summit takes longer than one would think due to the ridge steps. The steps can be climbed or bypassed by staying on the east side of the ridge. Descend back to the saddle and continue to "Lightning Pyramid". There are many obstacles to avoid, but most of the climb is class 2+ with much route finding and loose rock avoidance. Stay to the right (east) side of the ridge to avoid difficulties. Descend the south ridge or continue north to Thunder Pyramid. 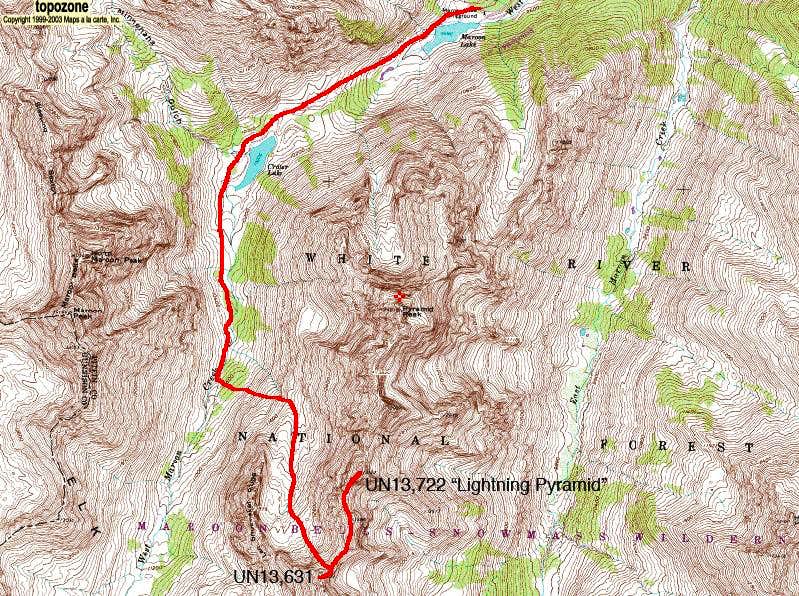