Treasure Mountain, UN13407, and the mighty Elk Mountains, from left to right, from the summit of Treasury Mountain. Photo: JonBradford 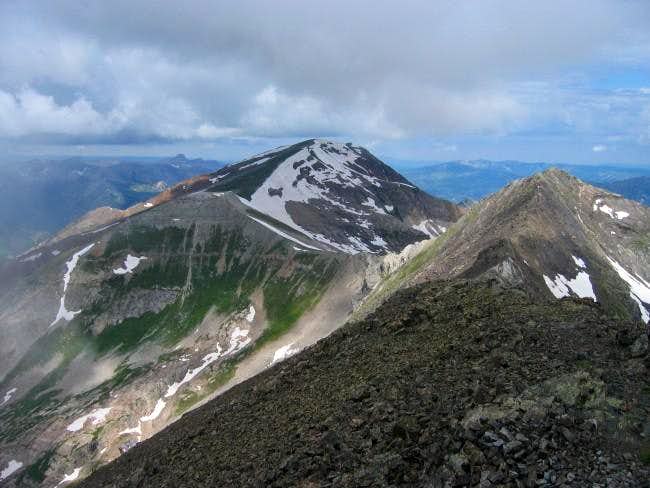 Treasure Mountain & UN13407, from left to right, from the summit of Treasury Mountain. Photo: JonBradford

None of the five routes listed below are technical, but the views from the summit are spectacular. From the summit, one can see the massive San Juan Range, the Maroon Bells-Snowmass Wilderness and the surrounding Raggeds Wilderness. 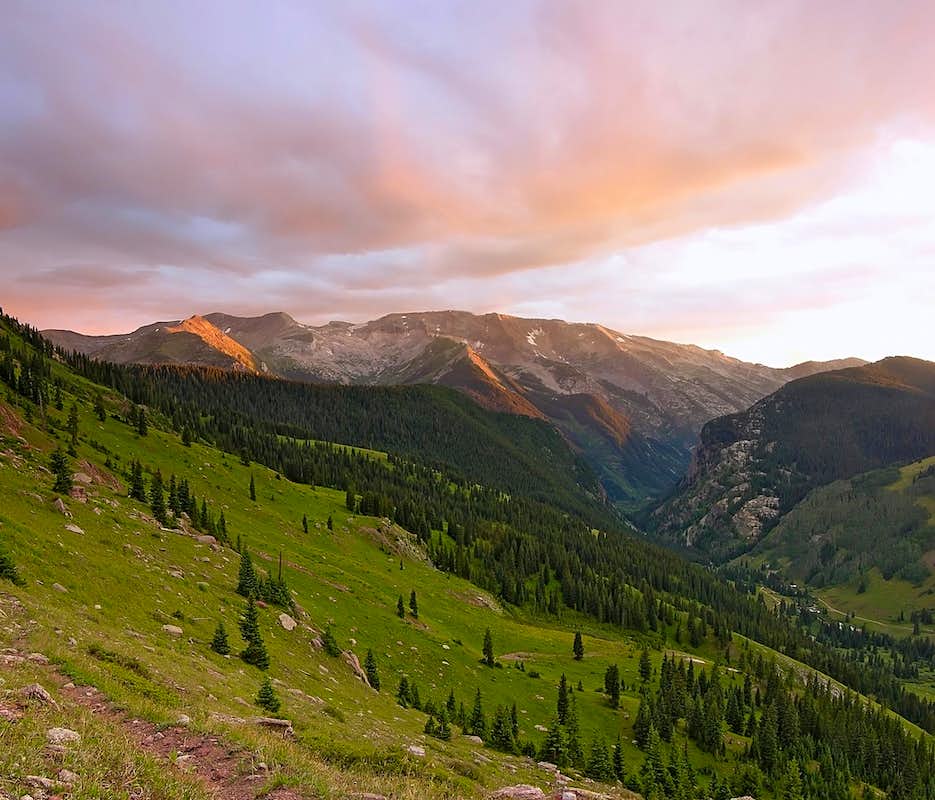 Since Treasure is so massive there are five routes all accessible via Marble, Colorado.

Drive Highway 133 from Paonia or Carbondale. Turn east onto a well-signed road leading to Marble on the north side of McClure Pass. Drive 6 miles to a stop sign in Marble. Turn right onto Quarry Road. Drive 2.6 miles and park at the base of Mud Gulch. This is the same trailhead for both Marble Peak and Whitehouse Mountain. Follow the Yule Creek Trail to the base of Treasure Mountain's southwest face. Climb the drainage past Yule Lakes to Treasure Mountain's summit. 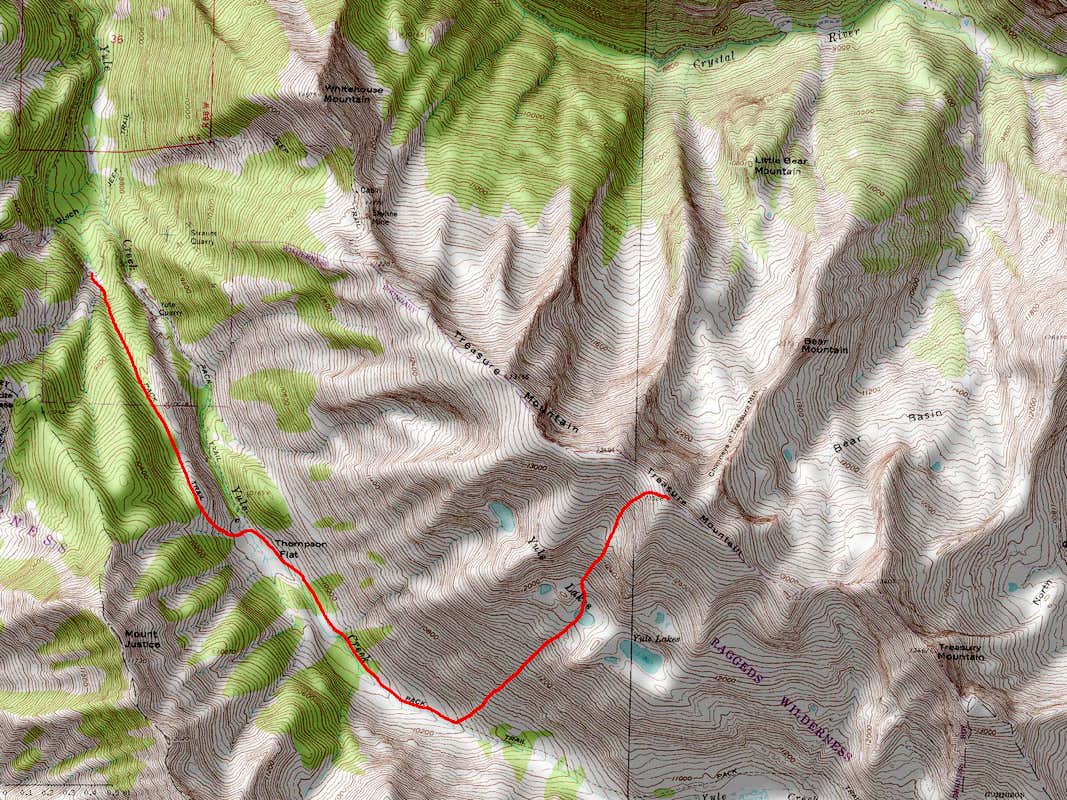 Northern Section of the Raggeds Wilderness:

Southern Section of the Raggeds Wilderness:

Camp at a trailhead or lodging is available in Marble, CO.