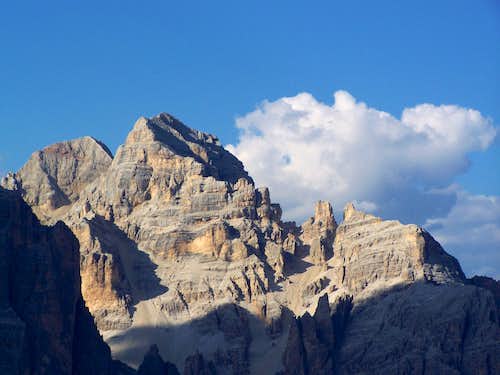 Wiew from south - from Ra Gusela

I created this page for SummitPost in September 2011. Now SP has 116 pages dedicated to the mountains of the Dolomites. Weird, but Tofana di Mezzo - despite its outstanding position - was not on SP up to now! The only explanation I can find is that there is a possibility for everybody to get to the peak by funicular service. Really, for mountaineers it's not a positive factor - but also not a reason to neglect this peak and not to ascend it by human force on one of the ferrata routes or by other ways. I'd encourage everybody to visit this peak!

Tofana di Mezzo is a steep bare dolomite rock pyramid, with no vegetation above 1800-2100 m. 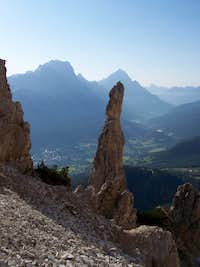 First known ascent: August 29th, 1863, when Paul Grohmann reached the summit of Tofana di Mezzo in the company of the hunter Francesco Lacedelli from Cortina.

WWI: From May 1915 till November 1917 the front line was just here on the Tofanes, with minimal changes in pozitions, but with many people killed both on the Italian and on the Austrian-Hungarian side. 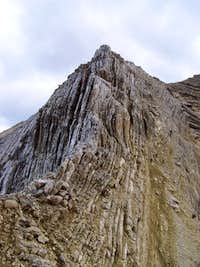 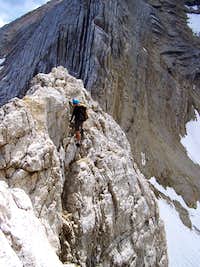 1) From the uppermost station of the cable-car called "Freccia nel Cielo" (Arrow of the Sky). The funicular doesn't operate to its uppermost station in winter, for safety reasons
You find much information about the cable car here. Distance from the station to the summit: approximately 150 m
Altitude difference: 53 m gain (from 3191 m to 3244 m)
Difficulty: everybody can do it

2) Via Ferrata Lamon - from Tofana di Dentro
Distance from Tofana di Dentro: 1.1 km
Altitude difference: approximately 160 m loss and 165 m gain
Difficulty: 2.5 - B. Technically easy, power is not needed, exposure is medium in the short middle section. In optimal weather condition, it can be done without ferrata set. Otherwise ferrata set and helmet is advised
To Tofana di Dentro you can "walk" up from many places: from Rif. Duca d'Aosta (the place is called Pie Tofana, too), from Rif. Ra Valles or from Fiámes 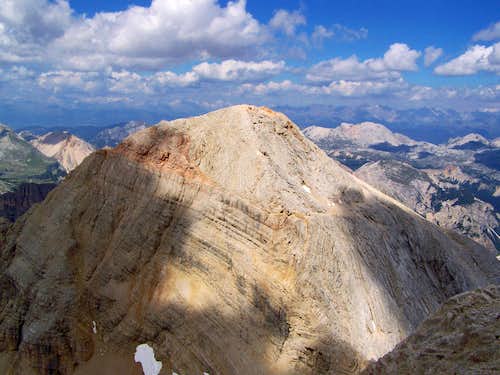 You must expect many people on the summit. This is the result of the cable car service. There is a cross on the summit, and a fence on the north side of the small summit plateau in order to prevent inexperienced tourists from falling and dying. 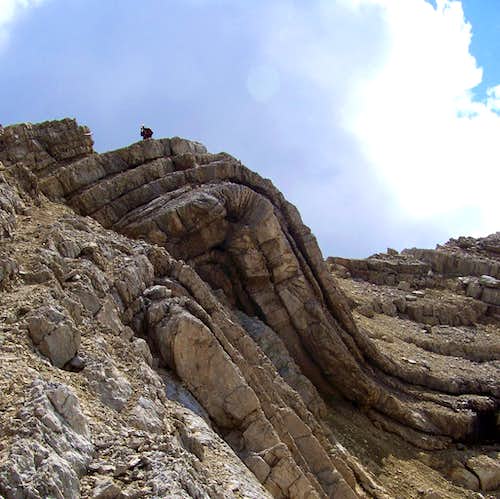 Illustration to a book of geography

Maybe add some links about the weather? Great page otherwise!

Thx for your suggestion! Now I inserted my favourite weather forecast page