The icy basin of Argentière, lying on the North side of Mont Blanc group, is one of the finest mountain scenery an alpinist can see inside the massif. This magnificent glacier is a world primary destination for the ice-climbers, due to the superb ice routes running on the North faces of the mountains rising along the left orographic side of the glacier and overlooking the Refuge d’Argentière.

The sunny rocky satellites of Aiguille d’Argentière, just in front of the scenery given by the North faces of the famous triptych Triolet, Courtes and Droites, show quite a different character and constitute a climbing alternative for granite lovers. They’re becoming often climbed in reason of this awesome situation and also of their high quality rock: the well known granite of Mont Blanc. Aiguille du Génépi is one of these, a pure red protogyn granite peak rising nearby the Refuge d’Argentière. The most interesting face is the East one, overlooking the shelter and the upper icy basin of the Argentière Glacier, inside a breathtaking scene.

The starting point is the little village of Argentière m. 1240 (8 km. North-East to Chamonix-Mont Blanc) Main road access to Argentière are:

Reach the parking of Grands Montets cable-car in the village of Argentière. From here there are two possibilities to reach the Refuge d’Argentière, the starting point of all the climbs on the satellites of Aiguille d’Argentière:

A - Take the Grands Montets cable-car to the Lognan middle station m. 1973. From here follow an unpaved road, then the trail getting the orographic left side moraine (the right hand side by walking)of Glacier d’Argentière. Walk on the moraine as far as the height of 2250 m., lightly descent on a track getting the flat start of the glacier, follow the glacier, then again the track on the moraine as far as a system of iron stairways climbing the slabs on the right of the glacier. Climb the stairways to the summit of the moraine. A good and panoramic path follows the moraine, ending at the junction between the Glacier d’Argentière and the Glacier des Rognons. Downclimb some granite blocks (yellow marks) to get the flat surface of the Glacier d’Argentière, walking at first on the right side (by walking), then in the middle, finally traversing to the left side to take a good path leading to the hut. Longer but easier approach. From 3,30 to 4 hours from the Cable-Car station.

The fine granite wall of Aiguille du Génépi gets the sun at 8.00 o’clock in full summer and dries quickly, so it’s possible to climb soon, after the bad weather, and also in winter, doing the long approach by skies and obviously with the correct gear. Very fine routes are traced over this side of the peak, but the classic one is the Arete du Génépi or Arete Sud. 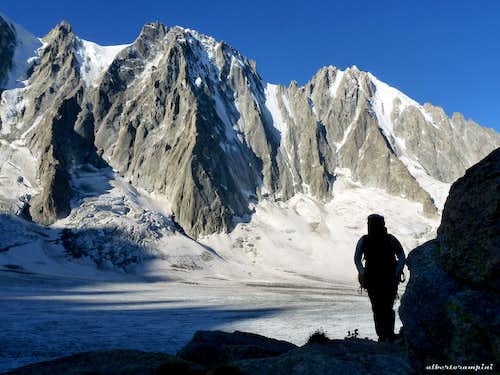 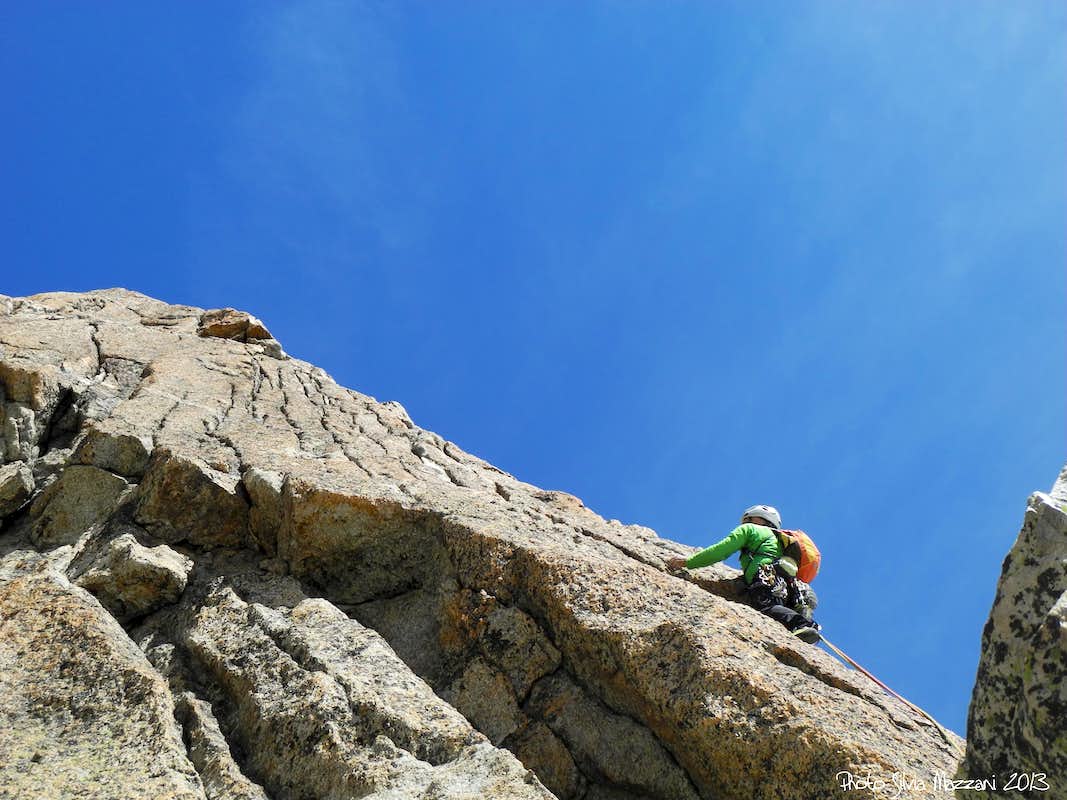 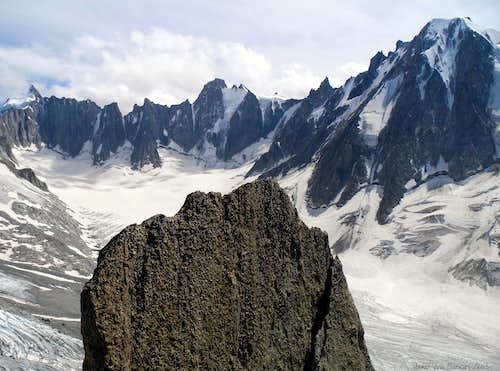 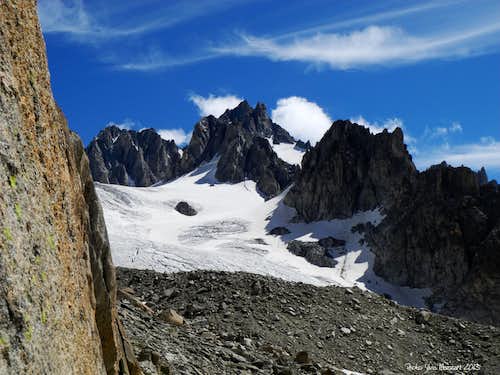 No restrictions in climbing, mountaineering and hiking.

Best season goes from the end of June to the middle of September. The sunny East face of Aiguille du Génépi is a classic destination also in winter time, by doing the long approach by ski and obviously with the correct gear.

Situation: Mont Blanc group - South West shore of Glacier d'Argentière
Open: from February to May and from June to September
Size: 150 persons + 30 in the winter-shelter
Getting There: from the village of Argentière by the Grands Montets cable-car to Lognan station (middle station) or to Grand Montets station (upper station)
Hut's phone : +330450531692

Where to stay in Chamonix

Chamonix is a primary mountaineering destination, offering several accomodations (hotels, huts, gites, renting rooms). Numberless campsites are situated both in the Northern and Southern ends of the town. Main campsites: