Not to be confused with the other nearby Peak 13510 ft.
Note about name: This Peak appeared as "Bridal Peak" on USGS Maps in the 1950s. The name was then dropped for some reason and the peak was known as unnamed Peak 13510 ft (T11) until the name was restored again in 2014. See this link by Chicagotransplant.
Rank: Bridal Peak is Colorado’s 250th highest ranked peak.


Bridal Peak belongs to a long line of 13ers that rise to the west of Route 550 between the towns of Ouray & Silverton in the San Juan Mountains of southwestern Colorado. Jagged summits, high alpine bowls and countless lakes point to distant glacial activity in the area. A trail starts near Route 550 and goes up to a high plateau to reach the 12685 ft Columbine Lake. Before reaching the lake, you could leave trail and hike to the summit of Bridal Peak. 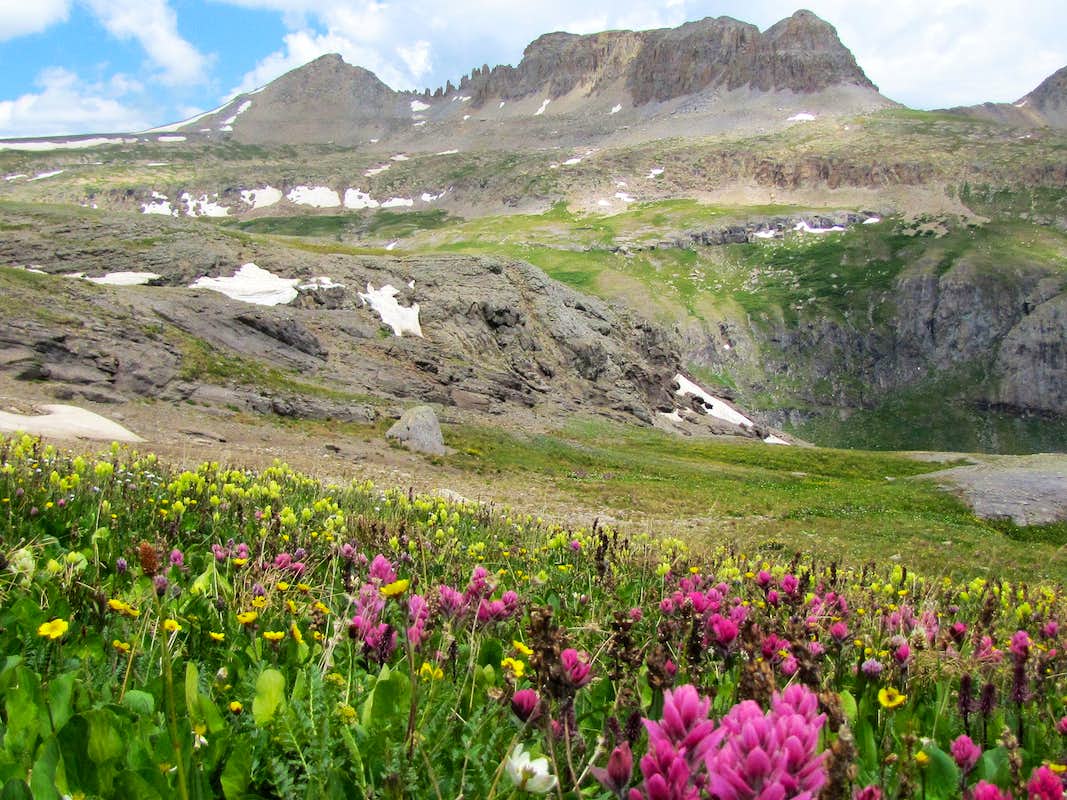 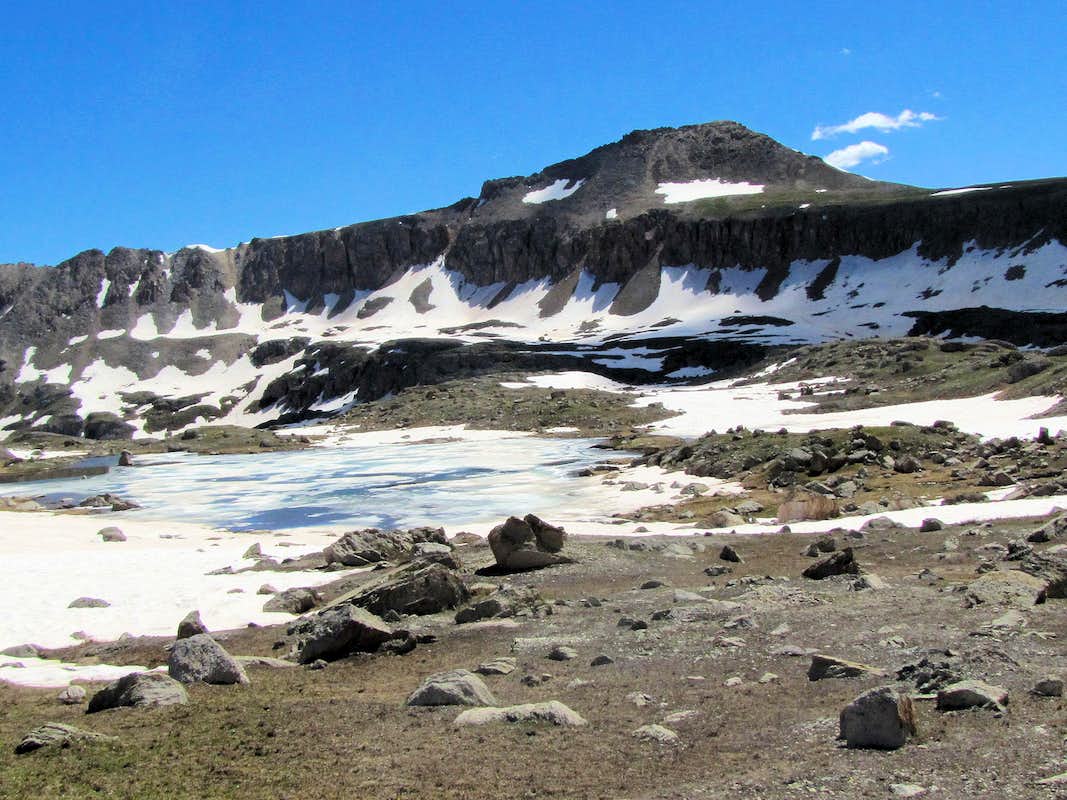 Drive 4.4 miles south of Red Mountain Pass on Route 550 (16 miles south of Ouray). Turn right onto a dirt road on the west side of Route 550 (the surface of this road was not rough but it had steep sections. I used an all wheel drive vehicle). The road makes a 180 degree turn and heads north parallel to Route 550 (you may see a sign for Forest Road 820 on the dirt road). You will soon have to cross Mineral Creek. There is no bridge here but the creek was no more than a few inches deep when I was there in early July. The road then makes a few switchbacks and goes up a slope heading south. You will soon reach a clearing in the forest where there is room for 2-3 cars to park (the distance from Route 550 to this spot is probably around one mile). You can park here. You will then have to hike the road south a few hundred feet going slightly downhill to reach the trail on the right side in the pine forest. The trailhead is not signed but a blaze may be seen on a tree.

I noted a few cars parking right by the start of the trail but there was hardly enough room to keep the road clear. If you continue south on this road, after about another mile, you will reach the beginnings of Ophir Pass Road near Route 550 just north of Silverton. You will find a bridge over Mineral Creek via this approach. The trail goes into a pine forest making many switchbacks going up a slope. 
The trail continues up toward the saddle. You can look back to get good views of the red colored Ohio Peak and Anvil Mountain rising on the east side of Route 550. 
To the southeast, you will see the jagged summits of the Grenadier Range. 
Once you reach the 12500 ft saddle, Bridal Peak comes to view to the northwest. 
Red Mountain #3 can be seen to the northeast. A small portion of Route 550 may also be visible far below. 
A big plateau with a hilly surface opens up to the west. Columbine Lake remains hidden behind the hills. Small streams create a number of valleys among the hills. The trail heads west toward Columbine Lake. I actually lost the trail but the route to the summit of Bridal Peak was clear. I hiked the grassy surface of the plateau to reach a 13058 ft saddle at the base of the southwestern ridgeline of Bridal Peak. You can then walk up the ridgeline a short distance to reach the summit. No fees or permits for day hikes.

See the forecast for the near by town of Silverton.