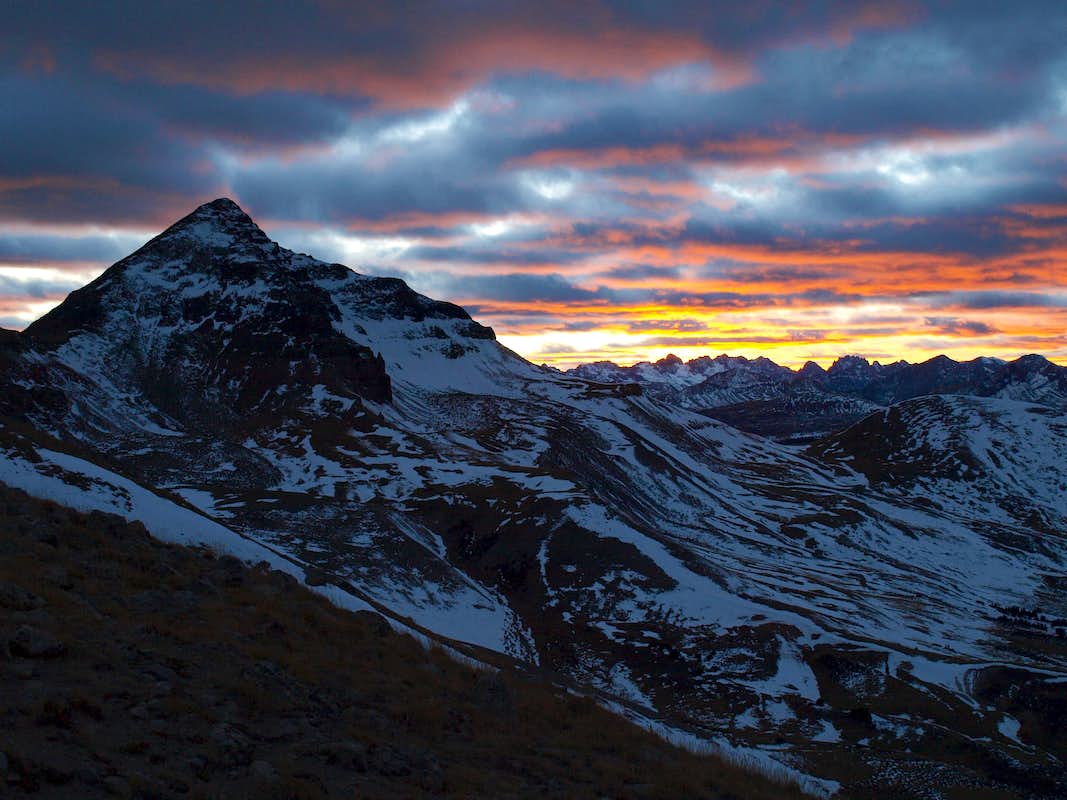 Ancient, singular, and stoic, deep within the vast expanse of Colorado’s Weminuche Wilderness, the Rio Grande Pyramid stands as a solitary guardian. Colorado’s 97th highest mountain, and perhaps its most stately named, the Rio Grande Pyramid dominates its environs. Most of Colorado’s Centennial 13ers have at least one nearby 14er, but not RGP. If RGP was not interesting enough in itself, the Window, a large notch in the volcanic dike running south from the mountain, adds even more character.

In somewhat interesting contrast to its rather dominating character, the area that surrounds Rio Grande Pyramid is different from that which surrounds most of Colorado’s high peaks. This area of the Weminuche Wilderness is fairly gentle, more pastoral than alpine. This mountain’s usual approach follows a gentle, broad valley, bordered by the treed slopes of rolling mountains, with the meandering Weminuche Creek running through the meadows of its floor. Little elevation is gained along most of the first half of the approach to RGP. In this wilderness sanctuary large animals such as elk and moose make their home.

Due to its remote wilderness location, almost any good view of Rio Grande Pyramid must be earned through wilderness travel and/or by climbing a suitable San Juan lookout. When viewed from other San Juan peaks, RGP floats alone and lonely to the east. RGP is the kind of mountain that indeed emits a siren call to many. If you love the solitude and peace that the mountains offer, perhaps there are only a few other mountains which would be a better choice to visit. Rio Grande Pyramid and the Window can be climbed in a long day trip (22 miles RT). However, I recommend making at least a two day trip of the visit. This allows you more time to better experience and enjoy this Rocky Mountain sanctuary.

A sojourn to the Rio Grande Pyramid is perhaps among the most special experiences that a person can have within the Colorado mountains. A first visit to RGP has become a cherished memory for many who have made the trip. It is a place where a person can indeed go to in order to get away from the noises and cares of everyday life. Here you can deeply live in the present moment, or you can retreat within yourself and ponder things that are, have been, or will be. 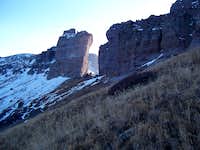 Like the peak, the Window is also visible from the peaks to the west. The Window is a special place. It offers a unique view of the mighty Needles and Grenadiers to the west. Indeed, the Window is a seemingly timeless perch from which one can gaze out upon the vast, jagged sea of the central San Juans, a mountain range unlike any other in Colorado. Well worth the additional mile to the already long trip mileage, a visit to the Window is a requisite part of the classic trek to Rio Grande Pyramid.

If coming from Creede, take State 149 south (toward Lake City) 19.3 miles to the Rio Grande Reservoir sign (Forest Rd. 520). Turn left onto Rd. 520 and go 0.5 miles to a "Y" intersection. Bear left onto a dirt road, staying on Rd. 520, and go 10.8 miles to campground sign. Left turn into campground, and cross the wooden bridge over the Rio Grande River.

If driving from Lake City, take State 149 south 29.5 miles to Rio Grande Reservoir sign (Forest Rd. 520). Turn right onto Rd. 520, and follow the same directions as above to the Thirty Mile Campground.

During the winter, the road in the past has been plowed to within a few miles of Thirty Mile Campground. 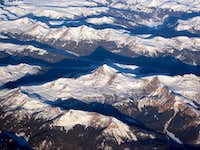 Rio Grande Pyramid is most easily climbed during the summer and fall months. A winter ascent would likely be an effort of somewhat epic proportions due to the long approach through the often deep San Juan snows. The normal route to the summit of RGP crosses avalanche terrain, and appropriate route changes would be necessary. As involved as a winter ascent would be, it has been done in the past.

There is an established snow climbing route on RGP, so a late spring, early summer climb would be in order to take advantage of this alternative ascent.

Before or after your Rio Grande Pyramid adventure, you can camp at the National Forest Service's Thirty Mile Campground located right at the trailhead of the Weminuche Trail. This is a fee campground.

You can also camp nearly anywhere you would like in the Weminuche Wilderness which surrounds RGP. Camping is however prohibited within 100 feet of streams or lakes, unless otherwise designated or posted. 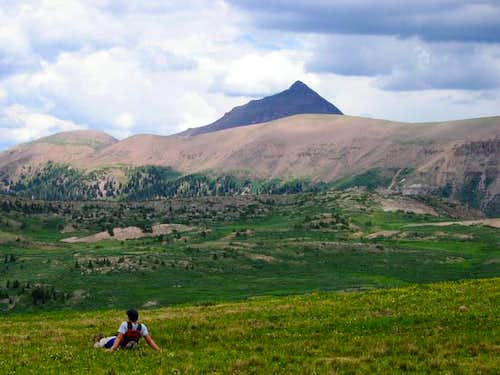 I'd like to dedicate this SummitPost mountain page to Aaron Johnson, it's former author and maintainer, who's writing on the earlier version of this page, and elsewhere on this website, helped inspire me to make the trip into the wilderness to climb the Rio Grande Pyramid, as well as a "Colorado Grand Tour" of sorts...once upon a time...during a special summer...