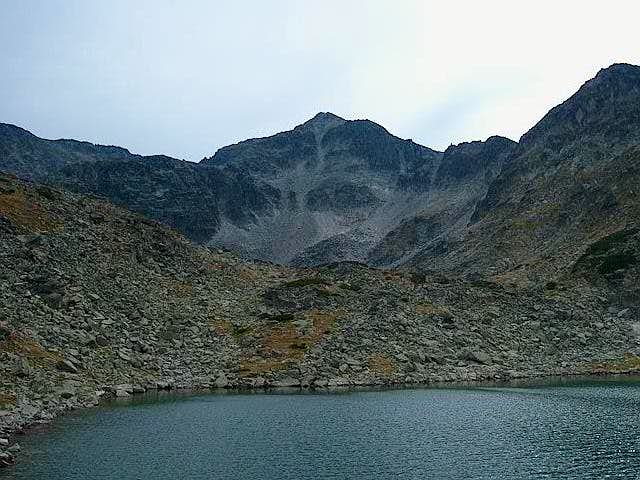 The name derives from "Mus Allah" ("the mountain of Allah"), being so named during the period when Bulgaria was part of the Islamic Ottoman Empire. The old name of the mountain is Tangra.

The first written document about the climbing of the peak chronicles the ascent of Filip II, the father of Alexander the Great.

To climb the Musala peak is an extraordinary mountain experience, enjoyment in devine beauty of impressive massif of Mt Rila and it's highest peaks as are Irecek (2852 m), Malka Musala (2902 m) and of course, Musala (2925 m), the highest peak of Mt Rila.

Summit view from Musala summit is very impressive. You can see all highest peaks of large massif of Rila and highest peaks of Pirin massif and Mt Rodopi. Also, few beautifully Rila Lakes can be seen.

If you are short on time, you can also use the gondola lift Borovets - Jastrebec (2369 m) peak and so save 3 hours of walking/hiking. Then, from Jastrebec peak till Musala summit by walk.

RILA massif is a ideal place for hiking, mountain climbing and skiing. Only 70 km from Bulgarian capital Sofia is a beautiful mountain town and ski resort - Borovets (1350 m).

Borovets is the oldest and the biggest mountain resort in Bulgaria. Lots of world ski championships were organised here. It is located at 1350 m above the sea level on the northern slopes of Rila mountain among age-old pine woods, at the foot of peak Musala (2925 m) the highest one on the Balkan peninsula. Borovets is easily accessible, being at a distance of 73 km from Sofia (the capital of Bulgaria) and 126 km from Plovdiv. The nearest town is Samokov, which is 10 km far from the resort.

At 1,350 metres (4,430 feet) above sea level on the northern slopes of Rila Mountain, among age-old pine woods, Borovets is located at the foot of Moussala peak (2,925 metres / 9,600 feet) - the highest on the Balkan Peninsula. Borovets is easily accessible, being at a distance of 73km (45 miles) from Sofia and 126km (79 miles) from Plovdiv, Bulgaria's second city. Although Borovets is not residential, the town of Samokov is only 10km (6 miles) along the road from the resort.

Established at the end of the 19th century as a hunting place for the Bulgarian kings, Borovets gradually developed into a modern ski resort of high-class and luxury hotels, haute-cuisine restaurants and an excellent network of ski runs and lifts along the slopes of Rila Mountain, providing excellent opportunities for the whole range of winter sports — from Alpine to cross-country skiing, ski jumps and biathlon. The resort twice hosted World Cup Alpine skiing rounds, while the biathlon track is one of the best in the world.

The ski runs are of various difficulty, and are suitable for all, be they beginners, intermediate, advanced or expert skiers. The slopes and runs are maintained in perfect condition, and are designed with international markings and multilingual signs. A snow machine is also used.

The Borovets ski school, with more than 200 ski instructors, enjoys international prestige and long-standing traditions. All of them are fluent in different languages, and many are former professional skiers. Skiing classes are at 5 levels of difficulty, from A to E - in groups or individually - 4 hours per day, for 6 or 12 days. Cross-country skiing classes are for 2 hours daily. All course graduates receive skiing certificates.

Borovets has ten ski rental services, located next to the lift station around the ski runs. They offer 7,000 sets of skiing equipment from world famous companies, as well as toboggans, sledges, etc. Skiers can also leave their own quipment for safekeeping there.

A ski package is available, with a view towards saving time and money, and covers ski school classes, unlimited lift usage, ski and boot hire or storage of one's own skiing equipment.

The Ski Patrol, based at the first station of the cable lift, provides a round-the-clock emergency service. It is organised in four teams, fully equipped with all necessary equipment, including a helicopter, if needed. The air in Borovets is crystal clear and totally free of any pollutants, while the average temperature during January, the coldest month, is -4.6ºC.

The Peter Popanguelov (famous former Bulgarian ski star) Ski School for Expert Skiing and its 10 highly qualified ski instructors are ready to offer their services to those who want to hone their skiing skills to world championship level.

Toboggans, swimming pools, saunas, fitness centre, billiards, table tennis, bowling, sleigh rides and helicopter flights are some of the activities on offer. In 2007 golf should be added to this list.

During the summer, Borovets offers walks along scenic routes, including many ski-routes, in groups led by experience guides. Organised trips lead to picturesque spots in the Rila Mountains, such as Seven Rila Lakes, Malyovitsa peak, Moussala peak, etc. A photo safari and a visit to the Bulgarian kings' resience of Bistritsa are also organised regularly.

Voted "Best for intermediates" by the Daily Mail, 13 November, 2004: "Adept marketing in recent years has given this Bulgarian destination the highest profile of all Eastern European resorts... Its 40km of pistes offer more challenge than any others in Bulgaria... Both main ski schools have a reputation for friendly instruction, and the standard of rental equipment has vastly improved in recent years."

Information about bus lines and tickets.

The peaks of Rila massif you can climb during whole year, but of course, the optimal period is from mid June - mid September (beginning of October), out of the season of snow on the mountain.

3. Musala Hut, which is located right on the peak (no food, you can buy water in plastic bottles).

Also, you can stay in Borovets town or in Bistrica village (in hotels or in private apartments or rooms) and start from there your Musala climbing route.

The climate of Rila is determined by its geographical situation, on the border between the continental and the transitional Mediterranean climate and the microclimate - by the altitude zones and by the soil and vegetation cover.

The average annual temperature is -3.1C, and the snow-cover lasts 8 months per year.

The winds in Rila blow predominantly from the west and the south-west. There are rarely north-western and north-eastern winds and they are more moderate, and the northern, southern and south-eastern winds do not play an essential role. The quantity of precipitation is significant, about 1200 mm fall on Moussala per year, about 80 per cent of them being snow. The snow cover on the parts of average altitude and the Alpine parts of the mountain often exceeds 2 metres. All these enumerated climatic factors create prerequisites, mostly in the Alpine parts of the mountain, for avalanches.

No fees required.
No permits needed either.
Usual rules of behaviour for NP's do apply.